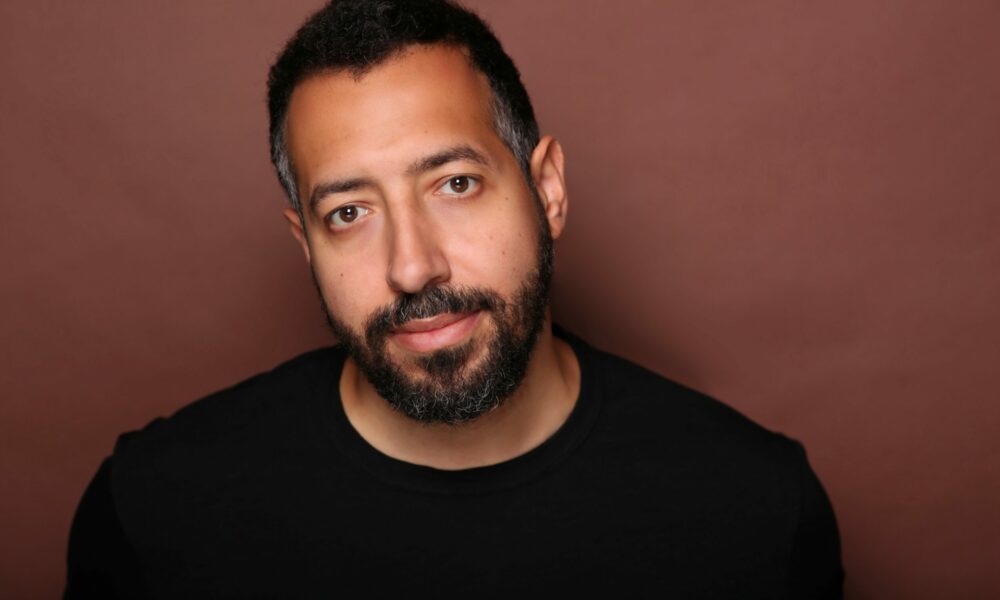 Today we’d like to introduce you to Yousef Ali.

Hi Yousef, thanks for sharing your story with us. To start, maybe you can tell our readers some of your backstories.
My background has always been at the intersection of media, technology, and culture. I grew up as a musician and always had a passion for music of all kinds. As a kid, I was a classically trained pianist for many years.

One of my first jobs was working with Viacom and BET as a digital strategist. I was young, and they were looking for ways to modernize their approach to diversify content into more digital channels. After that gig, I better understood the power of digital media and the role it plays in building a creator’s career.

Next, I started a company focused on helping artists find their most passionate fans – those that would be most likely to purchase a t-shirt, concert ticket, etc. The company worked well, but we were a little early on the trend of the creator economy, so there wasn’t enough scale to sustain the business.

After that, I turned my attention to my current venture, Blast Radio. With this company, we set out to create a simplified way to empower anyone in the world to have their own radio station and reach a fan base with audio. The thinking was that podcasts were super challenging, visual platforms didn’t cater to audio creators, and tools to produce either one was expensive and hard to use.

So, with that, we created a very simple set of products – a hardware device, Blast Box, and some lightweight desktop software – that would enable anyone to broadcast whatever audio they wanted with the press of one button.

To hear the audio, we created a free mobile app, Blast Radio, which is available on the App Store or the Google Play Store. In the app, listeners can follow broadcasters, tune in to broadcasts, send tips to show thanks, and share to help broadcasters build their following.

Put simply – it really is giving the power of having a full professional radio station to anyone that wants it.

Michigan – and Detroit specifically – have been unbelievably important as we’ve established the company. We have a really big community of both broadcasters and listeners in the broader Detroit area – and that was intentional. Detroit has long been a mecca of creative talent and a supportive community behind that talent. My personal taste has been deeply influenced by Detroit’s music scene having grown up on Motown, punk, and techno (in that order).

Over the first year of Blast Radio, I visited almost monthly to make sure I was building relationships and letting the community know that we really cared about them and the art they were creating. That paid off as we now have a group of passionate people using Blast Radio both to share and consume art. It’s really humbling, honestly.

We all face challenges, but looking back, would you describe it as a relatively smooth road?
All things considered, I would say we’ve been lucky in that our process has been reasonably smooth, but it certainly wasn’t easy.

From the outset, we took on a very complicated set of problems. We needed to build a hardware device, which includes embedded systems engineering, electrical engineering, industrial design, gathering parts, cutting steel molds, partnering with a factory to mass produce it, dealing with international shipping, and much more. Then once we got that to a place where we were confident it was possible, we had to raise money, which is never an easy process. After that, we needed to build a platform where listeners would consume the audio our broadcasters were creating – a social network mobile app based on audio instead of visuals (pictures or video).

There were absolutely bumps along the way, but we have a great team, and the consistent positive feedback we receive from our broadcasters makes it feel worthwhile. When I hear someone tell me having a radio station helped them be heard – or listening to one of our stations helped get them through a hard time – it makes everything worth it.

Appreciate you sharing that. What should we know about Blast Radio?
If you’re a creator of audio – be that a podcaster, a DJ, a musician, a music venue, an event space – then I hope Blast Radio is on your radar. By purchasing a Blast Box, you can literally press one button and reach listeners around the world. It’s as simple as logging into the device one time, connecting an audio source to it (a microphone, a mixer, a soundboard, etc.), and then pressing a single button. We removed the need for camera equipment, looking cool, competing with models and memes, etc. It’s just audio, and it’s that easy.

For everyone else, I hope Blast Radio is an app on your phone because there’s some amazing stuff to hear every day. I personally am consistently shocked at how amazingly talented all of the broadcasters on the platform are. There are DJ sets and original music from Detroit legends like Carl Craig, Hotwaxx Hale, or Matthew Dear. You can hear the live sets happening at Detroit venues like Spotlite or Marble Bar. There are talk shows; there are live band performances, the list goes on and on. The app is free to download and listen – we only ask that folks send tips to broadcasters to help support them and the art they’re creating.

What’s next?
I can’t say too much about it now, but we actually have another product coming out later this year, which I believe will be a game changer. While there’s some minor audio knowledge required to broadcast with our current products, the next one coming out is even more simple and should empower even more people to be heard through our platform. You can always follow us on Instagram or Twitter (@listentoblast) to stay up to date on what we have coming down the line. 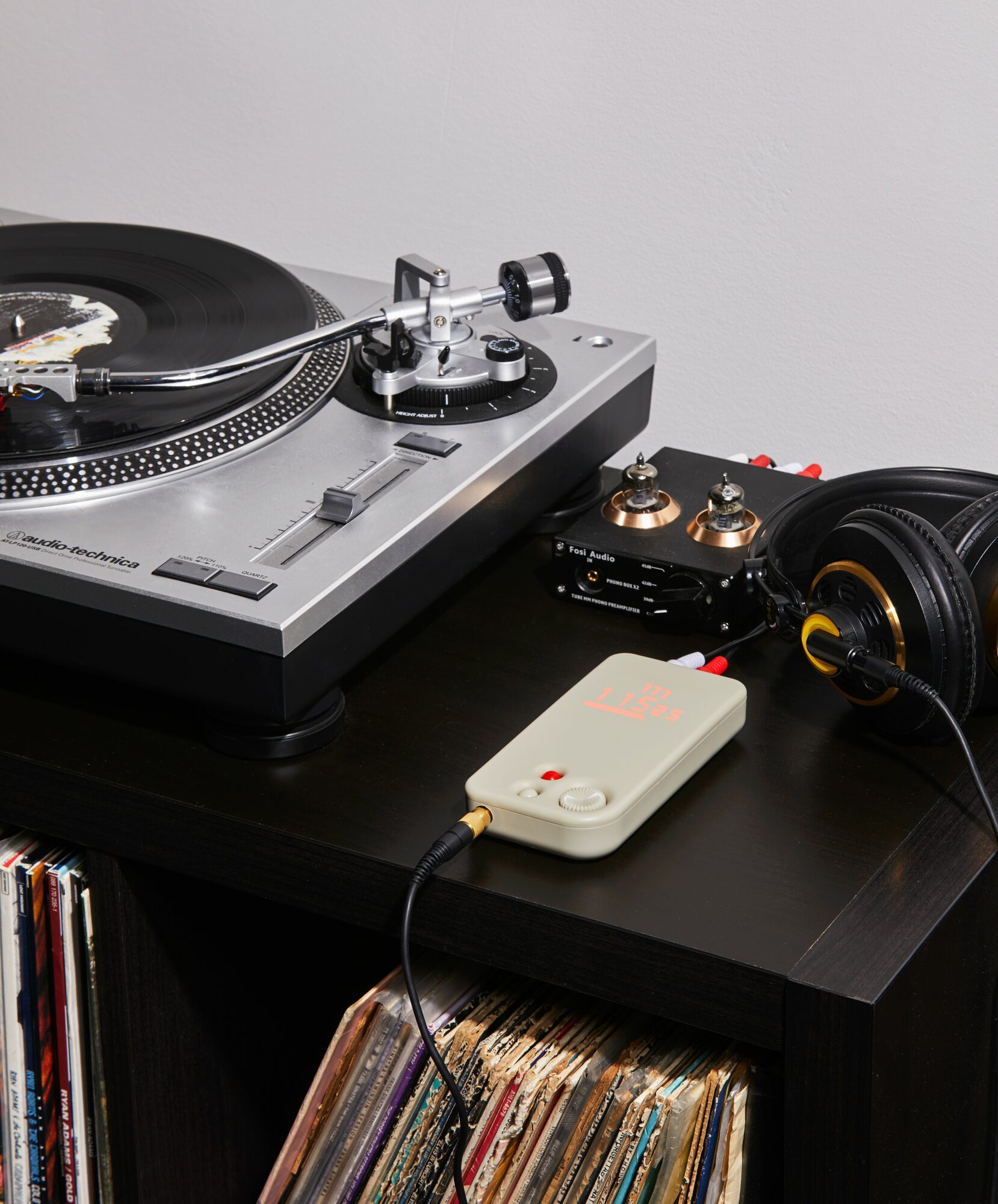 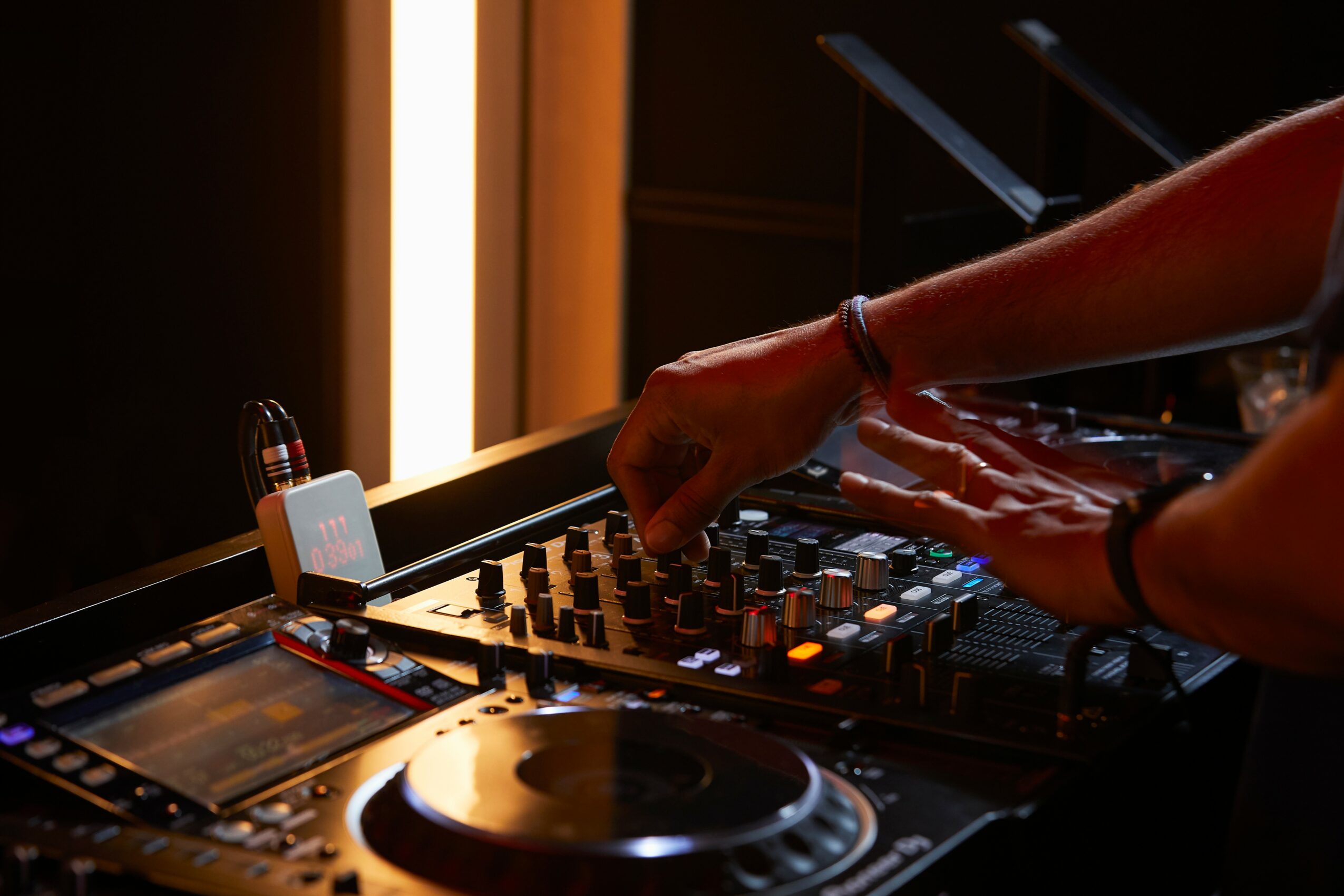 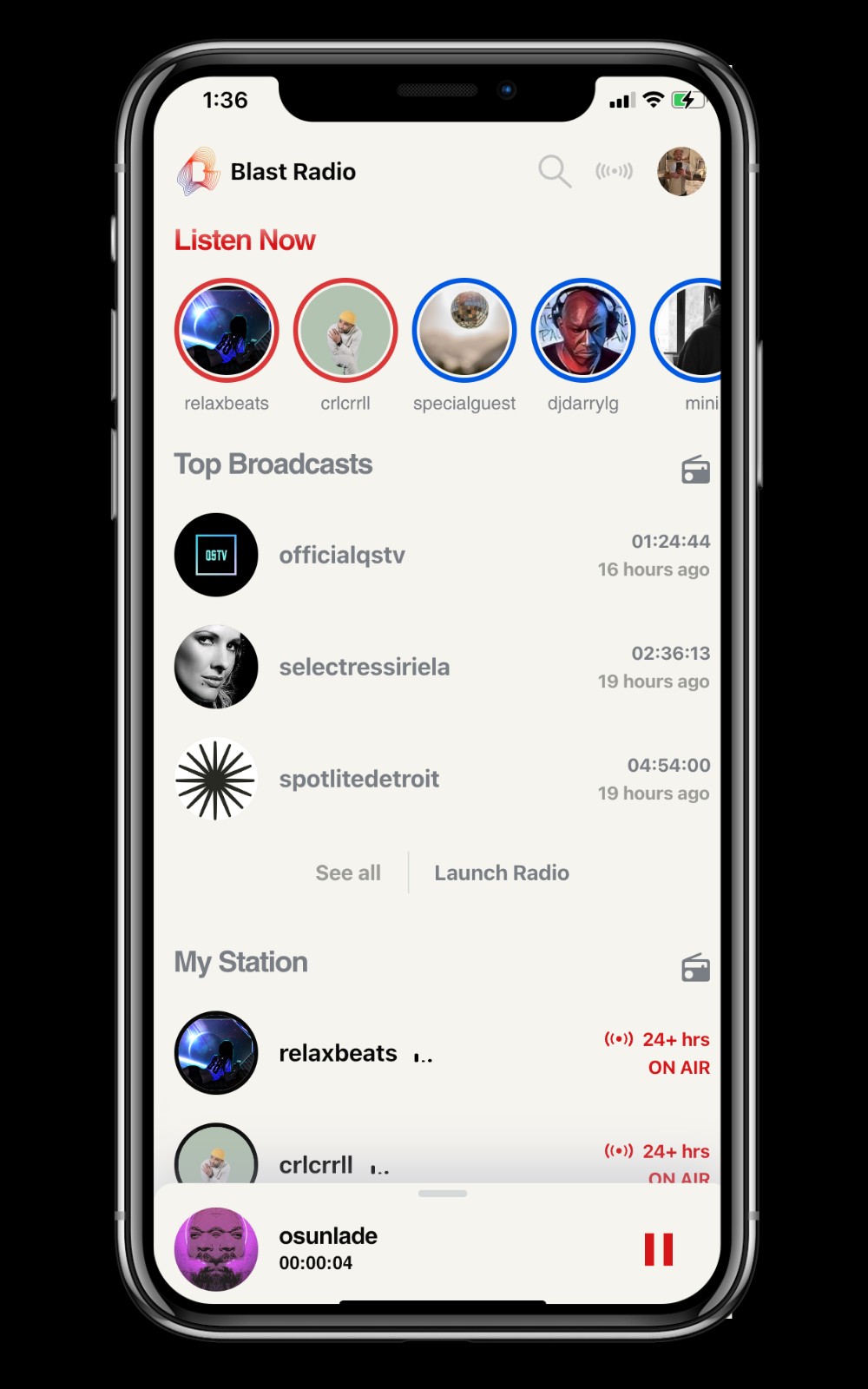 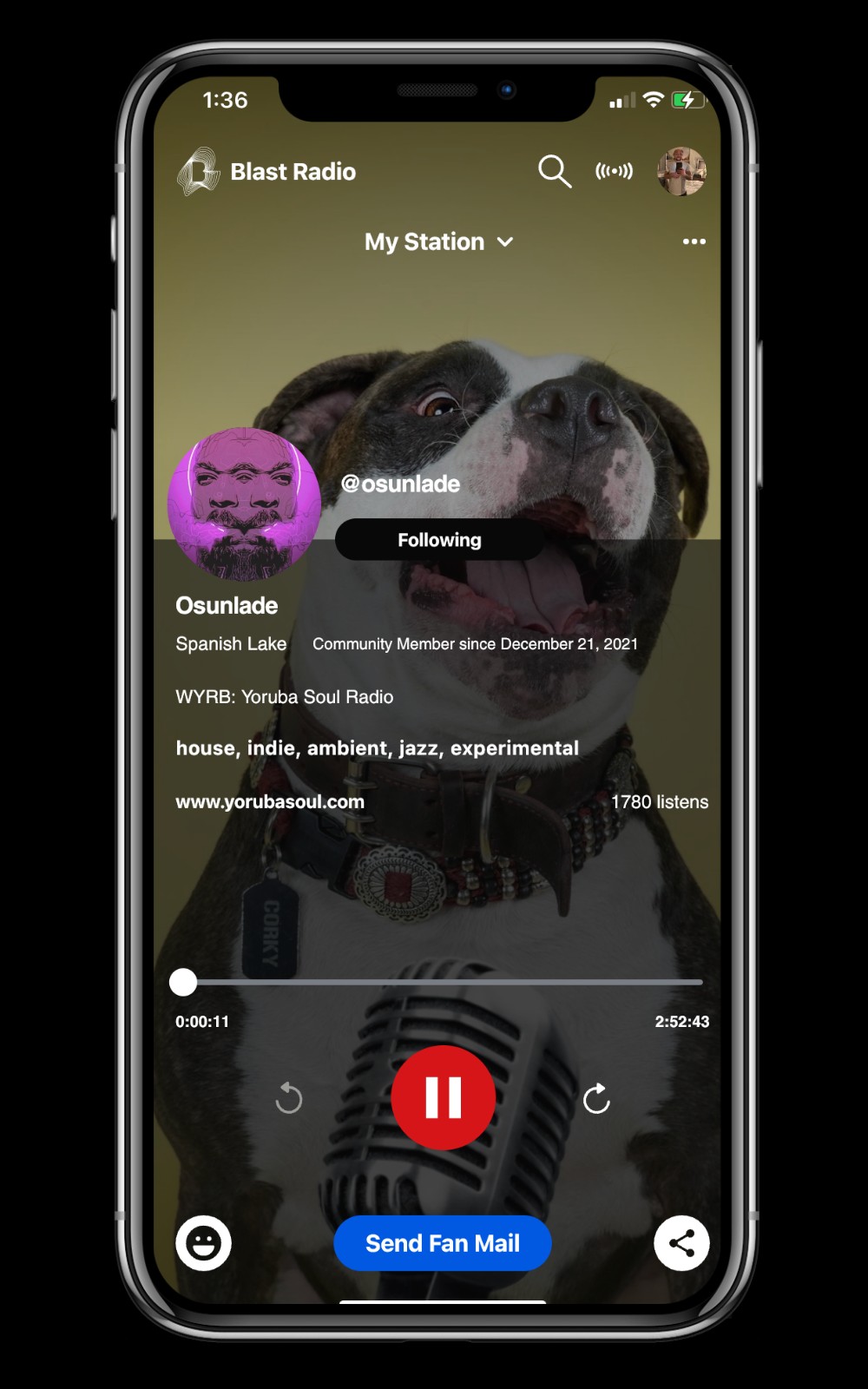