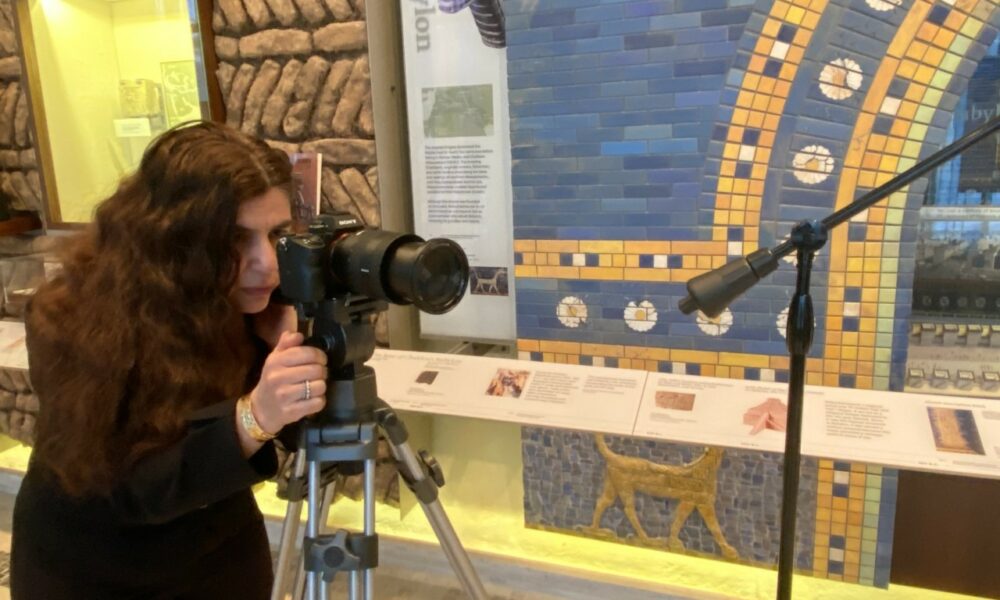 Today we’d like to introduce you to Weam Namou.

Hi Weam, so excited to have you on the platform. So, before we get into questions about your work-life, maybe you can bring our readers up to speed on your story and how you got to where you are today.
The plan was that after graduating from Wayne State University, I would go to law school and write on the side. Once I received my Bachelor’s in Communication, I switched plans. I decided to be a full-time writer and travel the world. I was twenty-one years old. I signed up with several writing correspondence courses by mail – the internet had not been born – and I checked out travel books from the library. Today I have countless stacks of journals and lots of memories and pictures of trips to Greece, Italy, Spain, Morocco, Tunisia, Jordan, Mexico, and many others.

I took my work seriously, but I also had fun along the way. I learned poetry in Prague through the University of New Orleans, and in 2004, I enrolled at the Motion Picture Institute of Michigan, a one-year full-time program. I was the only female student in the class. I was engaged at the time, and before graduating, I got married and pregnant with my first child.

The training and dedication to my writing, and later to film production, continued even as my family and responsibilities grew. I ended up publishing 14 books, one which won an Eric Hoffer award; producing a feature documentary which won two international awards; and currently, I’m in post-production of my first narrative film, Pomegranate, which is led by women talent, and whose executive producer is Scott Rosenfelt, the producer of Home Alone and Mystic Pizza. The script Pomegranate was chosen quarterfinalist by Francis Coppola’s Zoetrope.

I have led a number of nonprofit organizations: cofounder and president of the Iraqi Artists Association; vice president of Detroit Working Writers; president of Unique Voices in Films; ambassador for the Authors Guild of America [Detroit Chapter]. In 2019, I accepted a job as the executive director of the Chaldean Cultural Center, which houses the world’s first and only Chaldean Museum. As a Chaldean (Christian Iraq, also known as Neo-Babylonians), this position and place holds a special meaning for me.

Would you say it’s been a smooth road, and if not, what are some of the biggest challenges you’ve faced along the way?
When a top New York agent loved my first manuscript and signed a contract with me, it seemed that my career would have a smooth road. A very successful and tough woman who’d signed six-figure advances for authors, my agent was certain that my book would get picked up by the first or second major New York publisher. That’s not what happened. Over time, she and I realized that realistic novels that depicted Middle Easterners as relatable colorful characters in unique settings and conflicts were not favorable or marketable. Some suggested I write about honor killing, something I had no clue about. But I refused to cave into writing stereotypical stories that were dehumanizing and negative just to make the bestseller list.

Eventually, my agent left her agency, and I no longer had representation. At friends’ advice, who included writers and English professors, I decided to start a publishing company. The idea terrified me back then. Looking back, I see it was one of the best business decisions that I made. It taught me how to be independent, the art of business, and to believe in my work and talent. All that spilled over to my skills in being an independent filmmaker as well as a leader.

Alright, so let’s switch gears a bit and talk business. What should we know about your work?
The Feminine Art was my first novel, published in 2004. No other Chaldean American had published a work of fiction at that time. An Iraqi student studying in England recently reached out to me. He’s using my novel Pomegranate and other Iraqi American works of fiction for his thesis. He had difficulty finding someone of Iraqi descent who wrote in this genre. After attempting to help him, I realized that I’m the only Chaldean writing in all genres and through several mediums about a people who contributed a great deal to building the cradle of civilization yet were forced out of their lands and are on the verge of extinction.

Chaldeans are neo-Babylonians who today still speak Aramaic, the language of Jesus. They trace their roots to ancient Mesopotamia, modern-day Iraq, where writing, the wheel, and first city-states were invented. The first writer in recorded history is Enheduanna, a princess, priestess, and poet in that region (2285-2250 BCE). Her works were discovered during an excavation in 1927. Enheduanna is in many of my books, including Pomegranate.

Due to constant wars, oppressions, and genocides that took place as recently as 2014, this group of people have been forced out of their ancestral land. Today Michigan has the largest population of Chaldeans in the world, estimated to be 200,000.

I’m proud that my passion for my art and my love for my ancestral people and land has helped me utilize my skills and talents to regularly create work. My recent project, Pomegranate, is set to be the first feature narrative film and led by women talent representing their own communities. I love that it is a diverse story of a Muslim family living across the street of a Christian family, showing the beauty of Iraqi culture and the possibility of us living in continuous peace and harmony.

Have you learned any interesting or important lessons due to the Covid-19 Crisis?
In April 2021, I was hospitalized for five days due to COVID-19. It was surprising to everyone, including myself, because I led a very healthy lifestyle. No one suspected I would be hit so hard. When I returned home from the hospital, I could barely walk. Yet I still had to run the Chaldean Cultural Center, and we were five months away from shooting Pomegranate. There was much work to be done.

Over the decades, I’ve had amazing teachers which included a man from India, Narendra, a Native American man, Chip, and his partner, Susan, and for over 10 years, bestselling author and mystic Lynn V. Andrews, who passed away on August 17, 2022. They helped me navigate through life and create a balance. Taking what I’ve learned after my experience with COVID, I gathered my will and my patience and took baby steps forward. Being so close to death, I became more decisive about and appreciative of life. 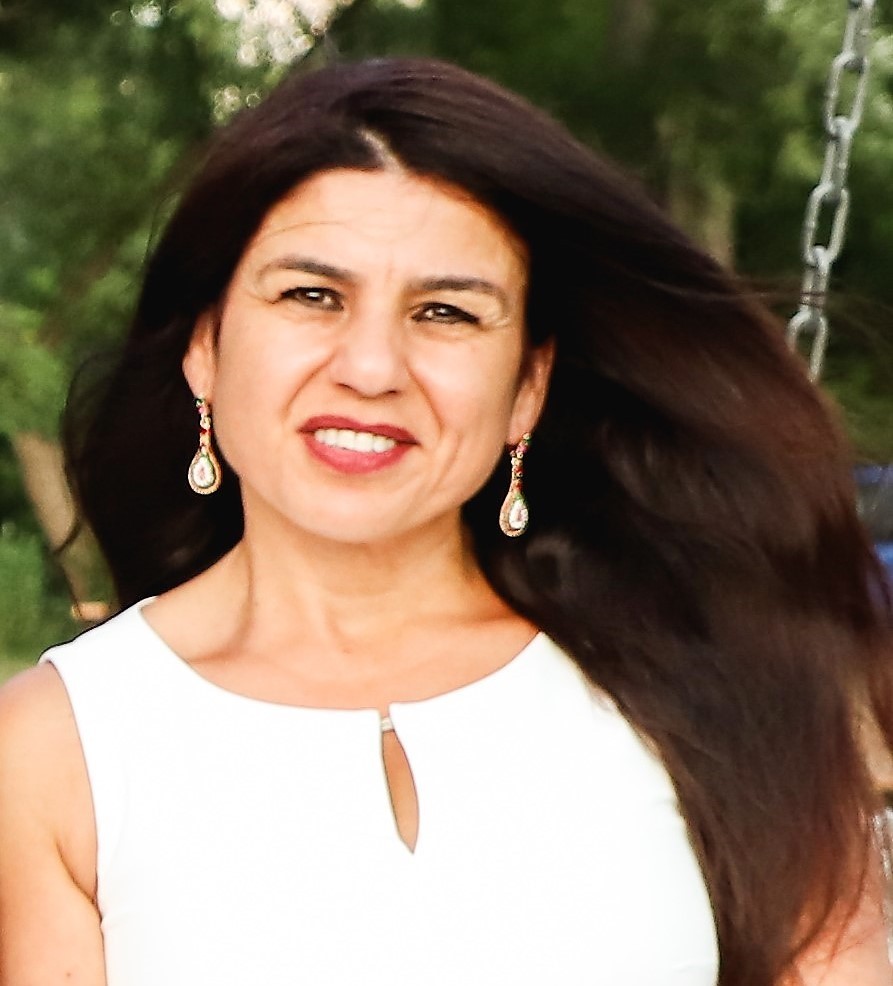 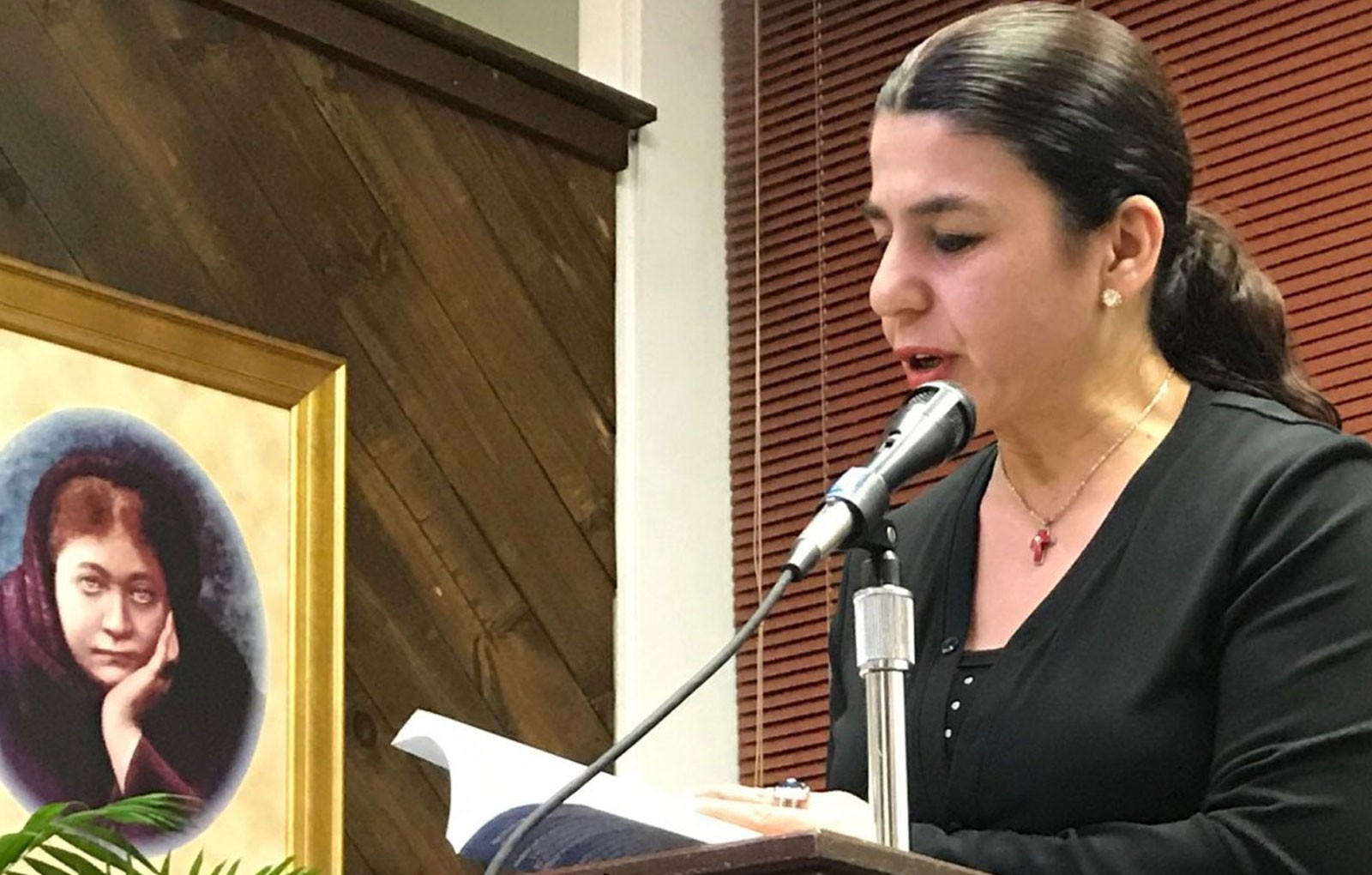 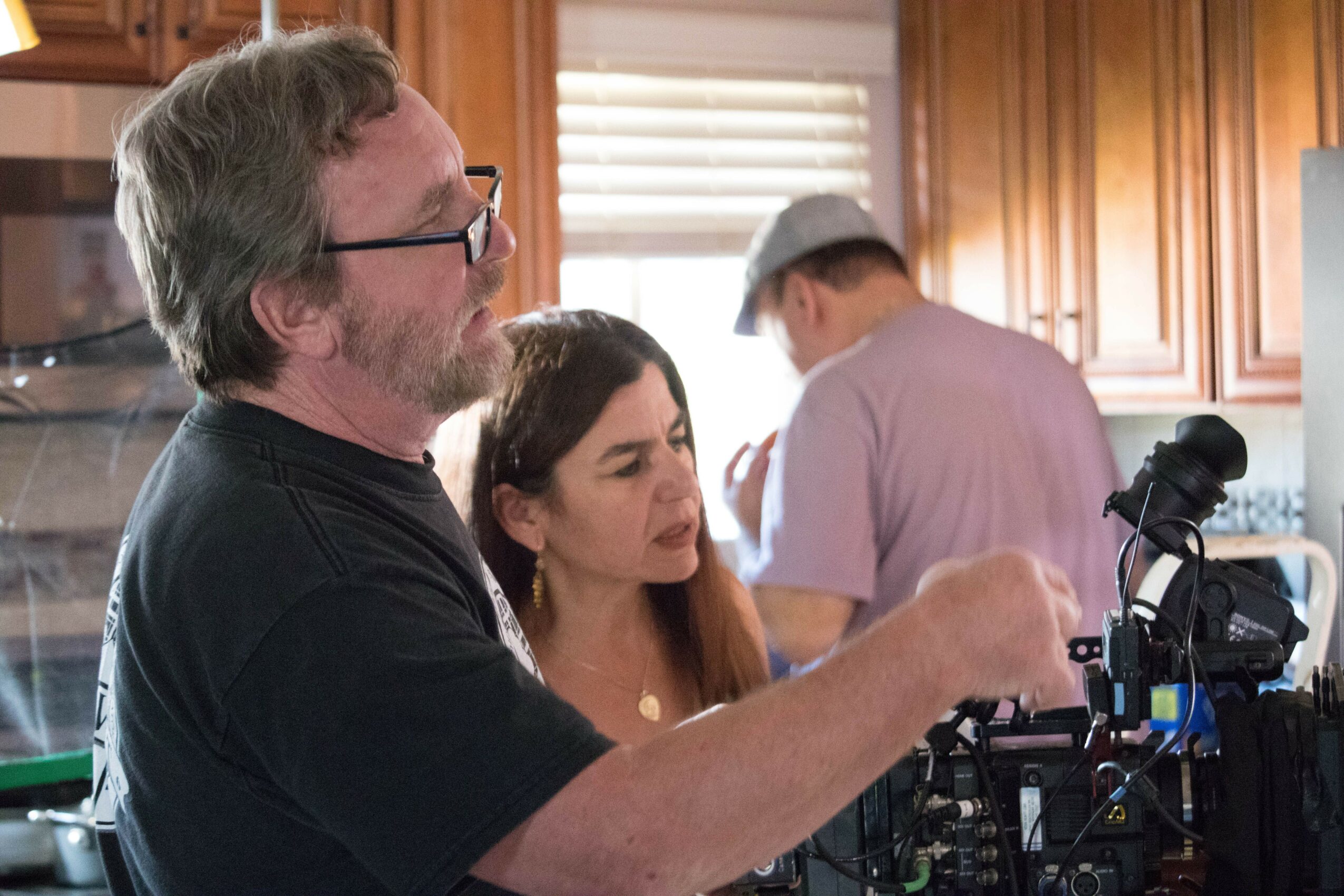 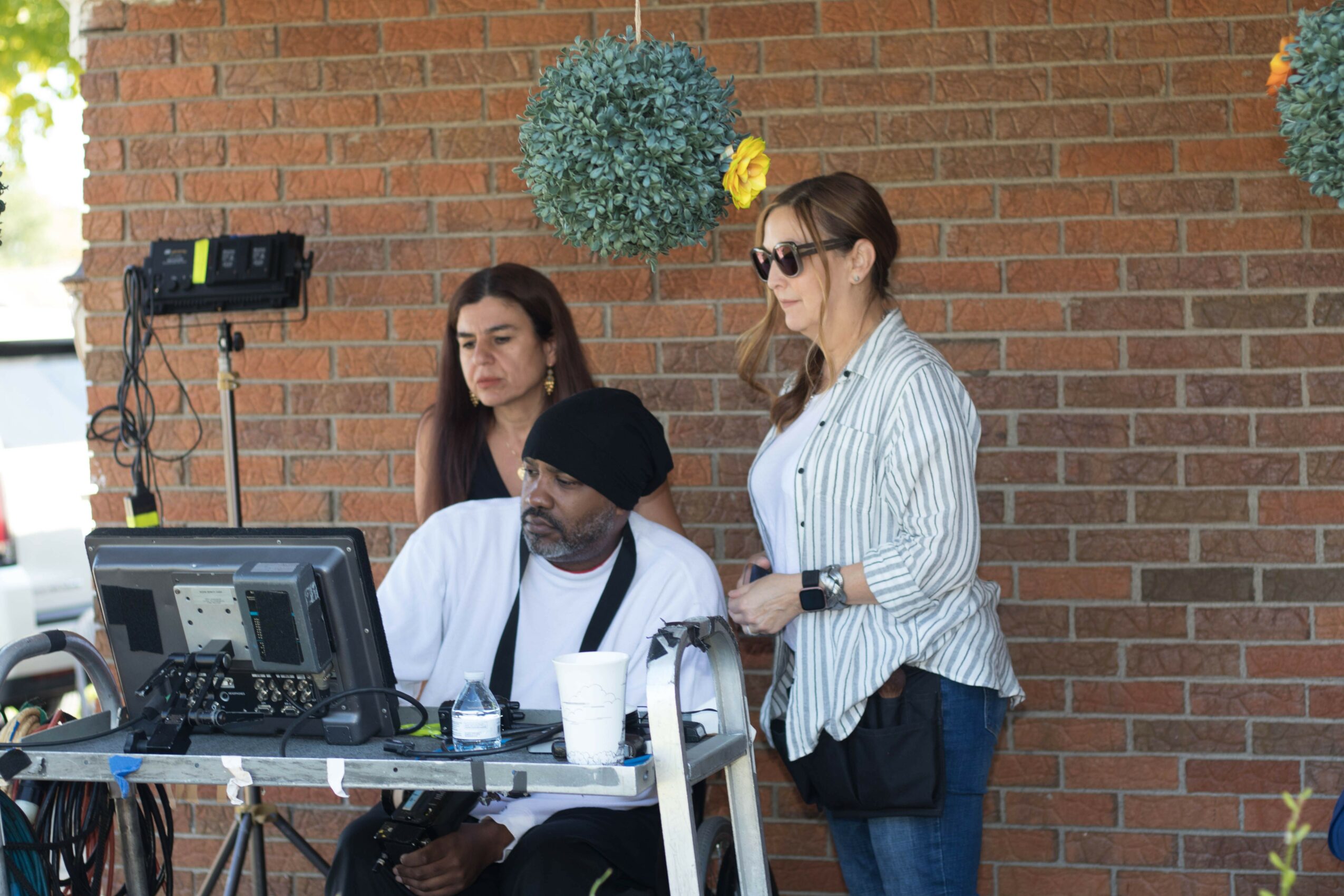