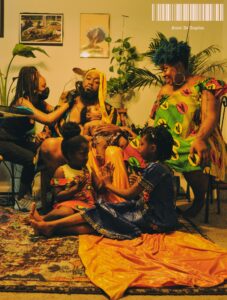 Today we’d like to introduce you to Saint De Angelus.

Alright, so thank you so much for sharing your story and insight with our readers. To kick things off, can you tell us a bit about how you got started?
My uncles grew up performing with their friends in bands across Southwest Detroit in the 1960s and had the same close brushes with fame and “big breaks” as the rest of our elders. I think from that perspective, its’ always important that anyone who does music in Detroit acknowledges that your start most likely comes from your bloodline. But how that manifested in real life, for me, was matriculating from singing every song on the radio in the backseat of the car to joining choirs at school and church and eventually finding my way to explore my interests as a performer. I sang, performed in theater productions, and was known as a poet before anything else during my late teens/the early twenties hopping open mics around the city.

I always thought I would be a recording artist but I also knew early on that I would have a hard time because I didn’t have any “mainstream appeal”. My freshman year of high school was a major year for *Black r&b heartthrobs from Usher to B2K; these guys were fit, they wore name-brand clothes, and their mothers let them texturize their hair or grow it out for braids. The circumstances of my life at the time were too high stakes to focus any energy on being rebellious, so it never really occurred to me to just grow my hair out or steal from the mall like my peers, but I knew I needed a creative outlet to keep my own self-awareness up. This is how I got into hip-hop music and culture and started attempting to see myself as an r&b singer with the substance of a hip-hop lyricist. There is a notebook of horrible r&b songs with 16-bar verses and extended breakdowns hiding somewhere in my father’s garage, but it’s how I began to use my imagination and my love of random information to build tapestries. It’s also how I taught myself the music business.

I’m sure you wouldn’t say it’s been obstacle free, but so far would you say the journey has been a fairly smooth road?
I think a challenge that most creatives relate to is just having an extended period of time where you’re figuring out who you are and what you like. I was raised very religious but in really volatile circumstances, so the things that my peers did to identify themselves as individuals didn’t really occur to me until much later in life. I spent most of my time trying to be who I thought I should be as a way to keep safe in some otherwise challenging circumstances.

I think the beauty in that though, is that no matter what you’re dealing with, you eventually realize that whatever you’re going through can’t be more important than you. In my experience, artists and people, in general, don’t realize full autonomy (or full control over themselves) until they reach a point of being fed up and stop being concerned with the consequences. Every obstacle that I’ve overcome, I can trace back to a moment when I decided I was fed up. Whether that was working a 9-5 job, leaving the spiritual faith that I was raised in, or deciding that I wanted more for my creativity than what “the music industry” had to offer. Most of our challenges come down to being forced to decide what we will and won’t accept.

As you know, we’re big fans of you and your work. For our readers who might not be as familiar, what can you tell them about what you do?
I’m curating artist and cofounder of Toussaint Gardens. We’re an experiential design team and digital publication that focuses on building deep connections with other independent artists in Detroit who want to uplift their new music or media projects through the narrative building, storytelling, etc. We’ve done a handful of things since getting started at the beginning of this year, but individually we’ve all touched major label projects and award-winning artists and have a heart for community work.

I met the other members of the collective throughout my time manning behind-the-scenes operations over the years for artists and events around the city and developing sincere connections before we were established professionals. TSNT GRDNS includes Myron Watkins (The Yellow Wall), Wayne Ramocan (D. Cipher), and Moonman Dan (Lunar Haus Photography). JRGotTheHiTS is an artist/musician/producer that I met in 2019 at an annual festival and again managing an album release for our mutual friend Brent Black Smith. This led to him, and I collaborating for All Baths Are Ritual, my first project as an A&R in 2019. It featured a group of friends that were actually the first iteration of Toussaint Gardens. Now J.R. is co-founder of Toussaint Gardens and the first artist under our management.

I’m really proud that I get to fuse all of the things I know and love on a daily basis by sharing my imagination with the other creative people around me. A great example of this is earlier this year when we were able to include artist and entrepreneur friends like Supercool wicked and Michael and Keely Allen of GetSweetDough to design The Venus Bouquet experience. This campaign focused on supporting JRGotTheHiTS single “Venus” (Return of the People Mover, fall 2022) with sleek, surrealist images that captured Supercool Wicked against the bustle of Downtown Detroit’s Time Square and a donut bouquet of triple rose chocolate vegan donuts delivered to businesses throughout the city.

What made the shoot special was a mentor took me to see the inside of the building that we did the shoot in front of back in 2005. She obsessed over owning it because the address was 313 Michigan Ave. Being able to include parts of myself like that in my work is always fun, but Return of the People Mover explores time travel in a future version of Detroit so it was meaningful on a completely different level than I expected to be able to continue working with artists that I already have established relationships with and with whom I look forward to working again when we become whatever versions of ourselves that we’ll be in the future.

What quality or characteristic do you feel is most important to your success?
I think the quality most important to success in love. Love for yourself, for others, for what you do. One of the reasons I had trouble with traditional jobs is because I didn’t love them. I don’t know that I hated them, but it hurt for me to be there, and that hurt was the thing that really limited the success I experienced until I addressed that issue. 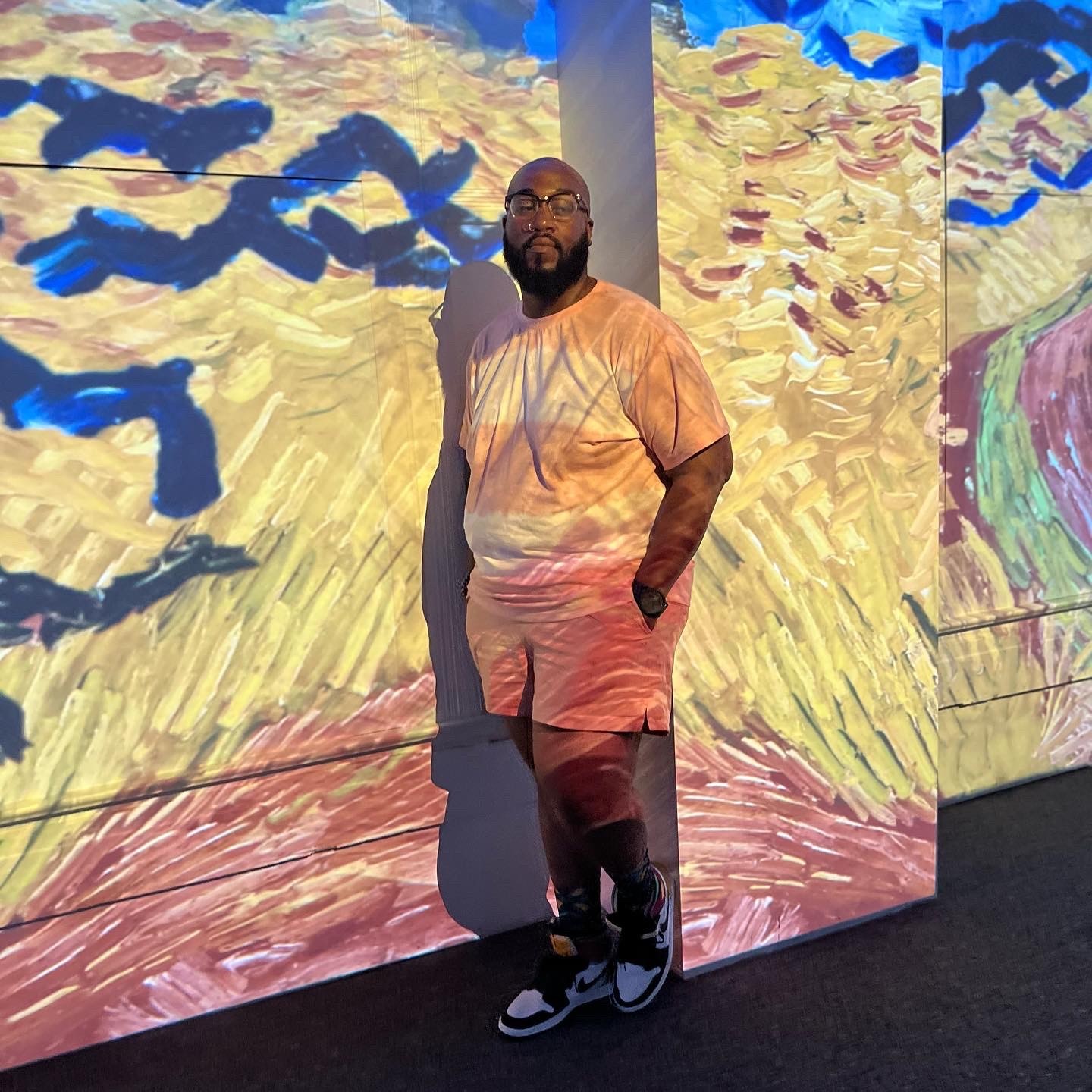 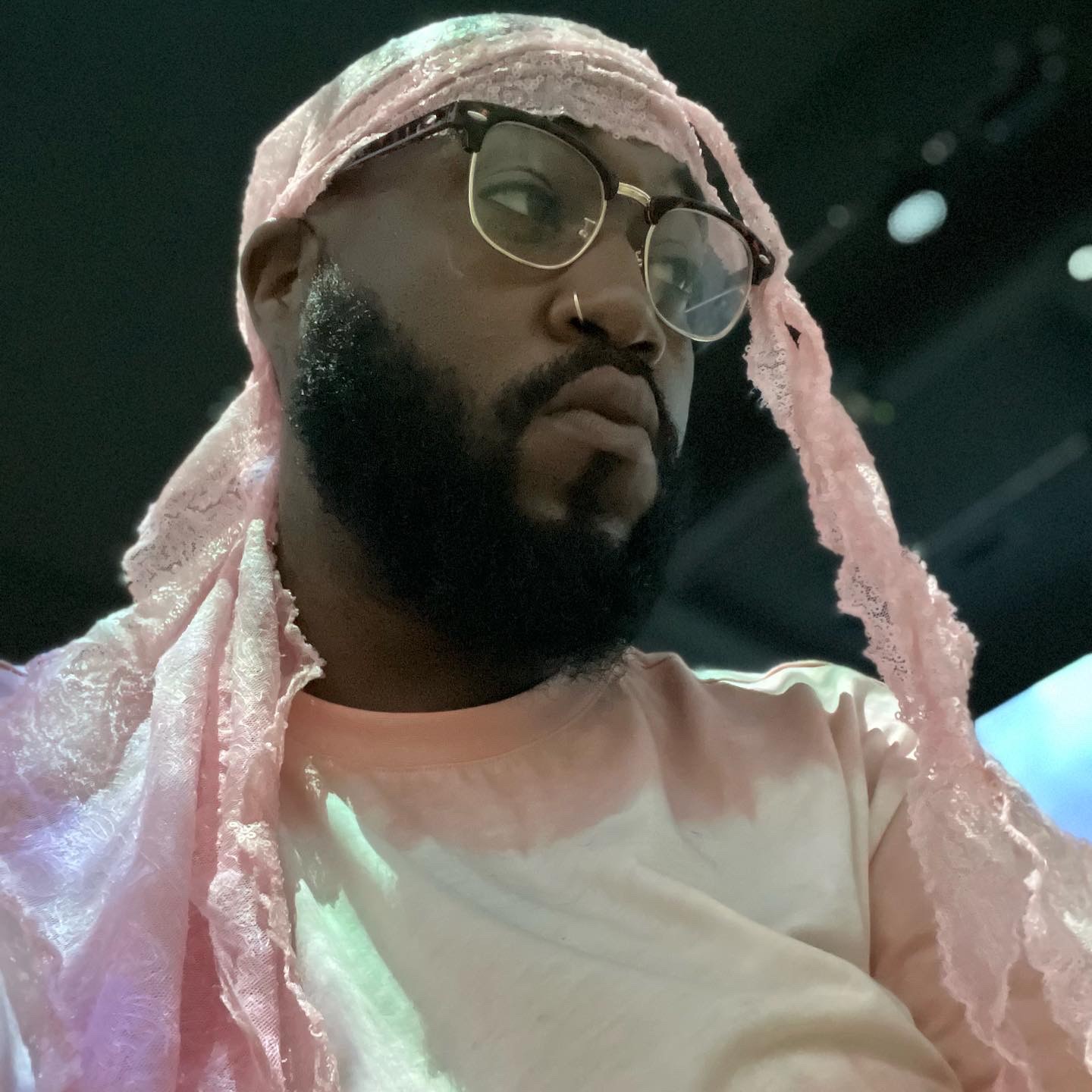 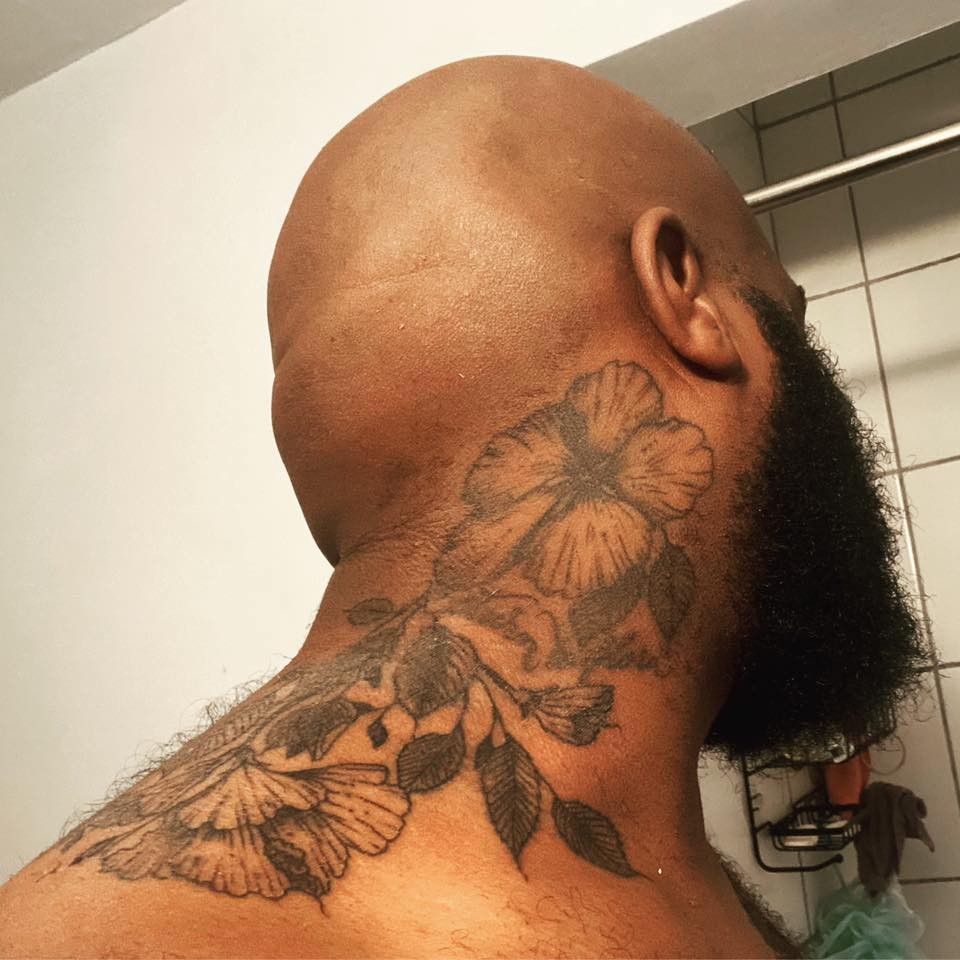 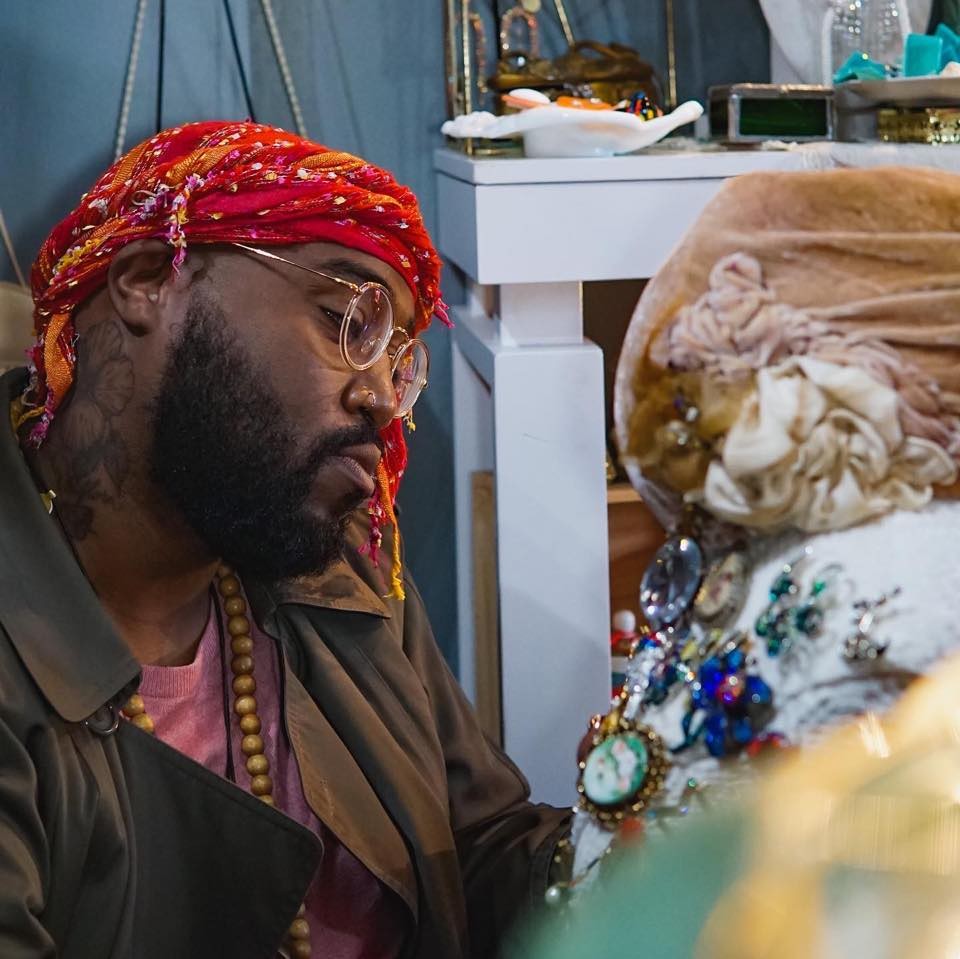 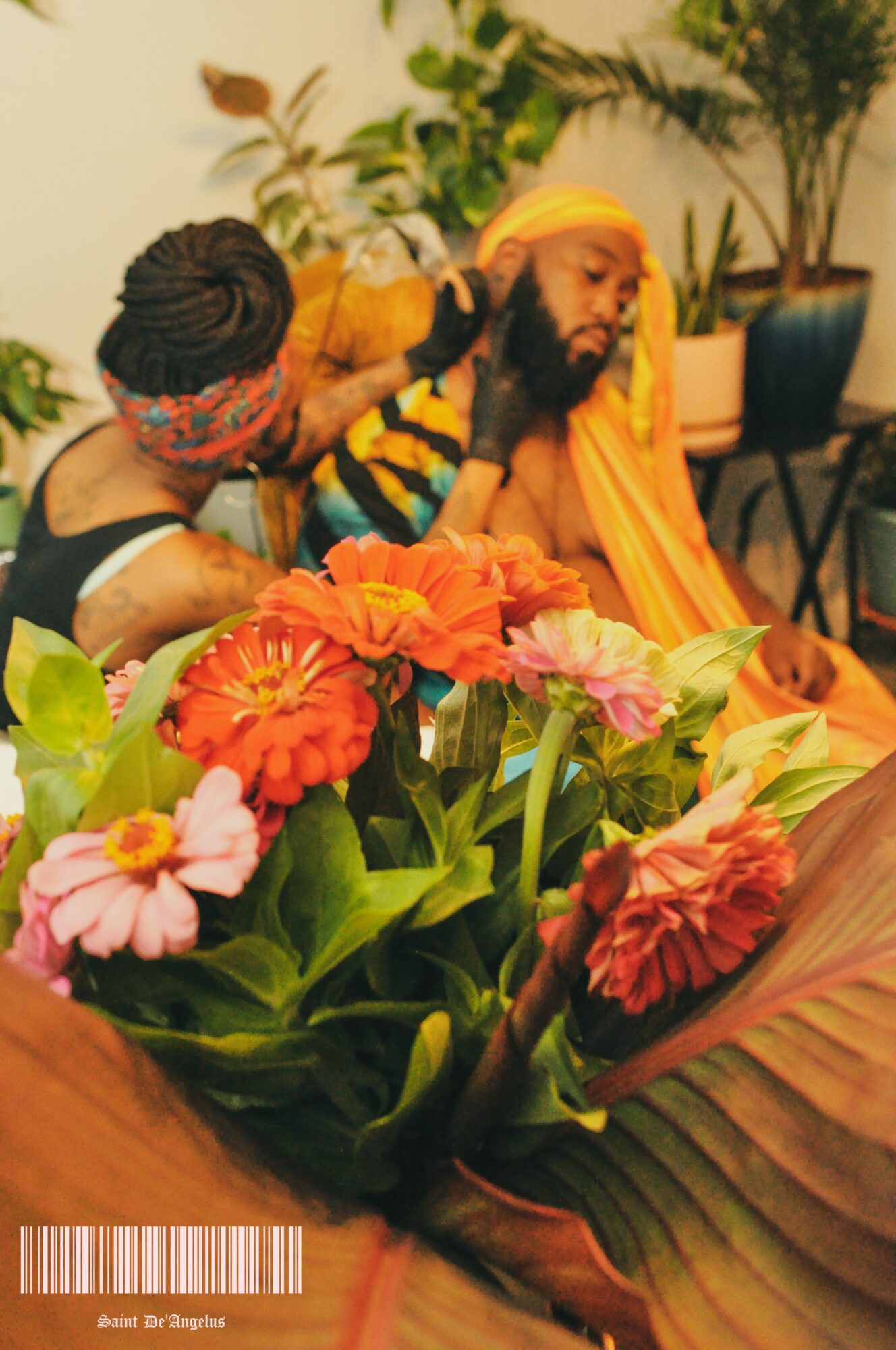 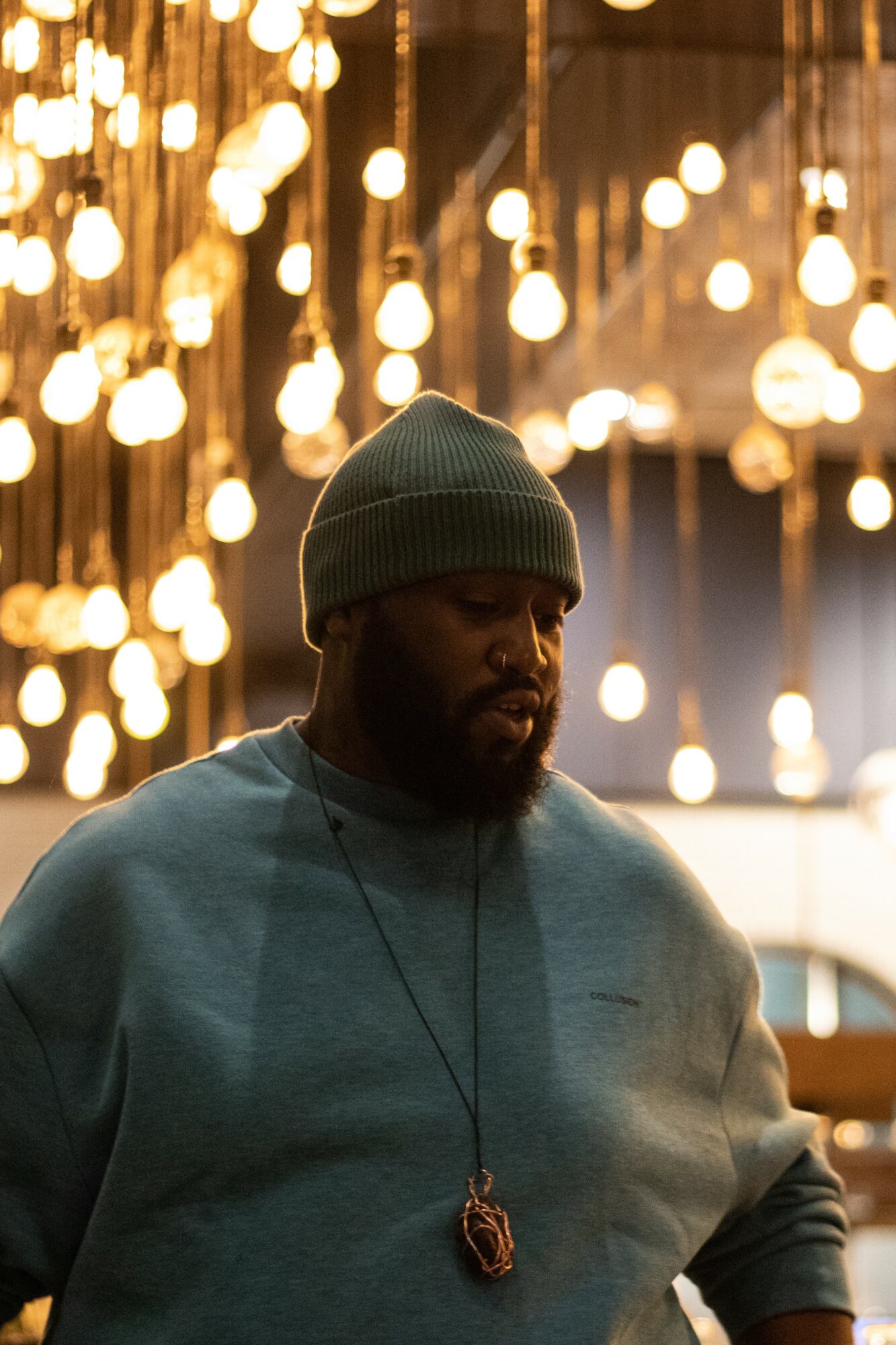 Suggest a Story: VoyageMichigan is built on recommendations from the community; it’s how we uncover hidden gems, so if you or someone you know deserves recognition please let us know here.