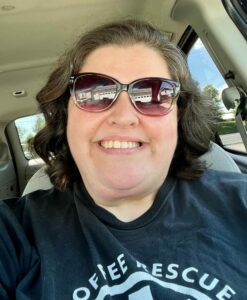 Today we’d like to introduce you to Jamie Brock.

Hi Jamie, thanks for sharing your story with us. To start, maybe you can tell our readers some of your backstories.
My degree is in behavioral psychology and technical writing from Western Michigan University. After several years in the field, I was presented with an interesting opportunity by my brother. In September 2012, Kalamazoo, Michigan, began allowing food trucks to operate in the city. My brother asked me if I’d like to drive and manage a coffee truck called Coffee Rescue, created from a converted ambulance. I thought he was crazy. But when he explained the premise was to help a family member in need, I immediately joined on, and in two years, Coffee Rescue had sustained/assisted the family as we had set out to do.

I bought the business in 2014, changed the business plan to focus on events, catering, and business deliveries. Two years later, I expanded the fleet, operating two trucks with two teams, traveling to events at Notre Dame, Selfridge Air Force Base, Chicagoland Speedway, Tiger Stadium, and more.

2018 introduced me to the Hero Roundtable conference, and I decided that it was time to put the “rescue” in Coffee Rescue. I had the idea to develop a coffee that donates to charity. That same weekend I met Joe Gatto and his adorable dog Spumoni.

Fast forward to 2021. I was sponsoring a comedy event/breakfast in New York City, headlined by none other than Joe Gatto. Queue the elevator pitch. Seven months later (March 2022), “Gatto Pups Rescue Roast” was born, and my first brick-and-mortar coffee shop was built. To date, we’ve raised nearly $1,000 for charity, and we’re just getting started!

Can you talk to us a bit about the challenges and lessons you’ve learned along the way? Looking back would you say it’s been easy or smooth in retrospect?
The struggles are actually happening right now, as I’m growing and venturing out with my first brick-and-mortar coffee shop in Portage, Michigan. It is a completely different experience compared to food trucks and takes much longer to get established, penetrating the daily habits of customers.

Can you tell our readers more about what you do and what you think sets you apart from others?
There are many things that set us apart from our competitors.

Coffee Rescue sources only Fair-Trade Organic beans, hand roasting all of our coffee in small batches.

Coffee Rescue has partnered with Joe Gatto, best known for the television show “Impractical Jokers,” to craft a special vanilla maple nut roast which donates to animal rescue with each purchase.

Coffee Rescue has philanthropy at its core. Our new pumpkin patch roast will go to support local child advocacy and suicide prevention charities.

Where do you see things going in the next 5-10 years?
Hopefully the brick-and-mortar location will be successful, we will have multiple coffee trucks, and our coffees will be a staple in homes nationwide! 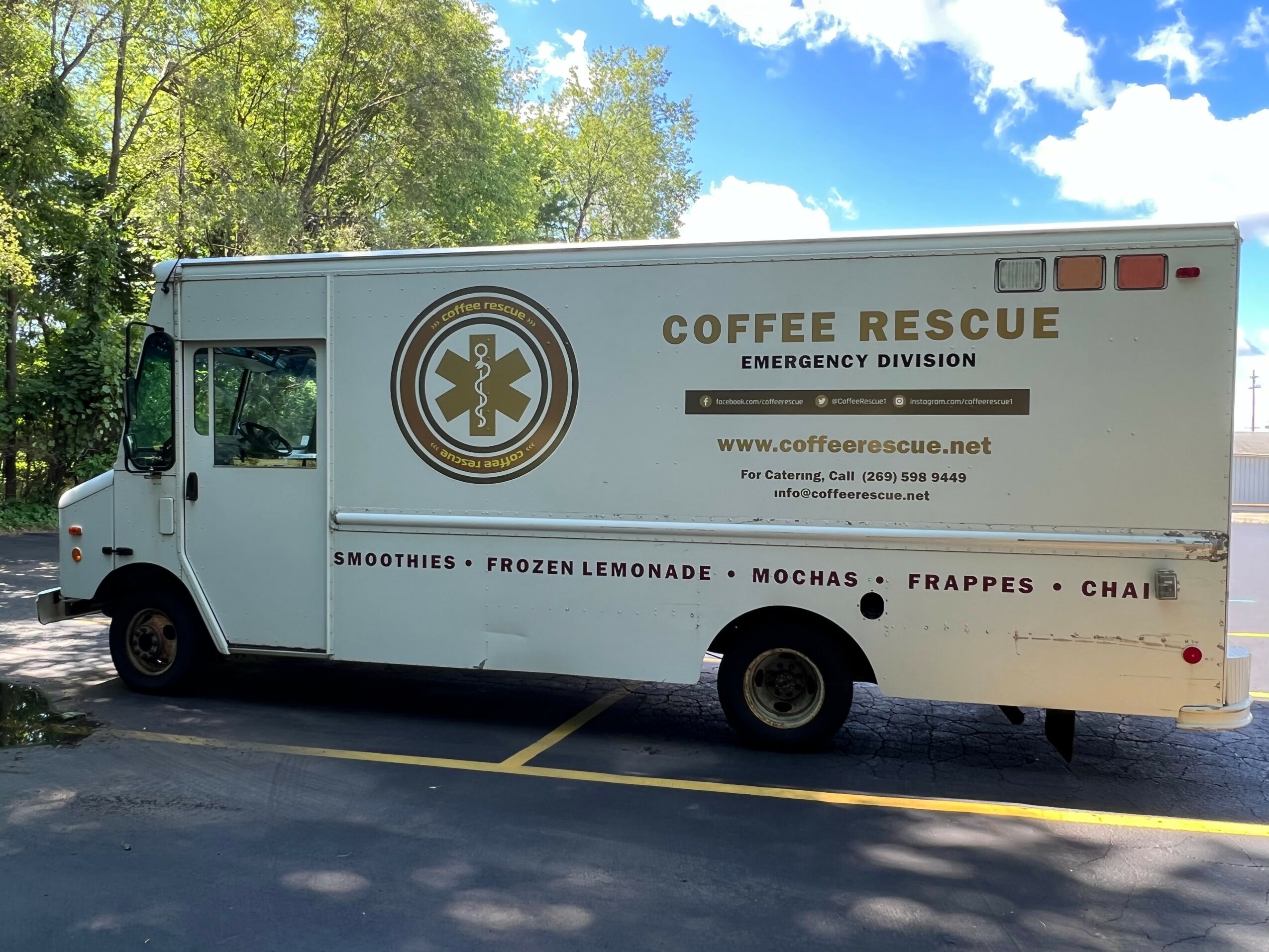 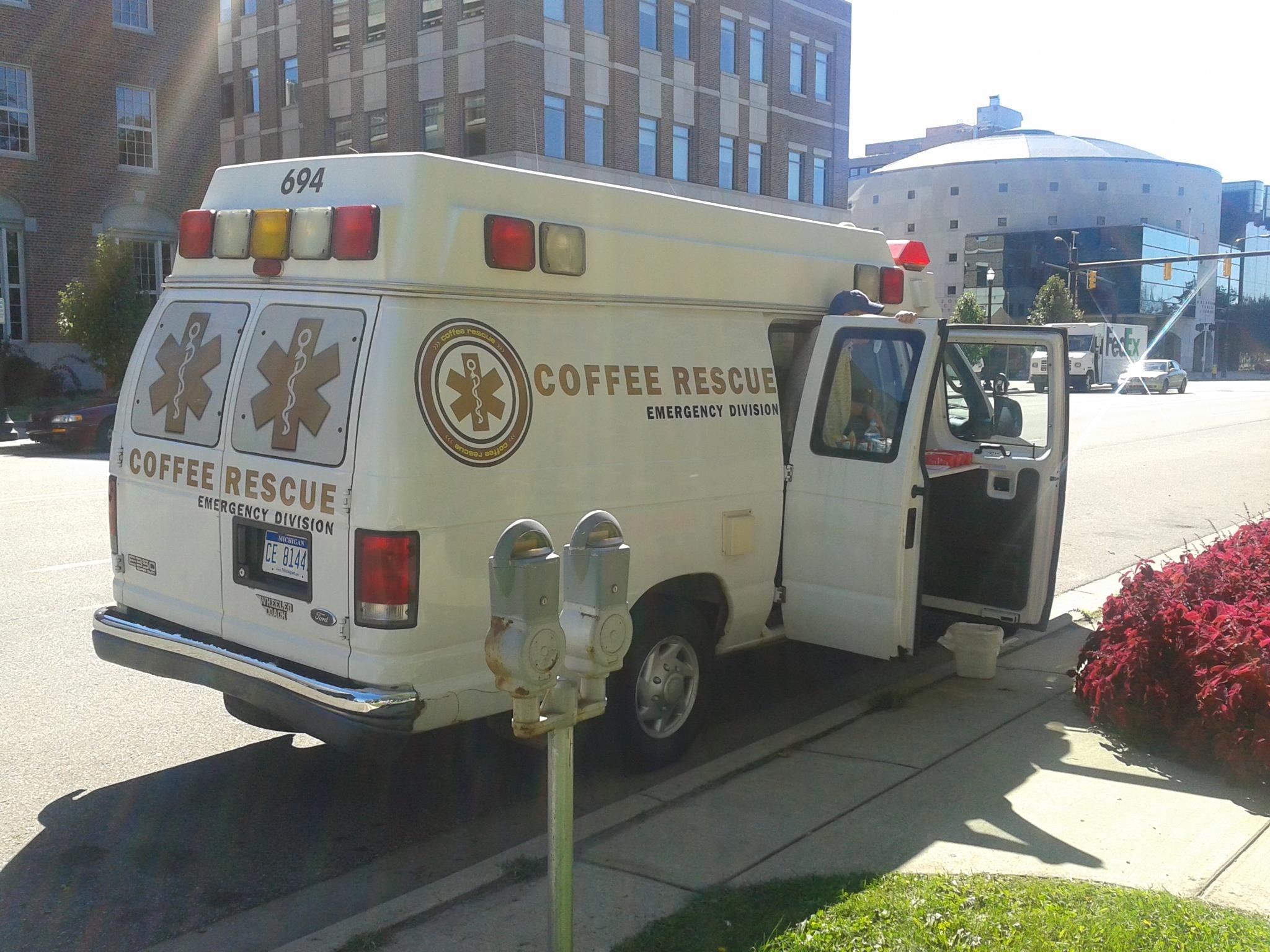 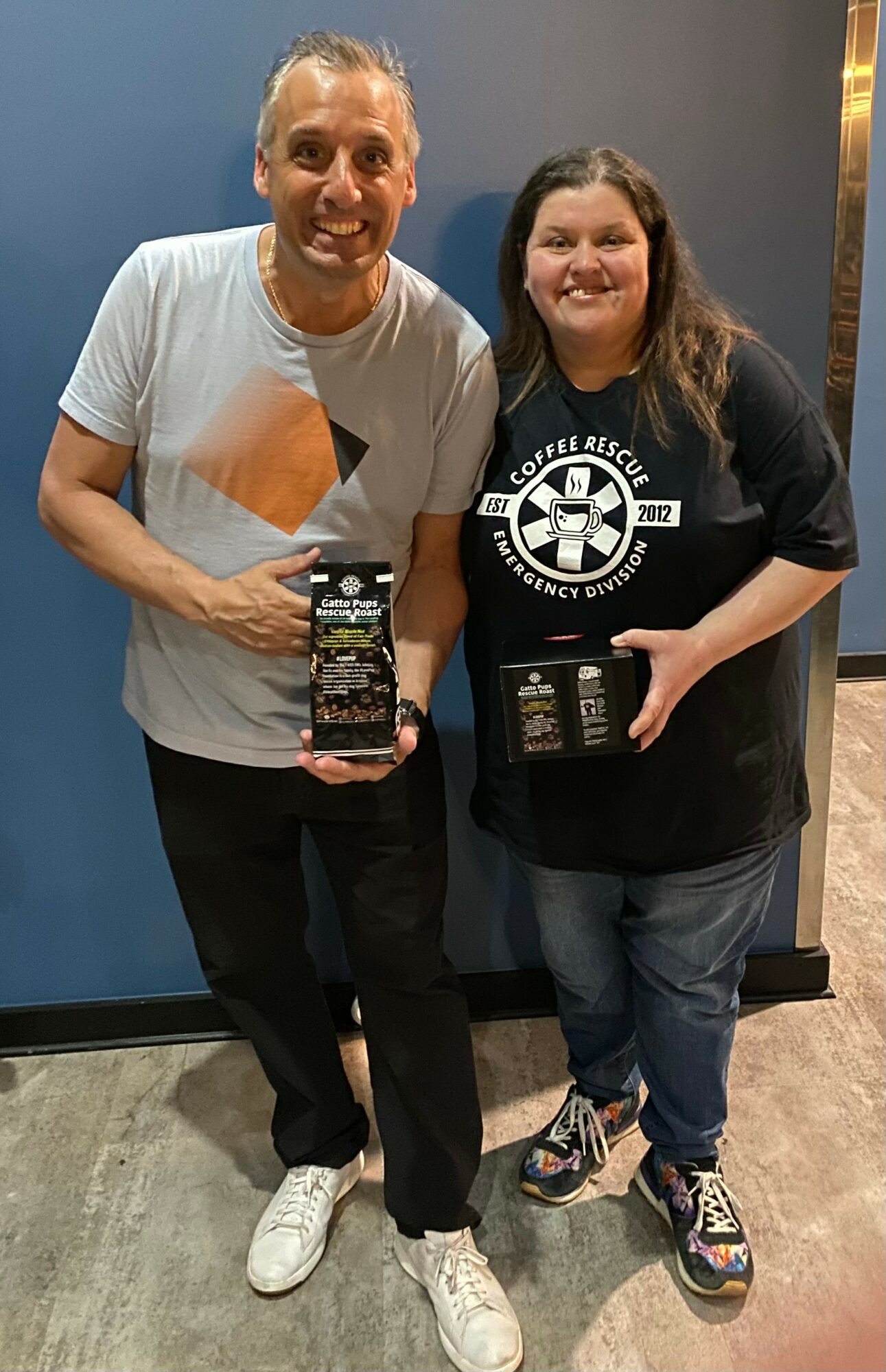 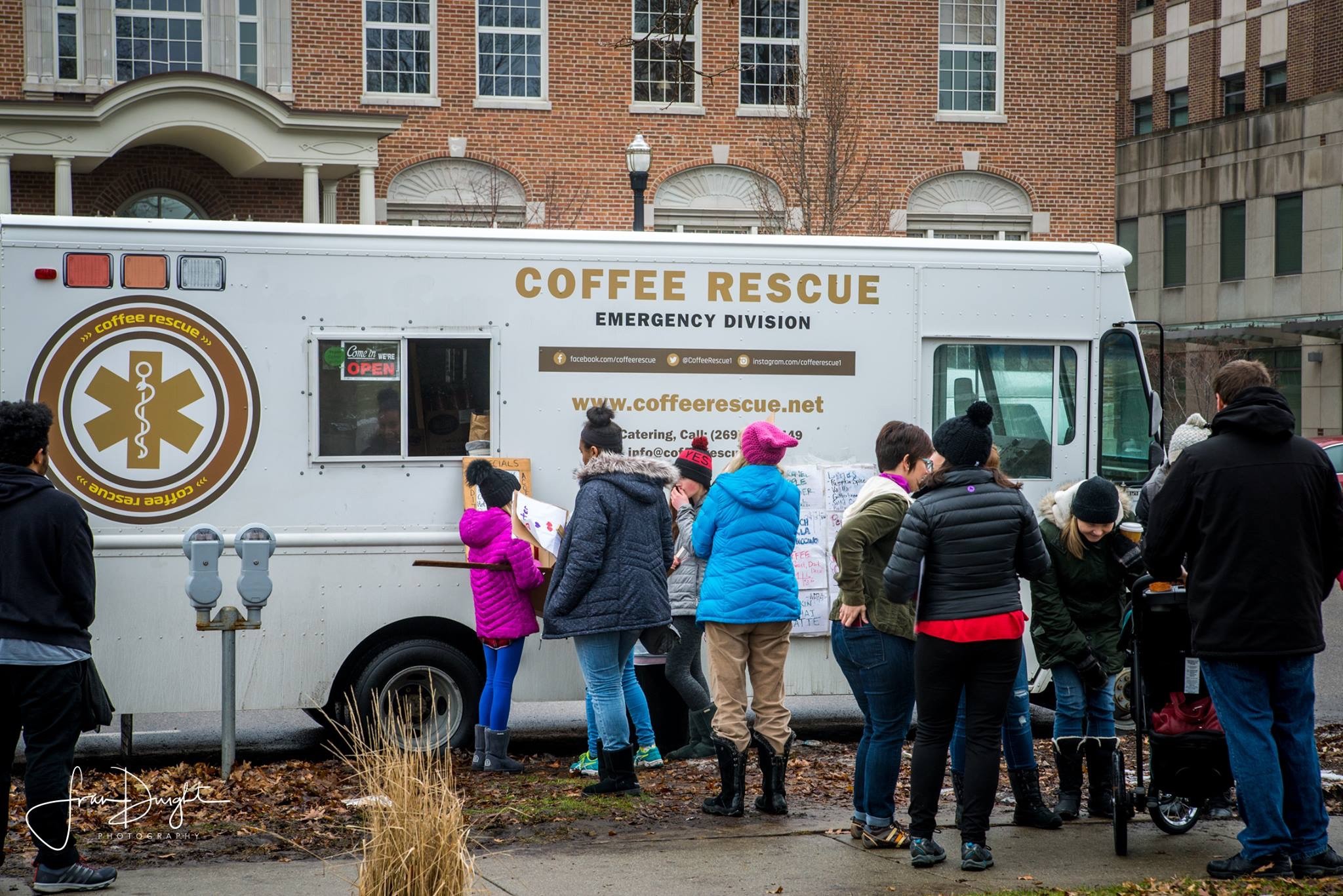 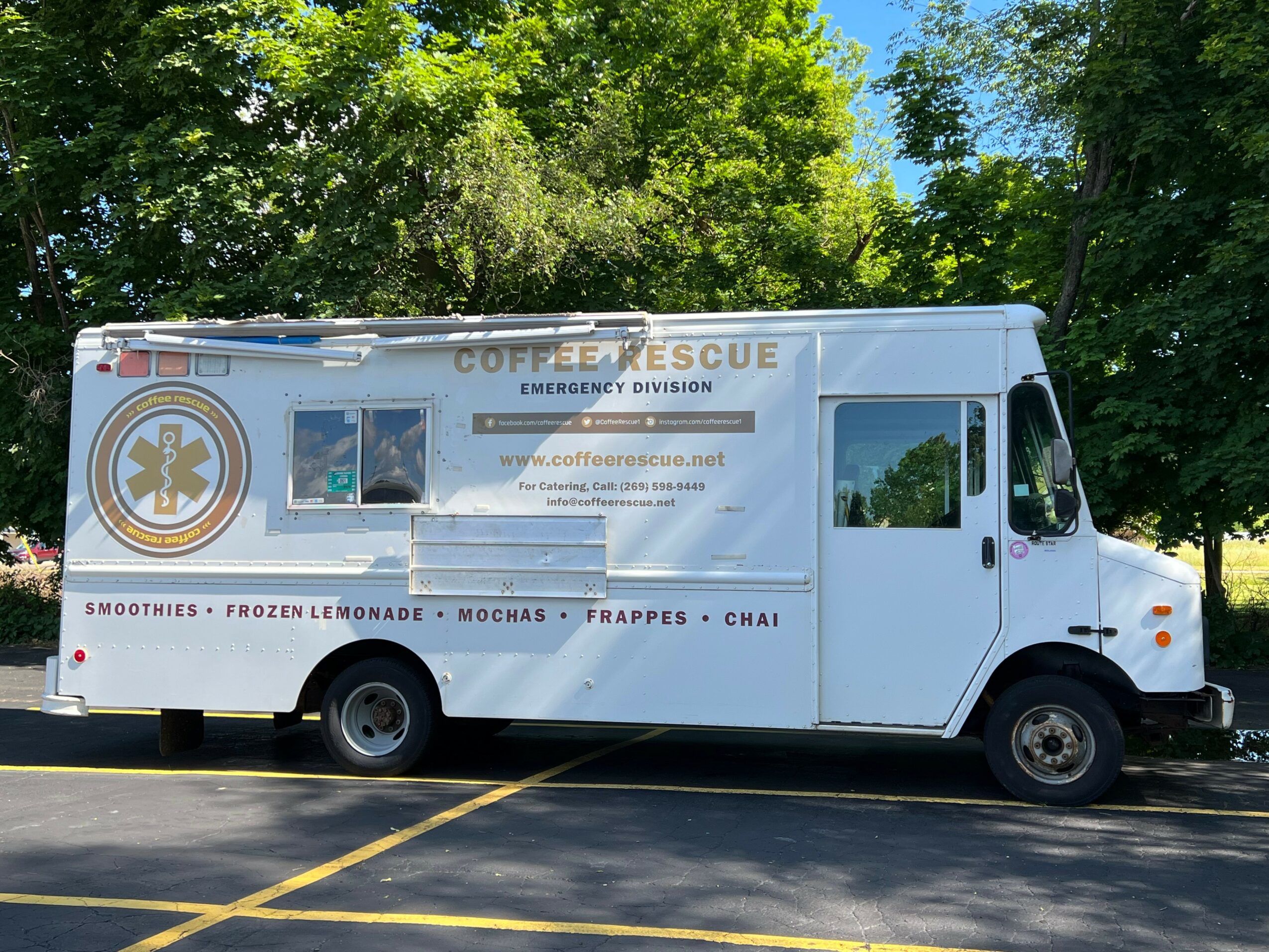 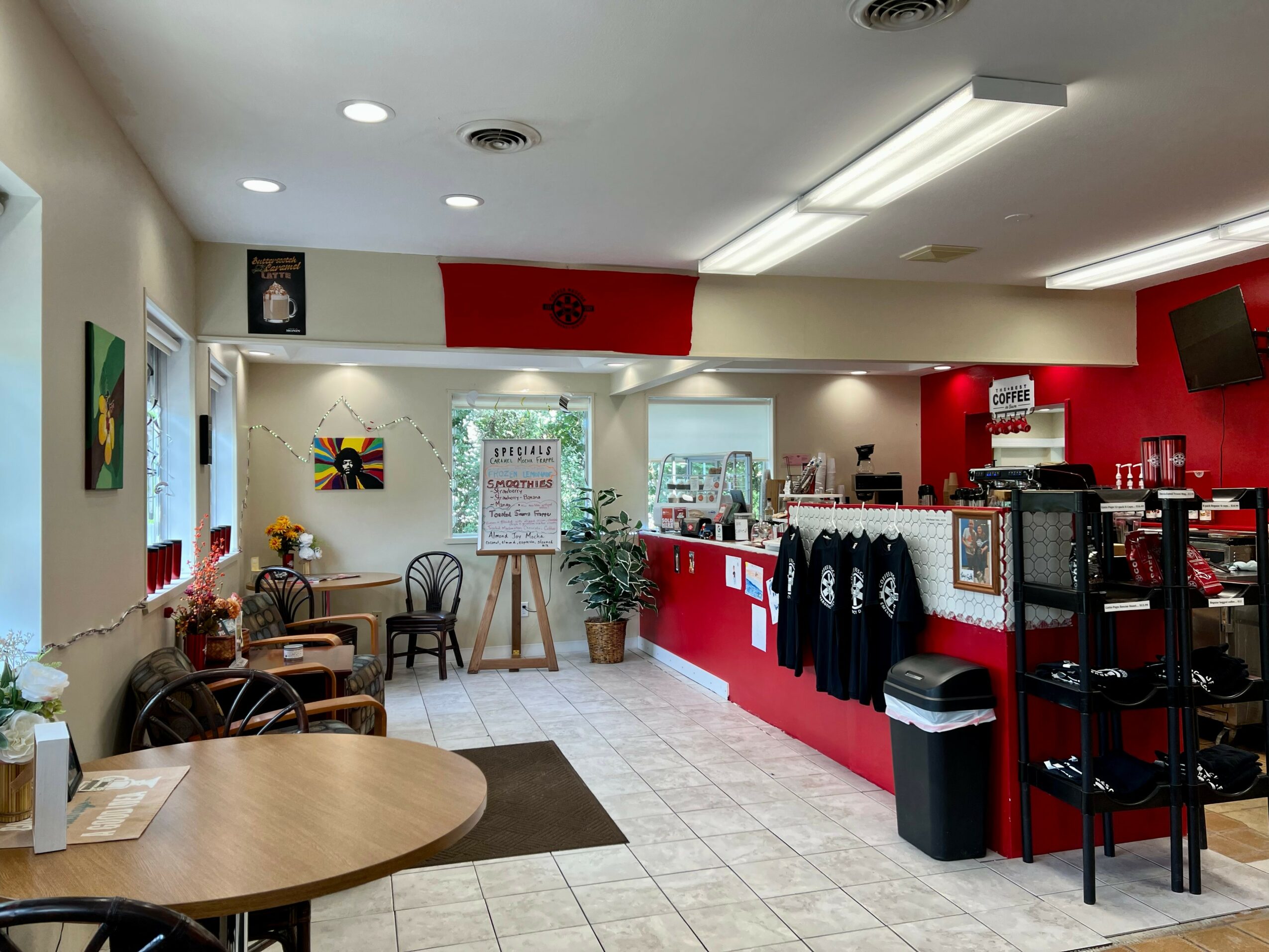 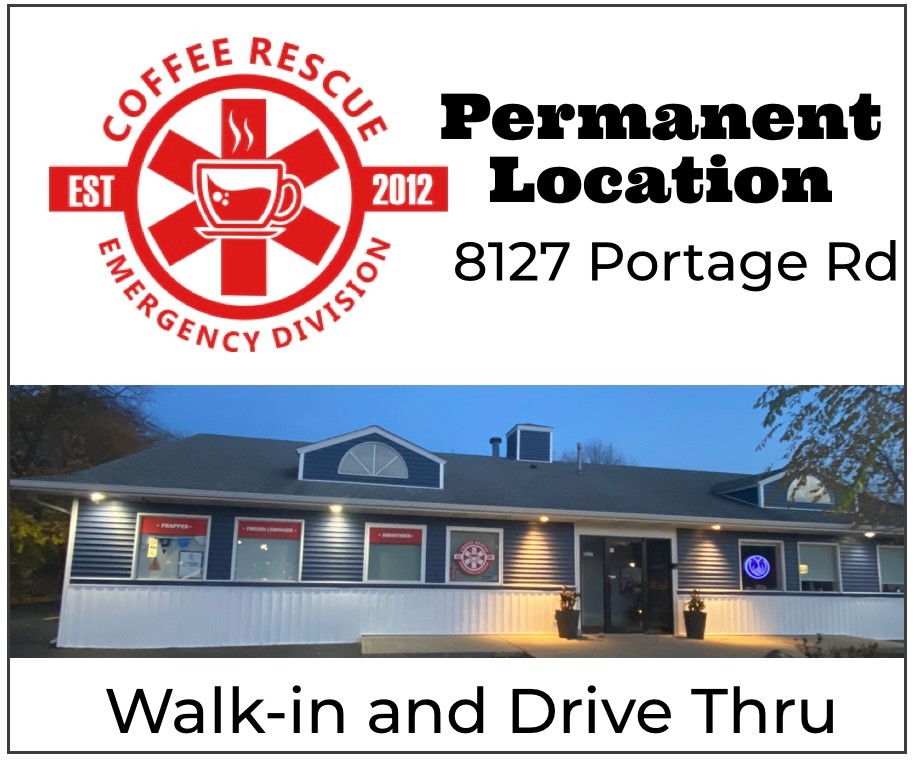 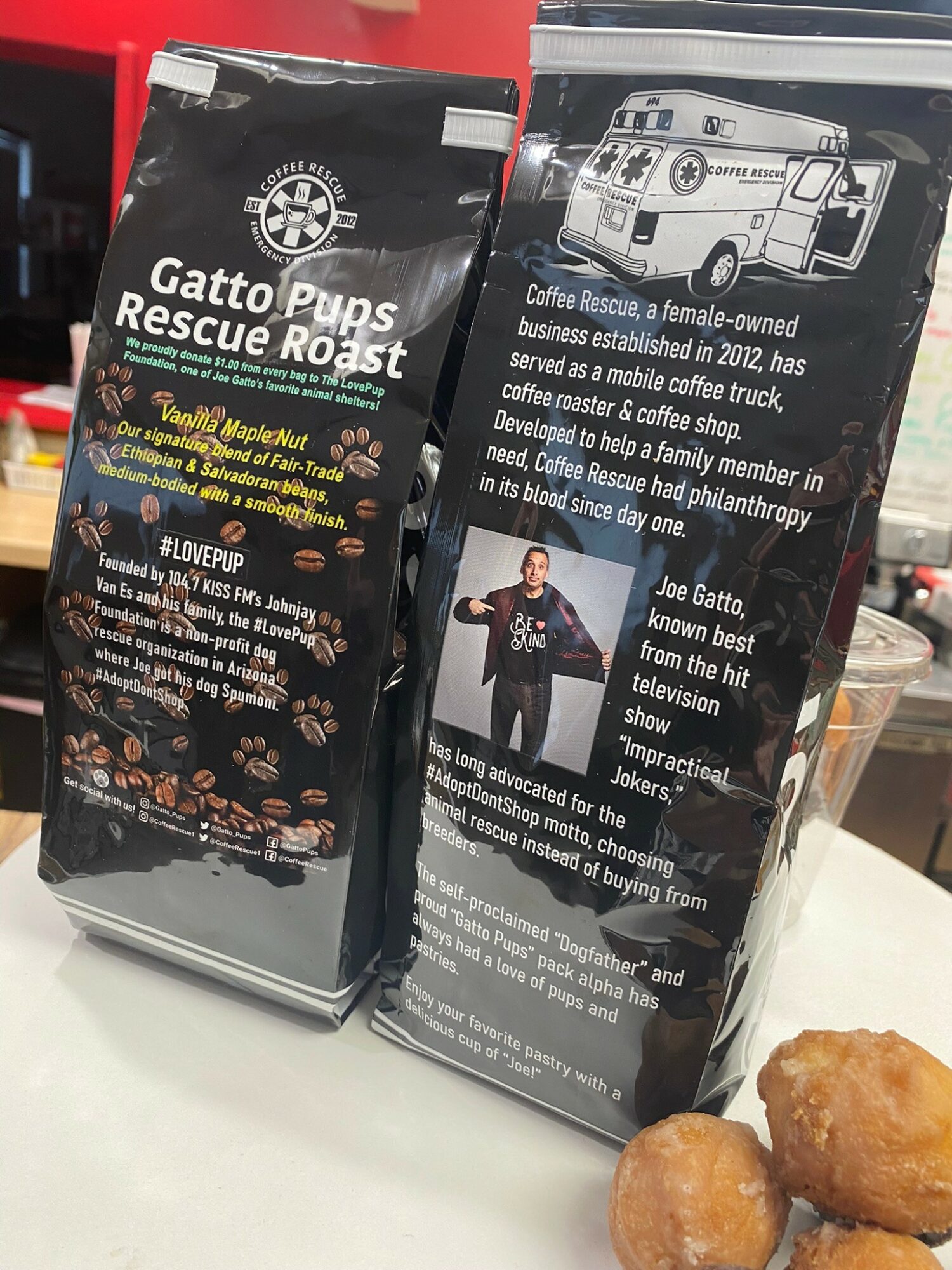 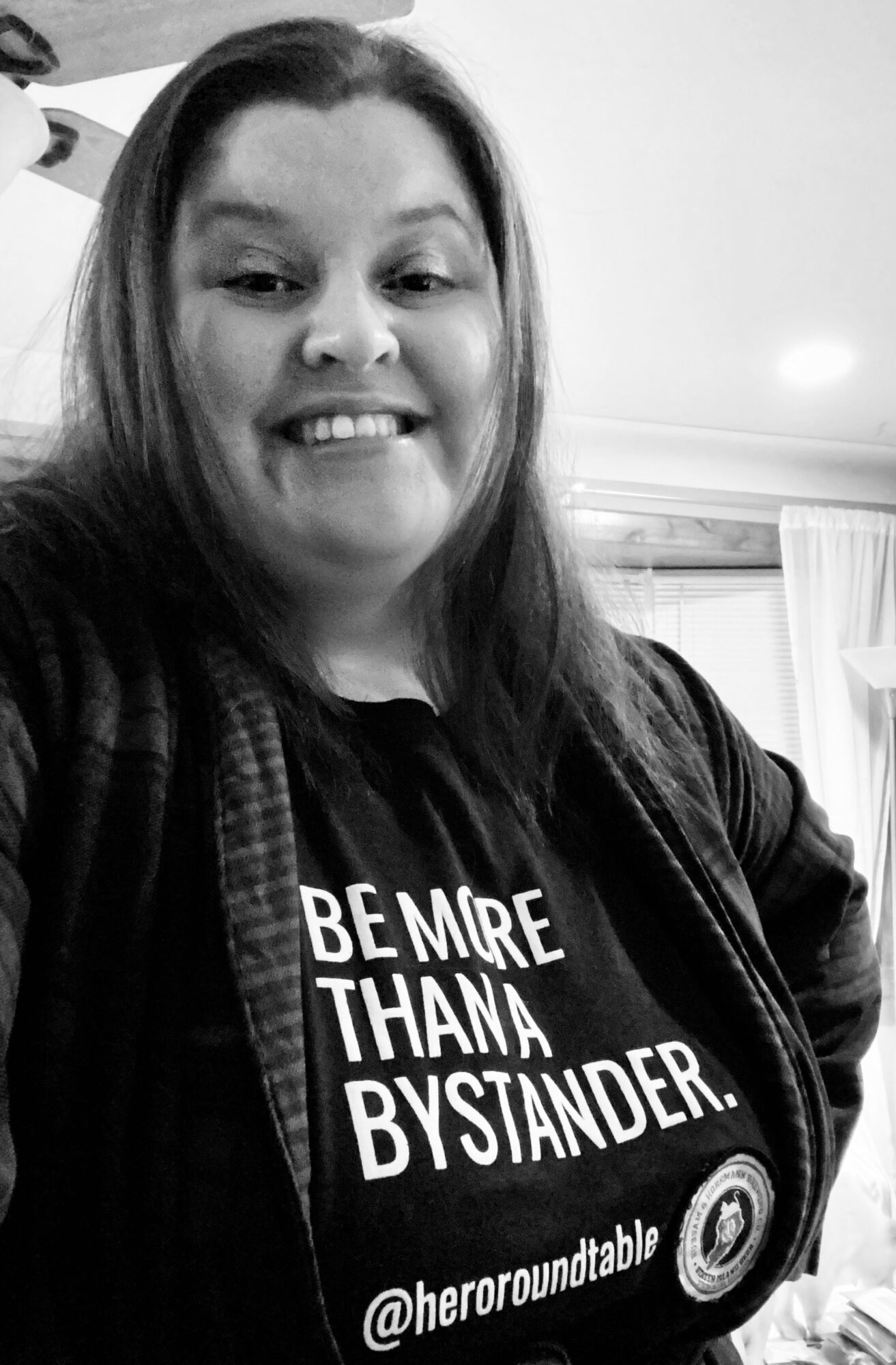 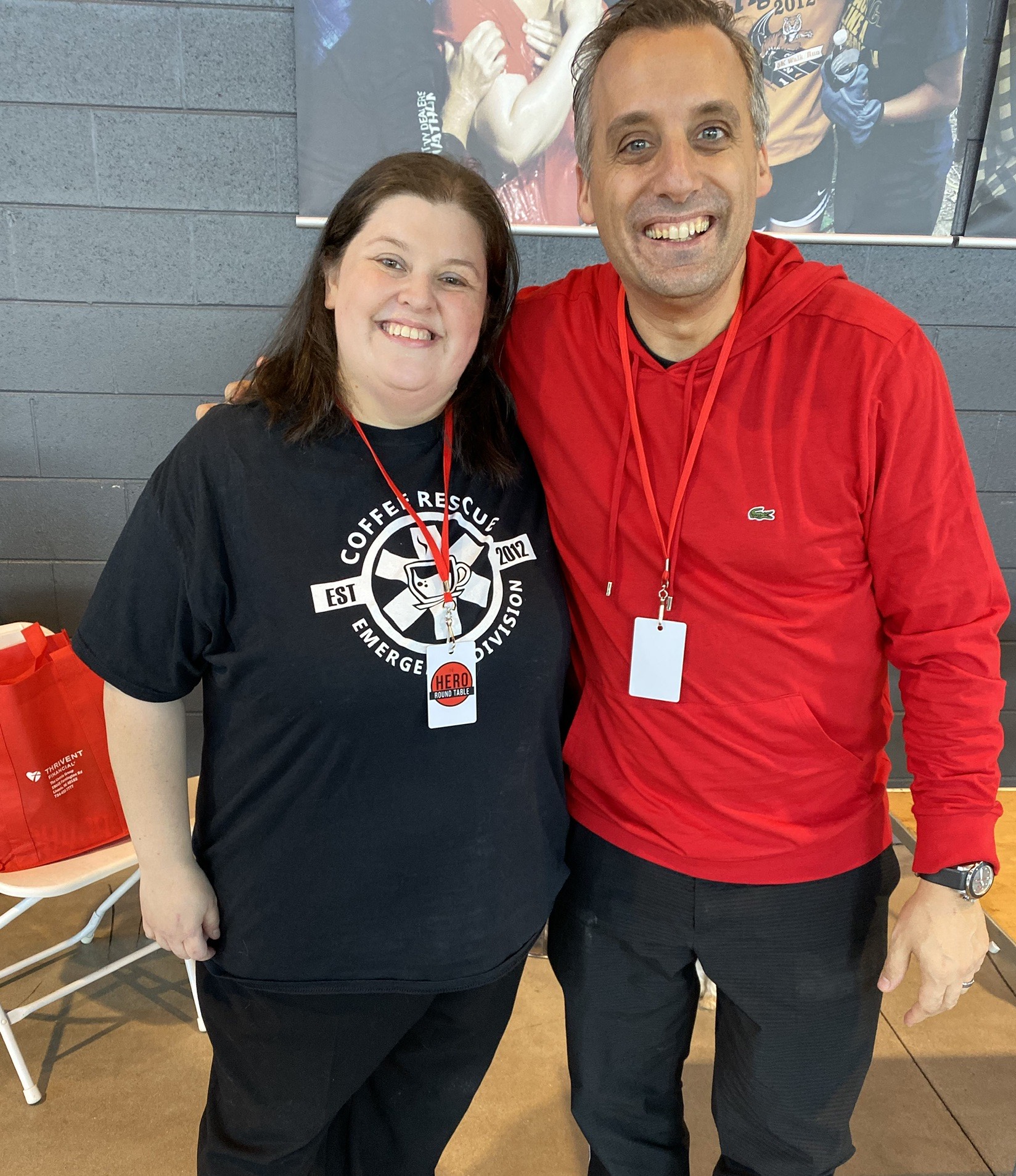 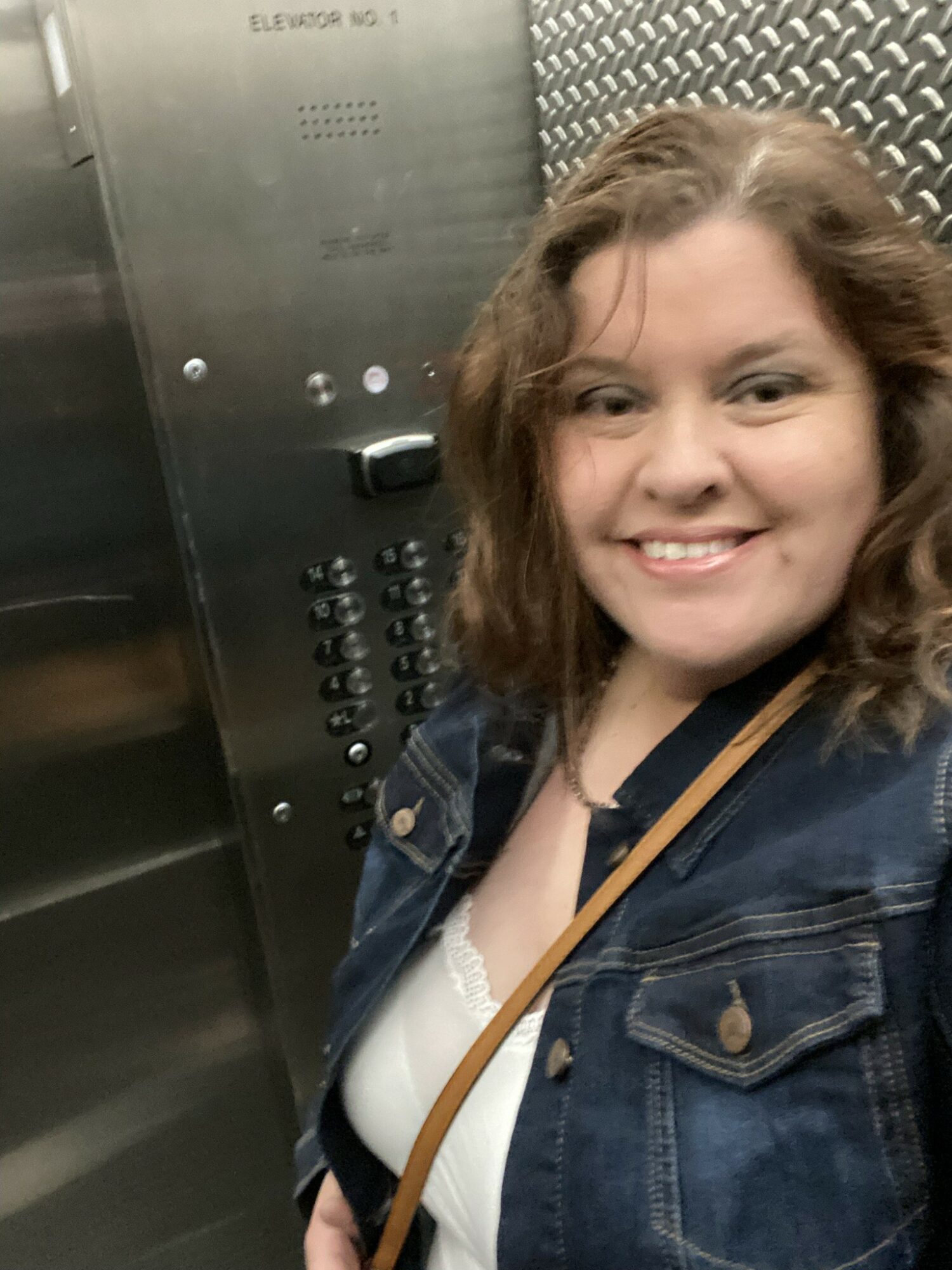 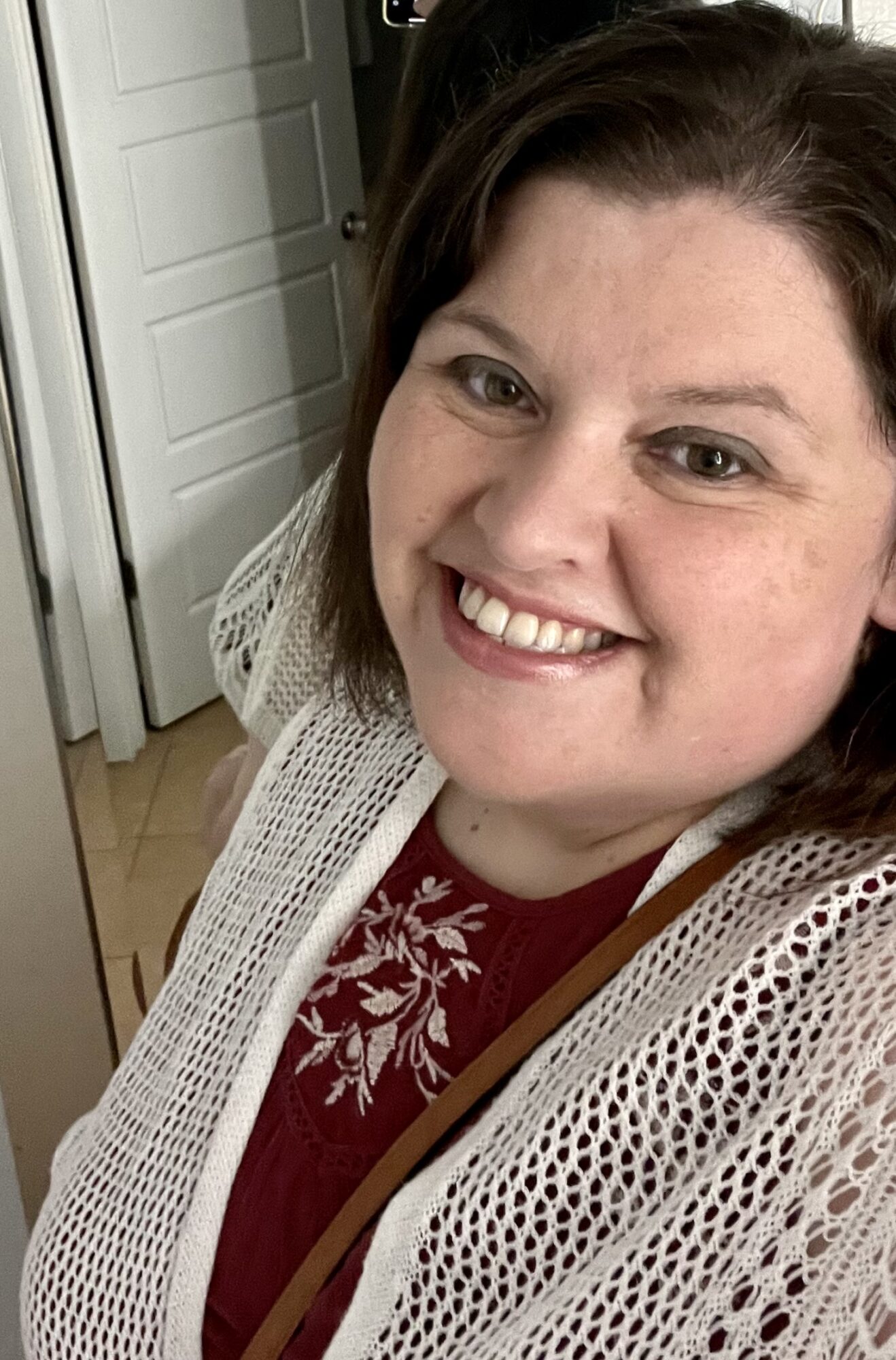