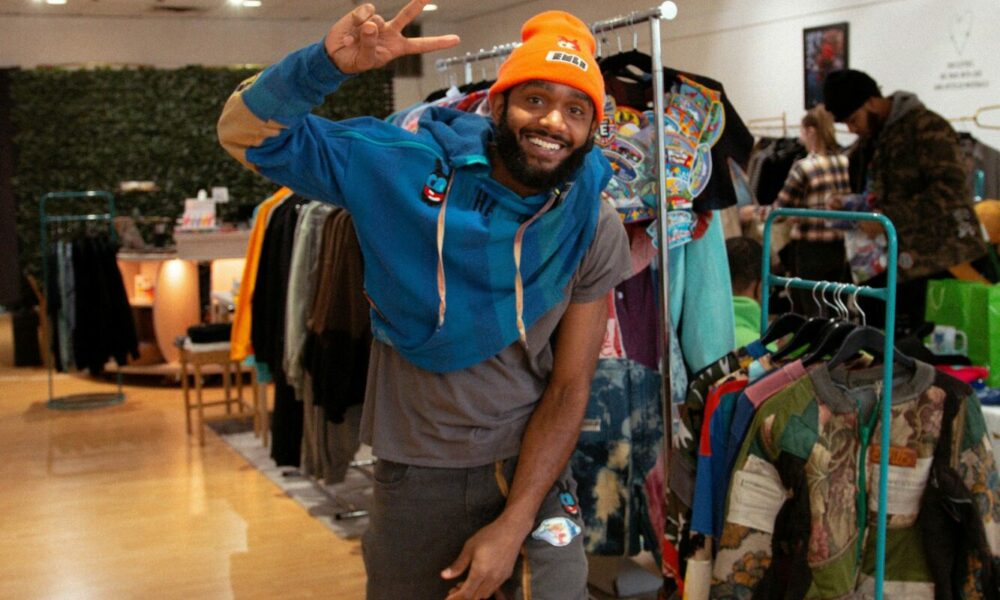 Today we’d like to introduce you to Emery Jone$. Them and their team share their story with us below:

Emery Jones {born April 15, 1987}, professionally known as Em-J, is an American Singer/Rapper/Songwriter/Fashion Designer from Detroit, Michigan. He taps into his life experiences to convert good energy, innovation & curiosity into hip hop and R&B songs. He aspires to further define the unique qualities that set his sound apart from the pack while providing social commentary on this crazy world around us and spreading some positive/motivational energy. He is also the founder and lead designer for a creative company, EMLE, improving the quality of life through innovative products and experiences. {see http://EMLE.life }

When asked what inspired him to start making music Jones says music has always been in his life. He would sing along with his mom around the house to Disney mixtapes on cassette. Some of his early influences were Soul4Real, Brandy, Usher, D’Angelo, Erykah Badu, Beyonce/Destiny Child, Ginuwine, & Mariah Carey. Then around 4th or 5th grade, his good friend Barry put him hip to Nas, Biggie, DMX, Twista, Drag-on, the Lox, the Hot Boys, Dr. Dre, Snoop Dogg, the Clipse, and a gang of other hip-hop artists. All of this was shaping his ear in addition to what he was hearing in the car with his parents, aunts, & uncles which were mostly jazz & old school r&b & soul music but what really made him want to record music was the mixtape game. His good friend from high school J-Beez would put him up on so much music he used to be amazed. When he heard Lil Wayne goin’ crazy on that Squad Up tapes & the early Young Money mixtapes with Boo & Currency he was all for it. Along with all the other dope artists like Fabulous, Lloyd Banks, Jadakiss, and Pusha who were dropping all this slick wordplay he wanted to be a part of that class of cool. Halfway thru high school, Emery got the opportunity to dive into recording his own music when he met 40 Cal, Scrilla Co { Young Co at the time}, Q, E-Pistol, & Tony Rizzo.

When asked what he loved most about creating music Jones replied, “I Enjoy several things, not sure if there’s a hierarchy to it though. I enjoy the fluidity of this form of expression, it’s kind of like a collaboration with time. I think it’s interesting how in the act of recording we digitize something so organic. I also enjoy the way I can inspire; whether it moods, feelings, or actions, iLike that aspect of creating music, oh and iLove data bounce haaa”

Alright, so let’s dig a little deeper into the story – has it been an easy path overall, and if not, what were the challenges you’ve had to overcome?
The road has been full of twists & turns, which I Understand is to be expected when embarking on a quest to be an entrepreneur. The 1st time conducted a Pop_up $hop I was super unorganized lol but as continued it gets easier to adapt to new environments and make the most of each opportunity. Two of my current hurdles I’m working to clear are optimizing my on-the-spot customizing process during events & finding ways to speed up production//mass produce while maintaining the exclusive feel of my 1-of-1 pieces. The music side of my journey has been all over the place lol, one obstacle Iran into while back, I was finishing my “SUPERCAL” project that I Recorded entirely on my laptop in a garage band, and one day, while I was out someone, broke into my house & stole my laptop & my social security card. My boy J-Beez was nice enough to let me come over a few weekends in a row and re-record the project. He even put a better mix on the project than the stolen version had. You can listen to that project here: https://www.youtube.com/watch?v=9uv-sFZ96xc&list=PLTB4I_9WY_7T2kAXOPgbMSsFMKKsEzLYi

As you know, we’re big fans of you and your work. For our readers who might not be as familiar what can you tell them about what you do?
As of recent, I’ve focused more of my efforts on creating pieces//collections for my brand EMLE. I started doing graphic tee shirts back in 2007 with fabric paint mostly for myself, friends & family. As my friend Myke Wright & I began making short videos for our series THExWEEKLYxHOLIDDAY: https://www.youtube.com/watch?v=eWoeZaZz5WY&list=PLTB4I_9WY_7SZr4x8dbk6VtagfjqBIS7G I wanted to make a wider range of products that would hopefully reach more fans of our art so released a collection of rebellious Screenprinted graphic tees. Following the end of season 2 of THExWEEKLYxHOLIDAY, we created a series called The EMLE Questions which was very exciting. I wanted to create a game show of sorts where we surveyed people from all walks of life with fun questions: https://www.youtube.com/watch?v=a8C-MB85eq4&list=PLTB4I_9WY_7TdpmKFHuHq6Psr5to9H_Cb, As The EMLE Questions was picking up momentum, I was starting to customize my clothing sewing by hand & using more stencil painting techniques. I wanted to make something we could wear in our videos that would generate a sense of allure. Inspired by fashion photographer, visionary & founder of Show Studio I Began creating fashion films: https://www.youtube.com/watch?v=nhGJHqc_S7A&list=PLTB4I_9WY_7SIRvhA44bfJilUFSmlSnEA, As I Continued to create sewing by hand, my friend Myke’s mom noticed a few of the sweaters I was wearing into the Detroit Public Library Redford Branch as I was conducting Anime Drawing Workshops {that she hooked me up with} and she asked if a sewing machine would help me. She gifted me a sewing machine that upgraded my entire design process. This happened again about 3 or 4 years ago after I sold a cut-n-sew asymmetrical EMLE dress to my friend during an EMLE POP_UP $hop at Detroit Fiber Works. She enjoyed her dress so much that she asked how she could help speed up my production, this time I was gifted a heavy-duty sewing machine & and an adjustable mannequin. I’m still leveling up my production with the help of that equipment, honestly, it’s kind of difficult to say what sets me apart from others, but will say I’m passionate & have my own vision.

What’s next?
Stability, I’m looking forward to unlocking my situation and establishing a stable platform for growth & evolution of myself as an innovative artist & a businessman. 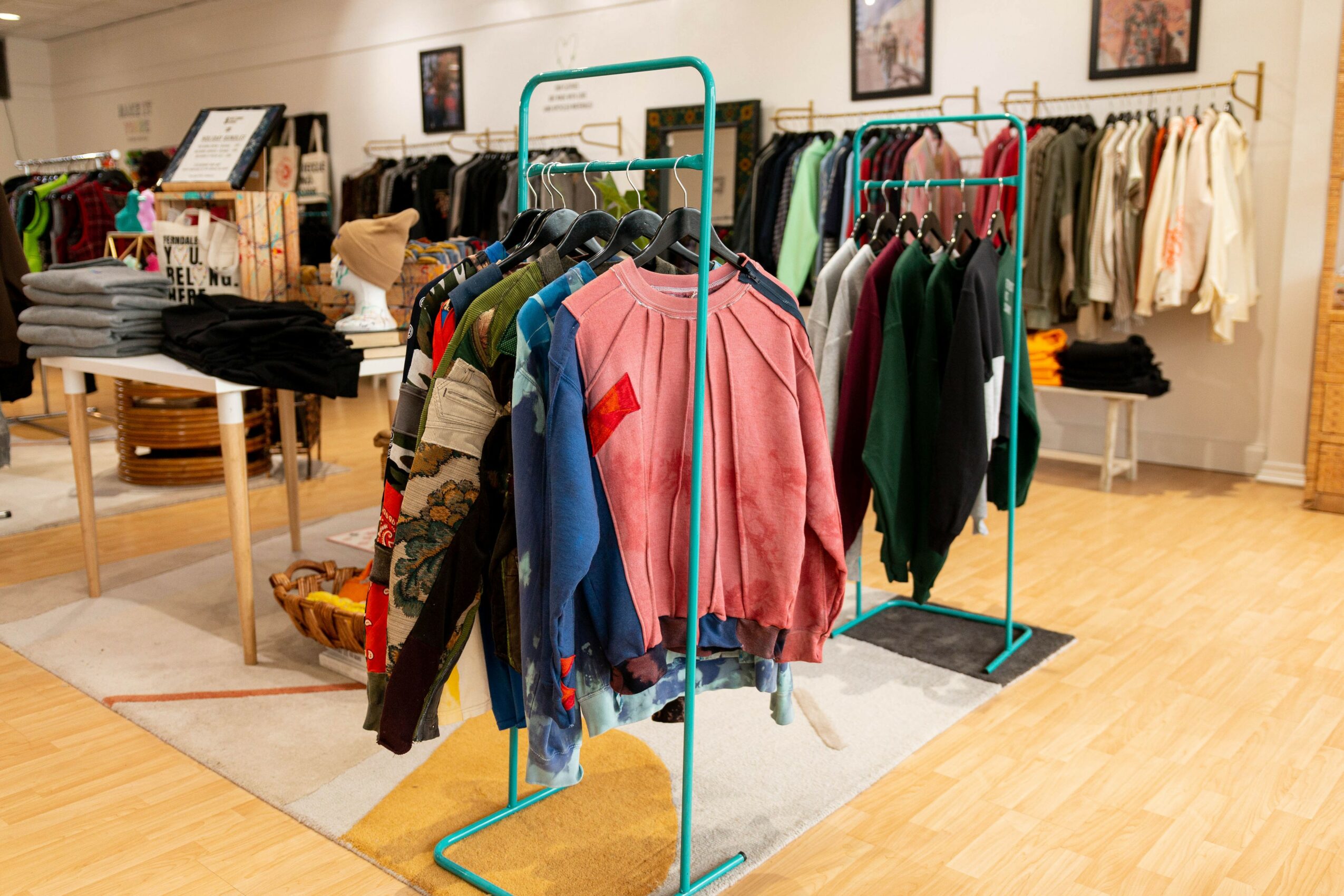 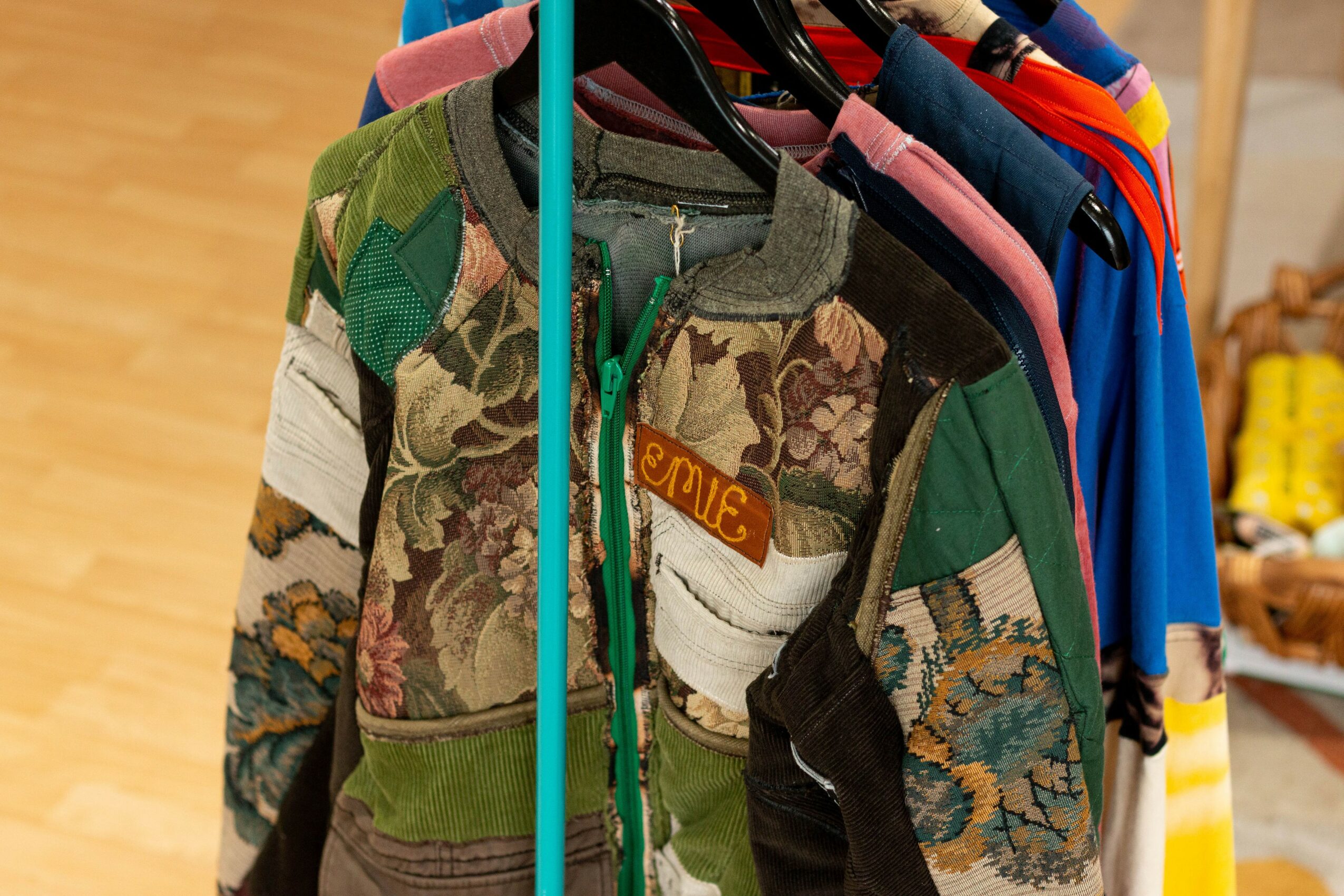 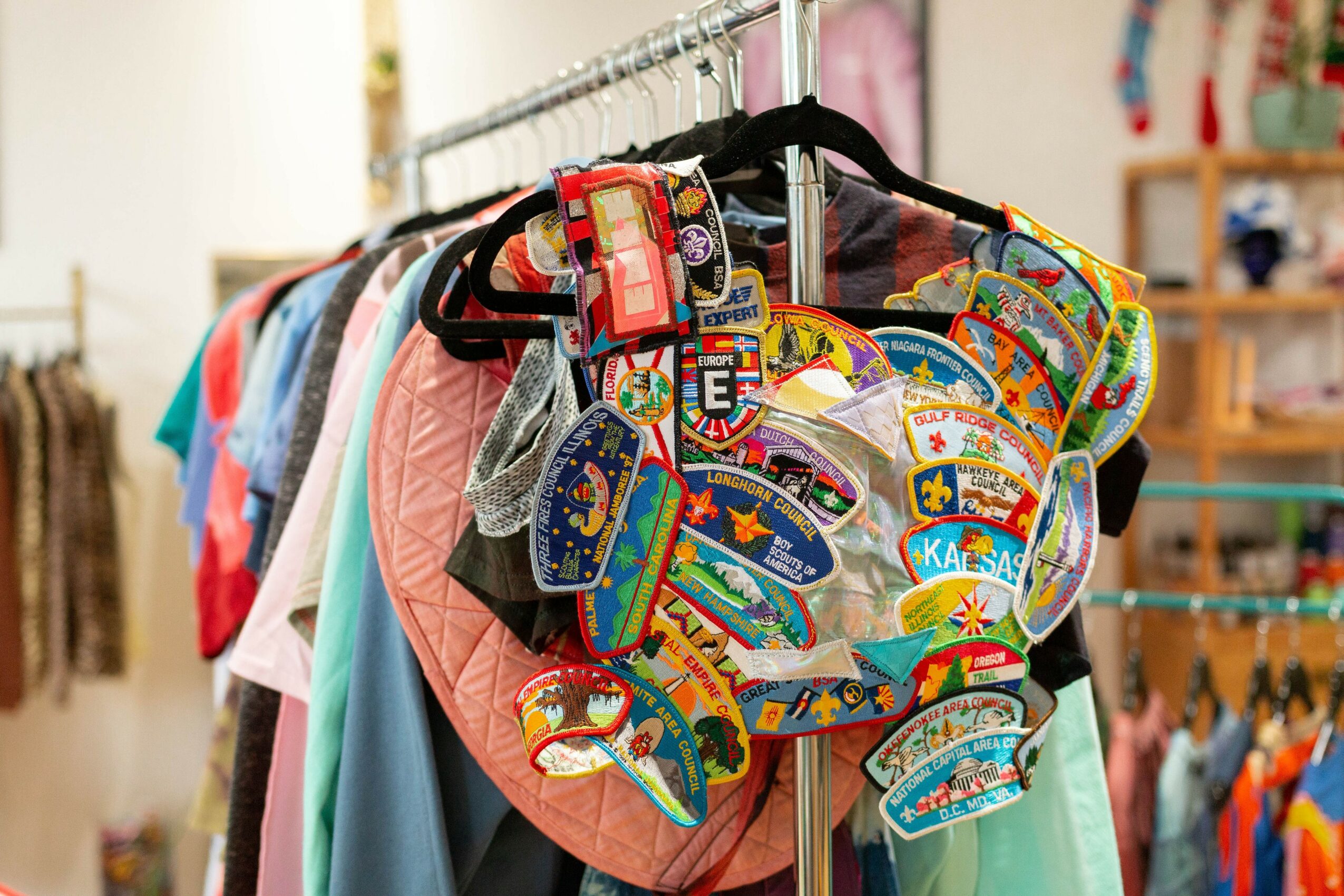 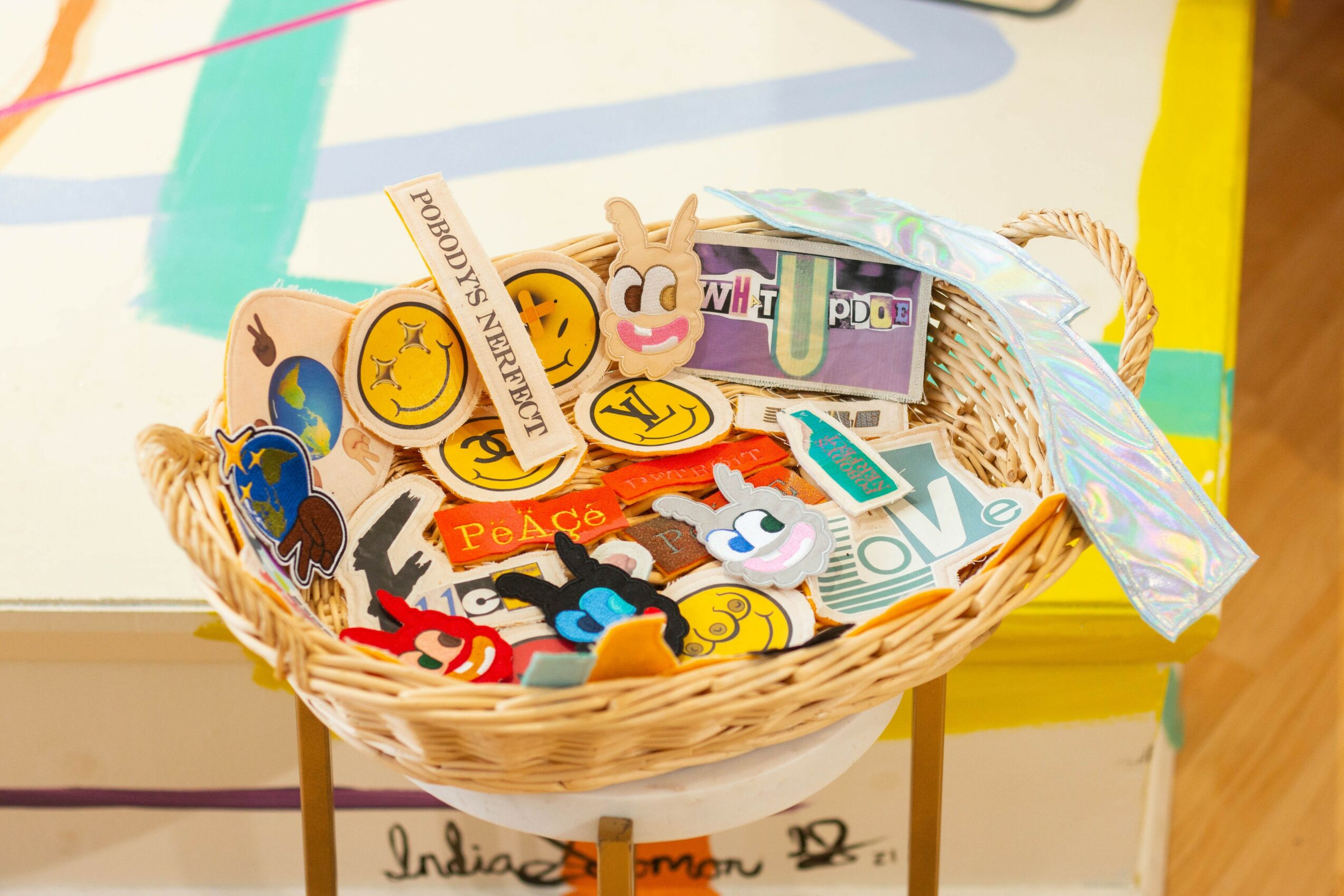 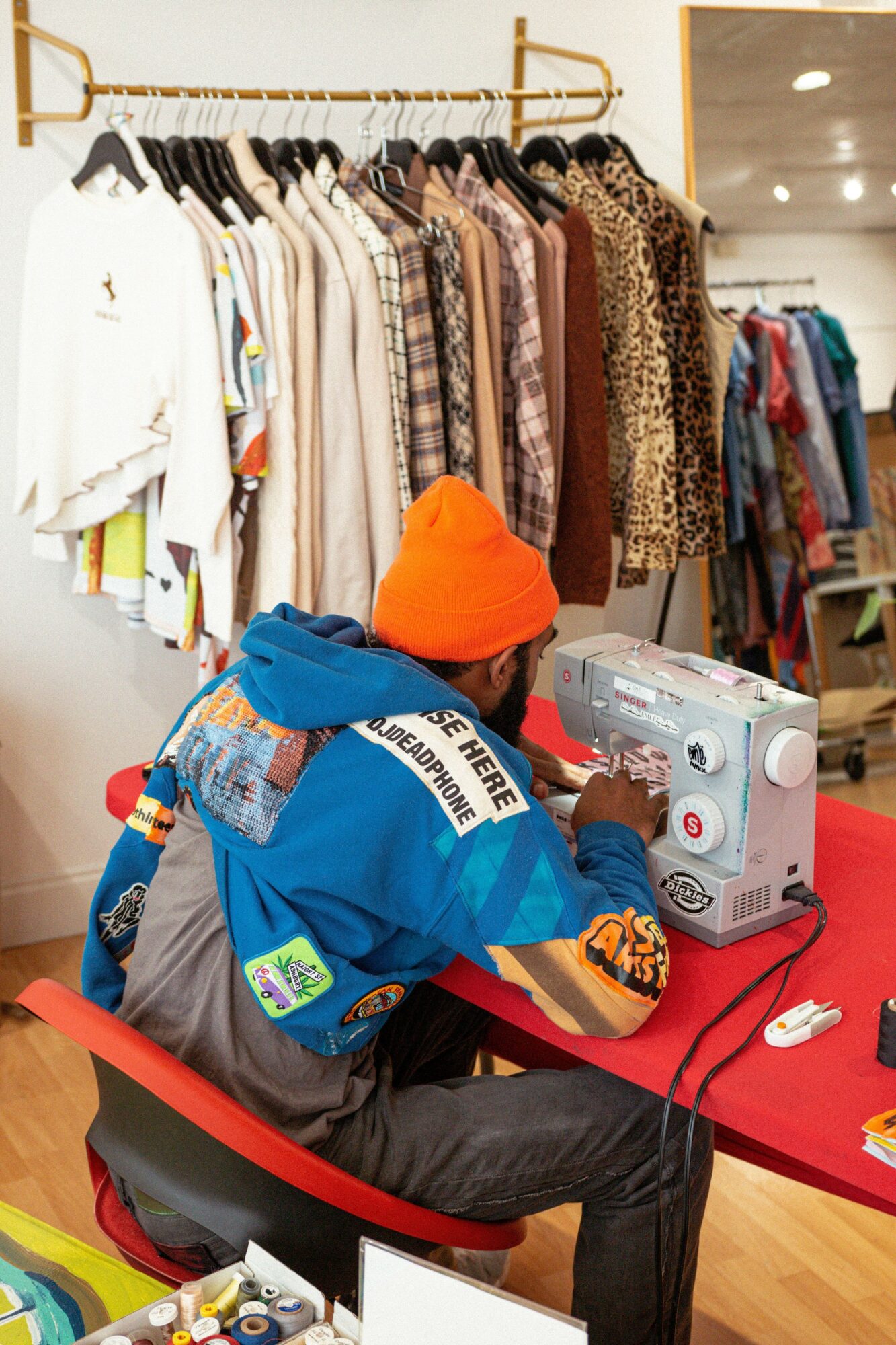 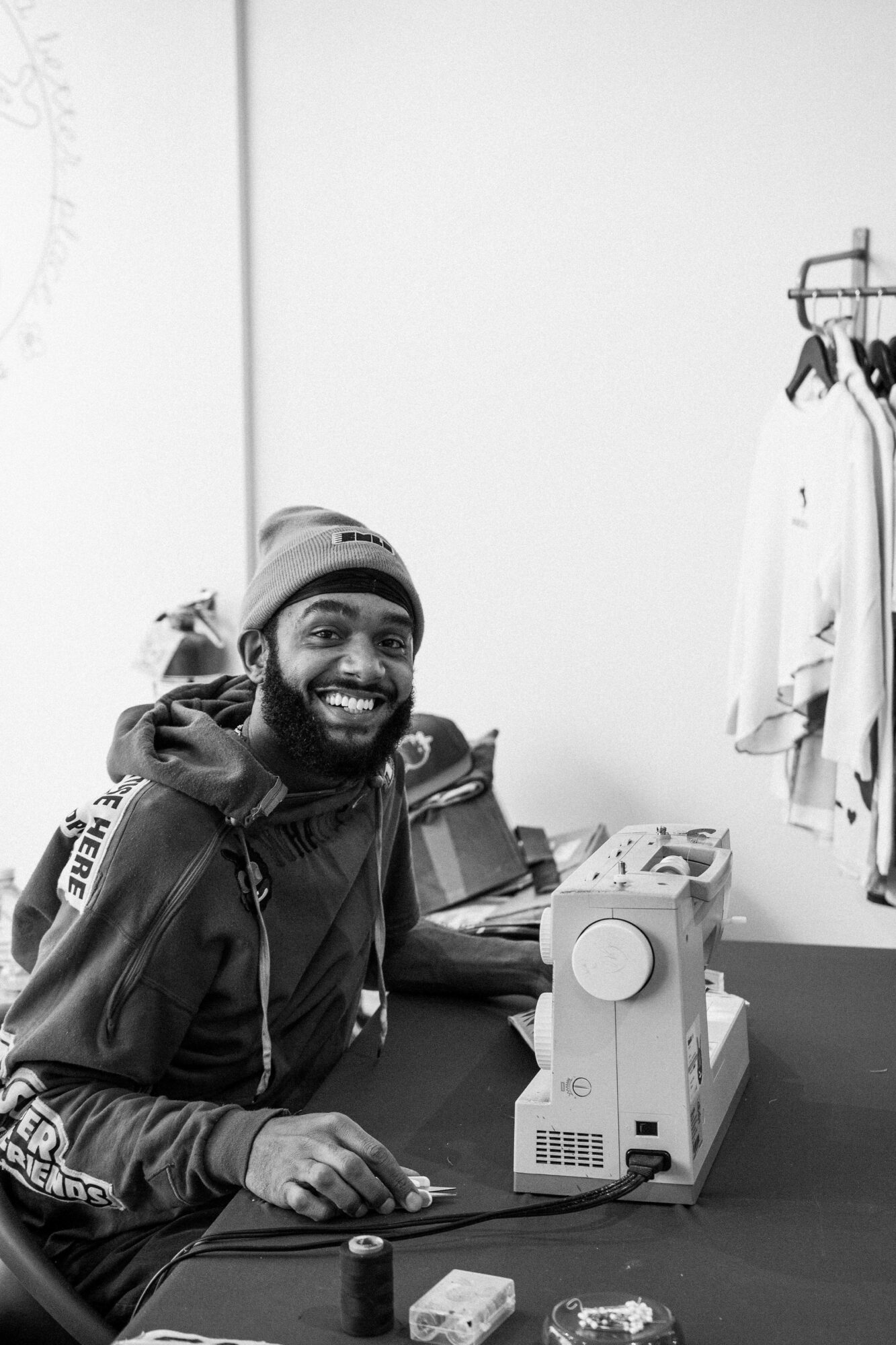 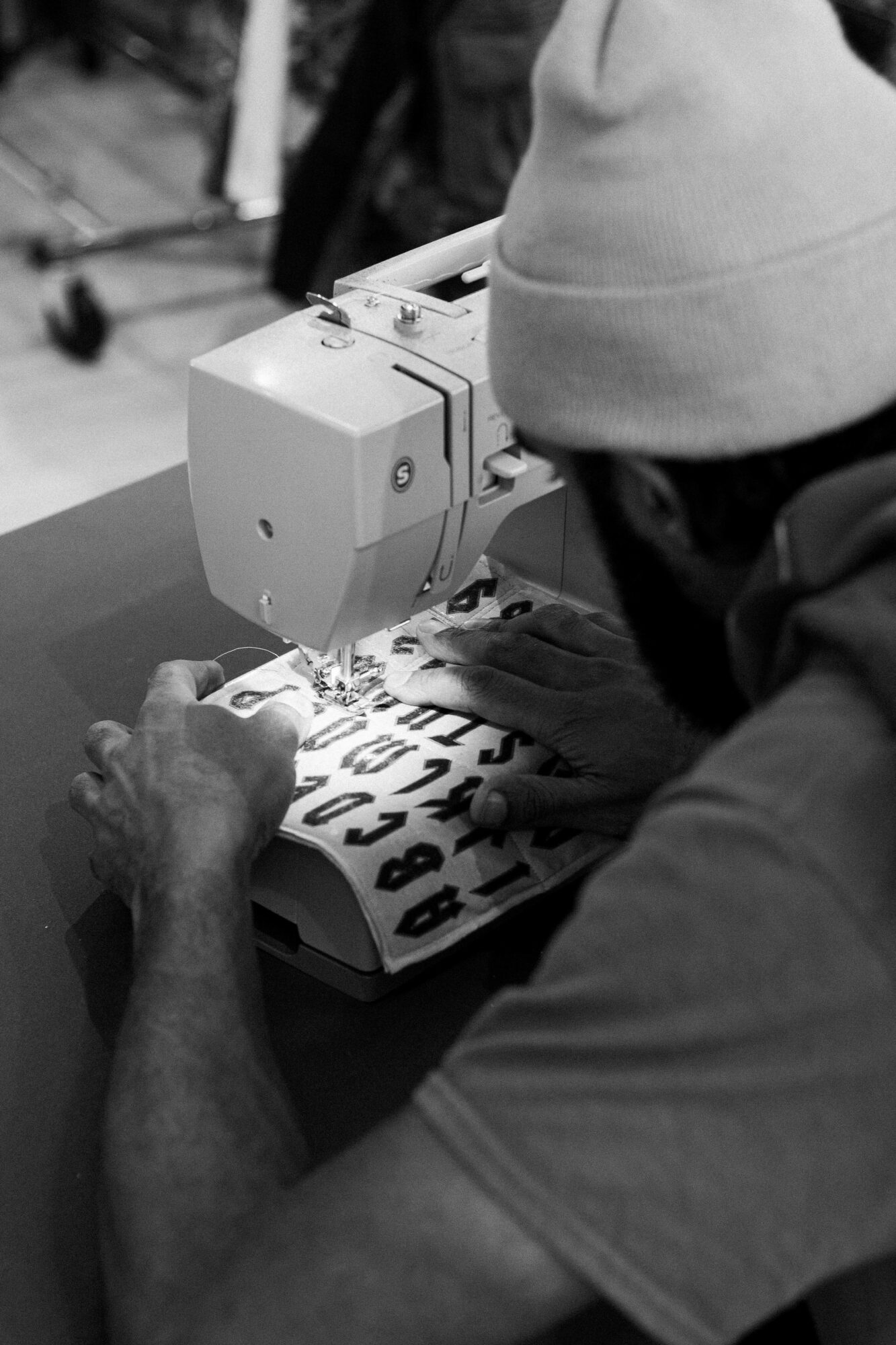 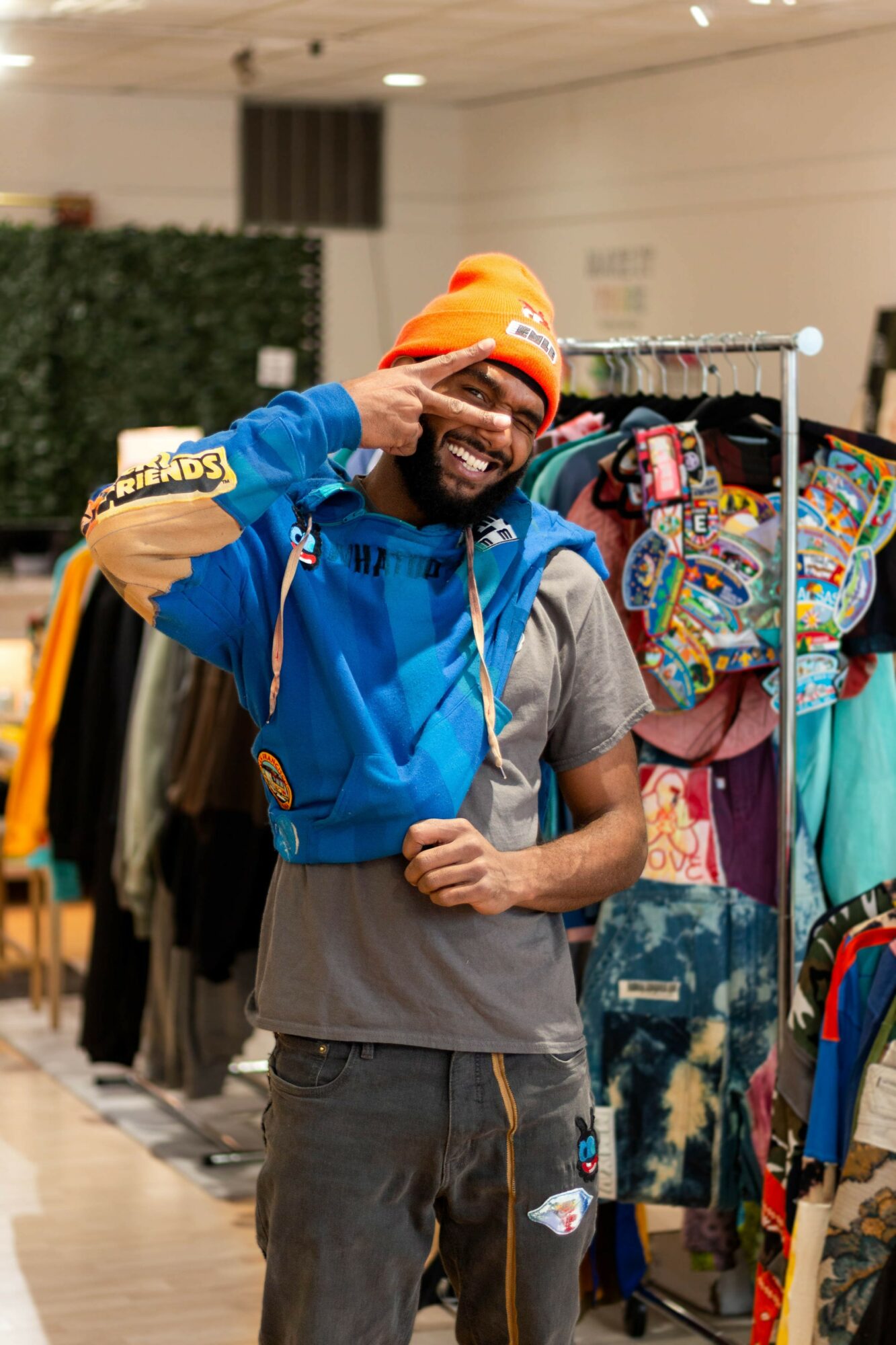