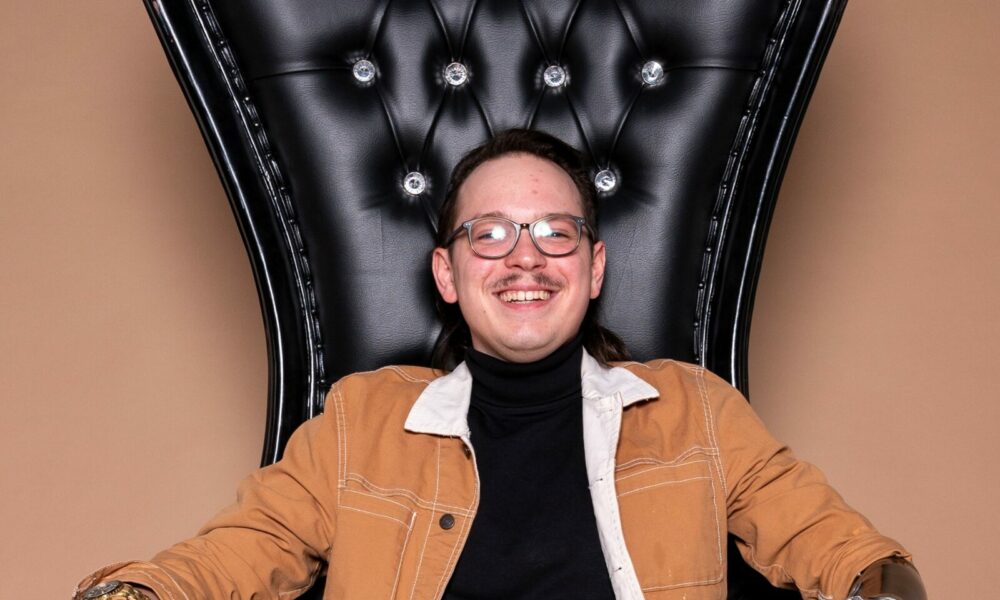 Today we’d like to introduce you to Lee Cleaveland.

Alright, so thank you so much for sharing your story and insight with our readers. To kick things off, can you tell us a bit about how you got started?
I’m an actor, musician, amputee, and cyborg based out of metro Detroit. I was born missing my left hand below the elbow and for most of my life I did everything without a prosthetic, but for the last few years, I’ve had the good fortune to be able to incorporate a state-of-the-art bionic hand into my everyday life.

My parents are both theatre people, my mom being an actress, director, musical director, and pianist, and my dad is a scenic designer, carpenter, stage manager, and production manager. As a result, my brothers and I never had much of a choice but to become artists. Upon graduating high school, I began working as a professional musician playing trumpet, guitar, and bass in indie/punk bands, musical theatre orchestra pits, weddings, and car shows as well as working as a session and touring trumpet player. As a kid, I began acting professionally in plays, musicals, and commercials while I was still in elementary school and I later would go on to double major in Acting and Filmmaking at Michigan State University.

Towards the end of my time at MSU, I began writing and performing my own original music at house parties, dive bars, and punk basements before coming back to metro Detroit to focus on music. Over the last four years, my band Lee Cleaveland & The Lefthand Band has started to form a name for ourselves and has toured throughout the Midwest and east coast. 2022 has been a big year for us so far – we released our first full-length album “Tech Support” on March 25th as well as a pretty killer music video for our song “Cyborg Man” which was directed by local director Nick Margetich (both of which are available on all streaming platforms).

I’m sure you wouldn’t say it’s been obstacle-free, but so far would you say the journey has been a fairly smooth road?
It hasn’t always been a smooth road – having only one hand carries with it its own unique set of challenges and I’m grateful that I’ve had a little trouble as I’ve had. Since I’ve never had a left hand I’ve never known how to do things any differently so if I ran into any trouble doing something with only one hand, I’d simply decide that it wasn’t going to stop me and I’d work until it wasn’t an issue anymore.

Learning how to play guitar was one of the bigger challenges and is one of the ones that I’m most proud of conquering. When I started learning guitar, I already knew how to play trumpet and piano so I understood the theory of the instrument but had trouble executing the mechanics. I built and designed many different ways to try and hold a pick with my stump, but I ultimately decided that a small thumb thing at the end of the arm hit the strings at an angle better than any device I could build. It took a lot of blood, sweat, and tears in order to develop the calluses necessary to strum and pick the strings with my nub but in the end, it was all worth it.

Outside of my creative endeavors, I’ve held many manual jobs over the years. For most of my life, I’ve preferred to do everything without the assistance of prosthetics, but over time I was damaging my back by lifting things without one because I was twisting my body in an unnatural way in order to compensate for two different lengths arms. I spent the summer of 2015 loading trucks, working on a farm, and doing carpentry with my dad. That fall when I went back to college, I ended up suffering a herniated disc while skateboarding that temporarily paralyzed my right foot. After my recovery, my doctors suggested that I think about getting a prosthetic in order to prevent further damage to my back and to help adjust the shape of my spine and how I grew into my body. Insurance companies are notorious for refusing to provide amputees with prosthetics and will often decline to cover adaptive devices despite the proven need. In order to work around having to spend hundreds of thousands of dollars on a prosthetic, I began experimenting with the free 3D printing services at the MSU library and started printing my own arms.

This attracted the attention of the university and we formed a team of engineering students and members of the disability services office to begin researching affordable and accessible ways to provide 3D printed bionic limbs to those in need. In 2017, I did a TEDx talk on our work and the future potential 3D printers and open-source technology hold for the disability community. That TEDx talk opened a lot of doors for the team and me and I was soon able to convince my insurance company to cover the bionic hand that I use today.

Appreciate you sharing that. What else should we know about what you do?
Lee Cleaveland & The Lefthand band is a raucous and energetic indie rock band from Detroit. Guitars, bass, keys, and a horn section are the brushes we used to paint our eccentric blend of rock n roll. Influenced by garage rock, surf pop, punk, 60’s rock, and Americana/Folk, we pride ourselves on bringing fun, loud, and oftentimes humorous live shows to the masses. Our new album “Tech Support” as well as our EPs are available digitally on all streaming platforms and physically on our Bandcamp merch site.

What was you like growing up?
Growing up, I was always a pretty happy, and (for the most part) well-behaved, straight-A kid. I’ve been leaning into the comedy of missing a hand since the beginning, and from a very early age, I was known to use my arm as a way to mess with strangers, babysitters, and everyone in between. I’ve never been somebody to let things get in my way, so I always tried to make light of my situation and enjoy the absurdity of it all. Thankfully, my entire families are artists and performers and they did a fantastic job of fostering an environment where my brothers and I could explore many different outlets as well as encouraging creativity and problem-solving skills. Fortunately for me, I was born without my hand so I never had to “re-learn” how to do things. This is all I’ve ever known and I was able to learn how to do things at the same pace as the other kids and never had many issues tying my shoes, riding a bike, playing sports, etc.

Most of my interests as a kid were creative, and I began acting in plays and commercials at a very young age. I found myself at home in the theatre both on and off stage, and I tried to be a part of as many productions as possible and would try to help in any capacity that I could. I was very involved with music as well – playing trumpet in the band, DJing at my high school’s radio station, and going to every local punk show that I could find. I’ve always been very outdoorsy; I excelled in the Boy Scouts, earning my Eagle Scout and spending a lot of time hiking, camping, and canoeing. 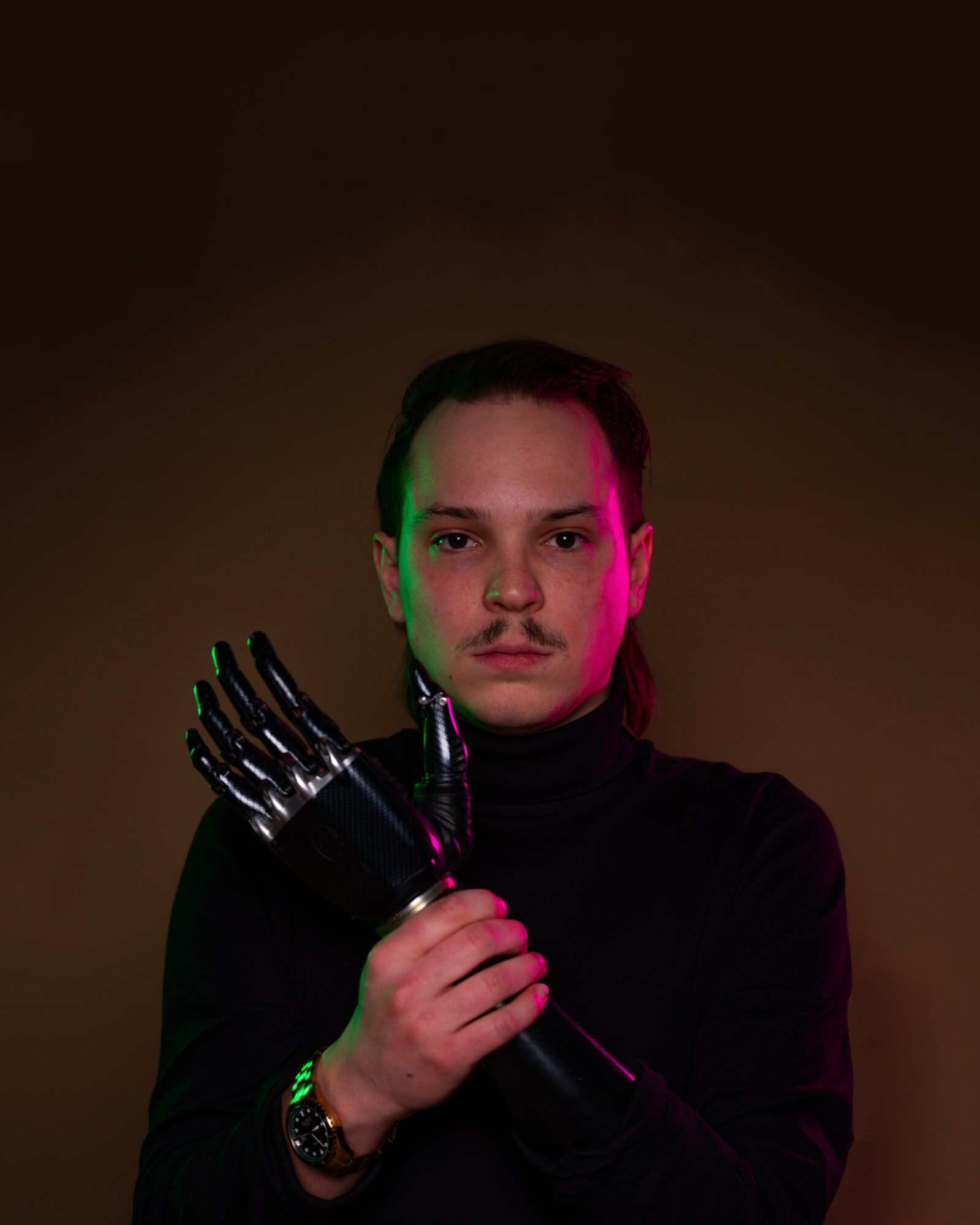 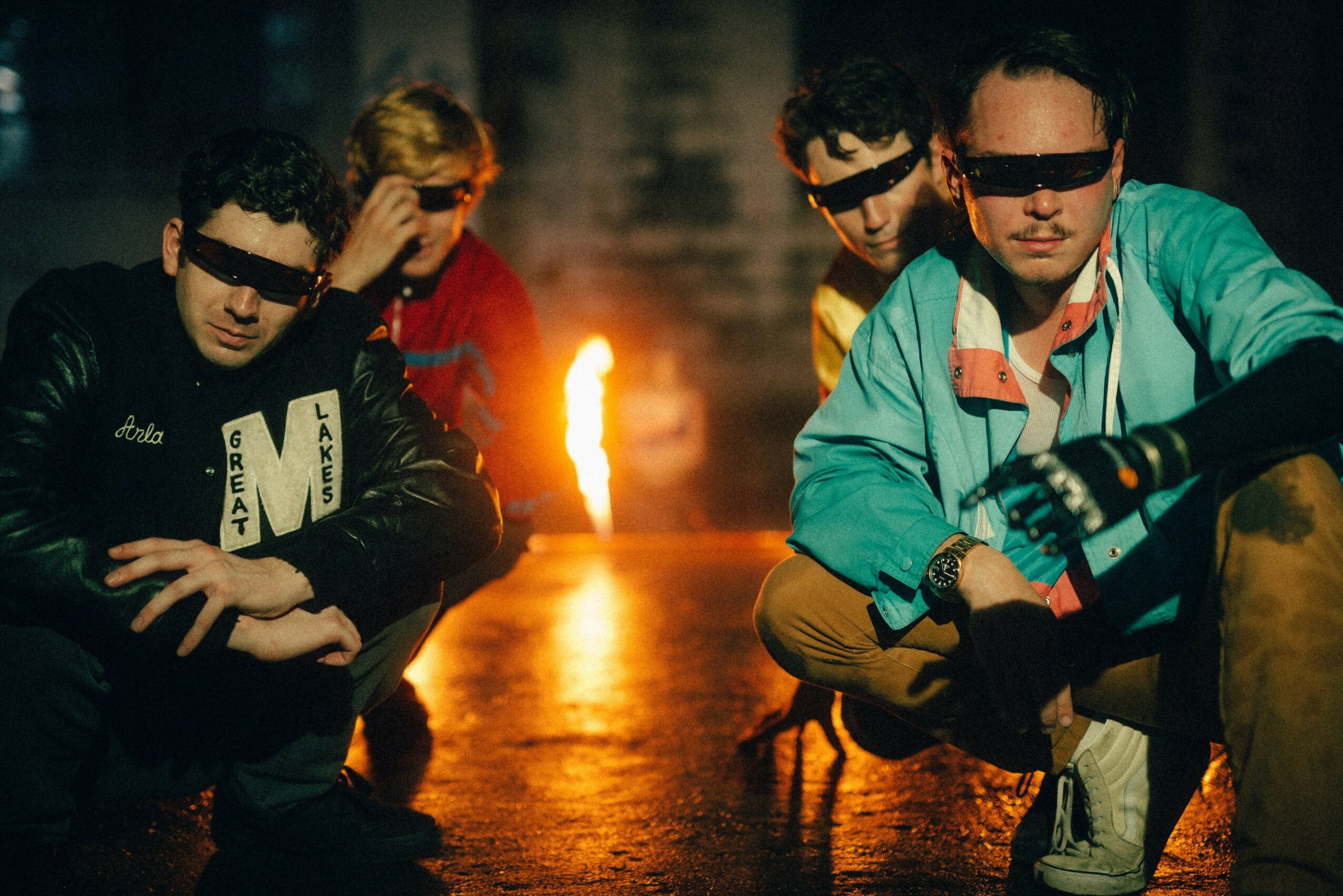 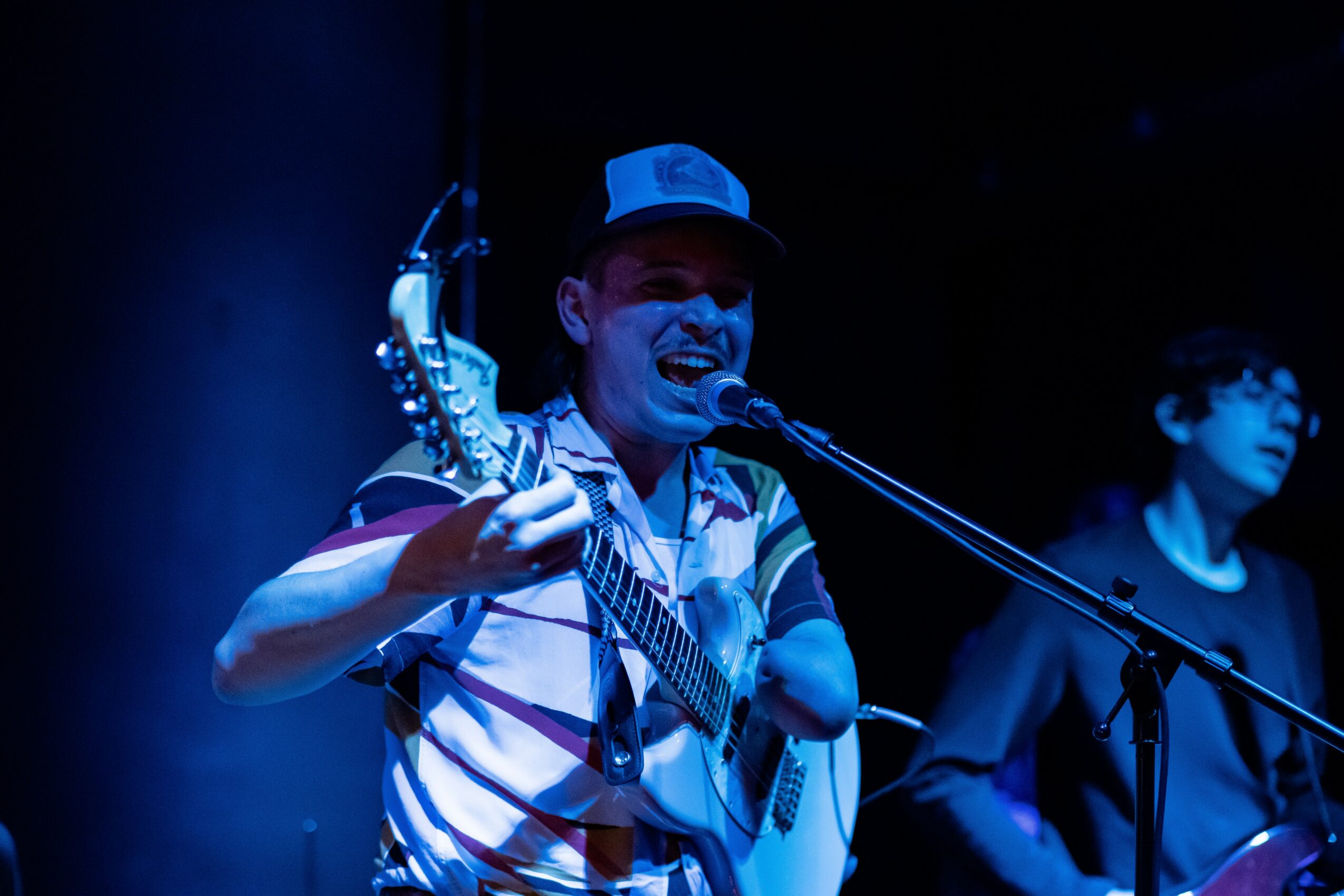 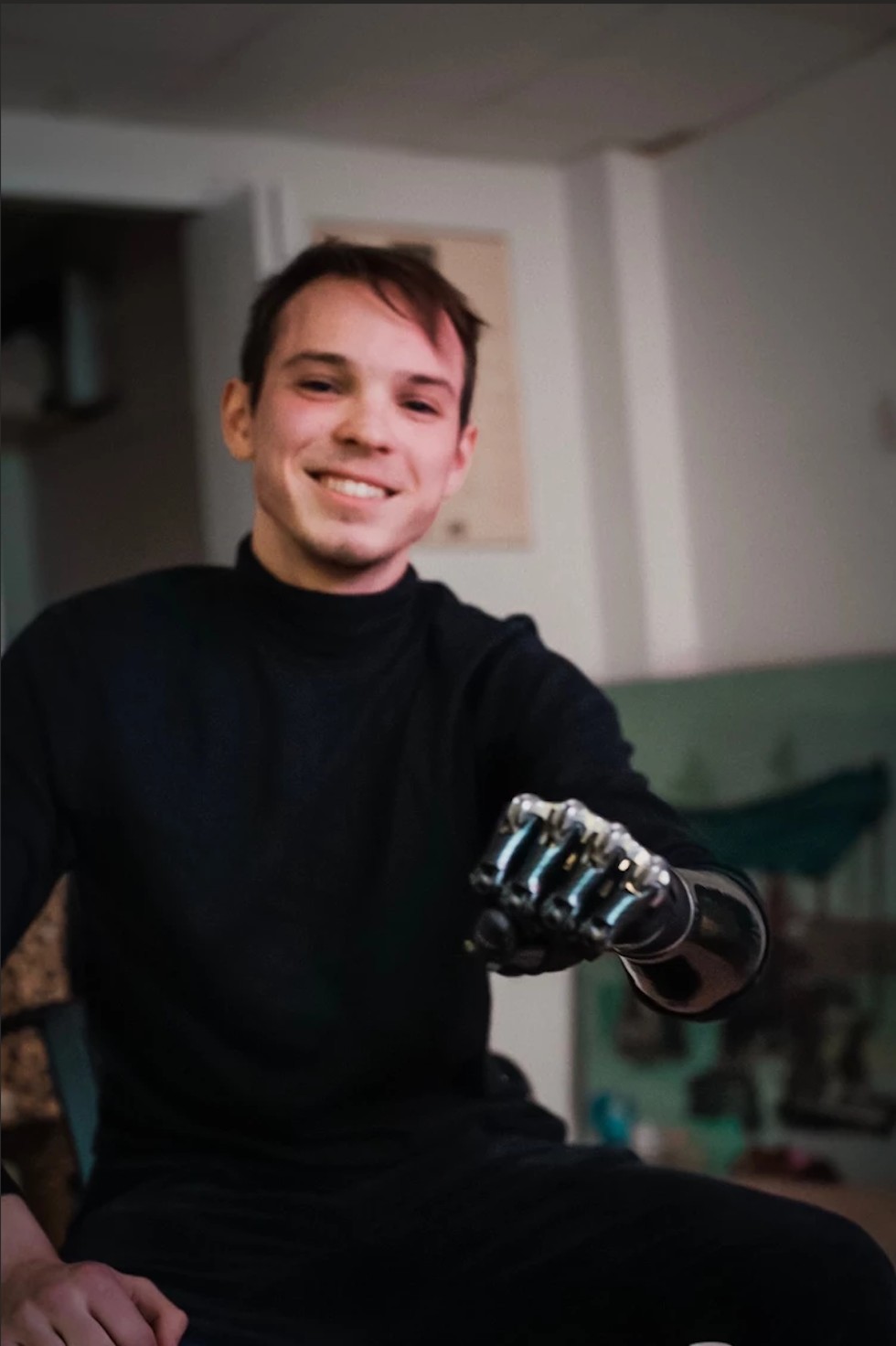