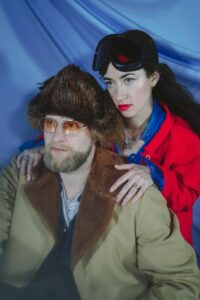 Hi FINKEL, can you start by introducing yourself? We’d love to learn more about how you got to where you are today.
We (Jane and I – Brian is writing this one…) started writing and performing together at Albion College in 2011. We performed in the collegiate a cappella group, Euphonics, as well as performing some tunes acoustically at our local college bar Cascarelli’s, accompanied by some close friends.

During the summers, we traversed to Mackinac Island, MI (where Jane is from) and cut our teeth playing 3-hour bar gigs 4 nights a week from 2011 – 2014 while holding jobs in local bars. We saved up some dough and hit the road in the fall of 2014 for our first nationwide tour. It wasn’t a glamorous tour by any stretch. Lots of shows were played to 1 or 2 individuals. We even got duped in New Orleans and got booked by a fake promoter in a cafe that hadn’t had live music in 10 years (reach out for more on that if you wish, it’s a hilarious tale). Despite the rugged exterior, that tour set the tone for our career. We learned how to book a 50+ date tour across the US. We learned how to budget and how to go after the right opportunities and mitigate potential risk. After 3 months of transformation, we arrived home and moved to Kalamazoo, MI.

In Kalamazoo, we teamed up with a couple of stellar new bandmates, Sord and Matthew Milowe, as well as an incredible producer out of Benton Harbor named Bill Skibbe, now with Third Man records. We toured regionally from 2015-2017 with the 4-piece outfit and a slew of new songs. During that time period, we were seeing some pretty significant success from a collaboration we did with some friends in Nashville while on our first tour in 2014. A wedding (we got married hehe…family band) and 68 million streams later, we said goodbye to our dear friends and headed for the west coast to rebrand our project and start anew.

We launched FINKEL in 2018 when we got to LA and started drafting ideas for what the new project would look like. We wanted to get into a more journalistic form of music writing to allow ourselves to pair with our writing session with a new focused intent. We engaged in writing workshops back in Kalamazoo with the 4-piece, so it was simply an evolution of previous workshops. On a fall night in 2018, we were watching an episode of Anthony Bourdain’s Parts Unknown. We have been inspired by his journalistic approach for a long time, and while watching the episode, something clicked; we wanted to create work in a similar vein using our artistic medium, music.

For the next 3 years, we put out singles, EPs, and records, enduring a global pandemic for a portion of it. All the while, we planned submitted grants, prepped to travel to unique locations and collaborate with locals, write music about it, and film the whole process. We finally got our chance to do so in the winter months of 2021. We partnered with our friends Slow Blink, packed our cars with audio/film equipment, and made our way back to where it all started, Mackinac Island, MI. We lived on Mackinac Island with Slow Blink and Joe Zook for 2 months, wrote a ton of songs, interviewed locals, collected sound samples, and created our proof-of-concept feature film and album, Islanders.

Now you’re up to speed. The album is out, and the documentary comes out on September 27th of this year. We hope it breeds future episodic works, more albums, more collaborations, more travel, and ultimately a better understanding of the world around us and an immersive education on how to be better humans. We hope this project allows those who digest our team’s art the opportunity to learn about the world through our eyes and maybe be better humans, too.

I’m sure you wouldn’t say it’s been obstacle free, but so far would you say the journey has been a fairly smooth road?
Hi! Now, this is Jane, haha.

I suppose the road is never smooth… but I don’t think we would have the same level of appreciation for our successes or have been able to be as creative with our process. We have always tried to do things a little differently, and roadblocks are a great reason to get creative. When we’re strapped for time, ideas, resources, connections, etc., it gives us a launching point on where to focus our energy and have fun with it. Keep writing the same song over and over? Why not try changing your life? Why not try… writing all of your songs in the dark (okay kind of a good idea), or on a boat, or stop drinking coffee and see what happens to your melodies. It’s fun to explore the bounds of yourself and your resources.

Can you tell our readers more about what you do and what you think sets you apart from others?
We create music from experiential writing workshops. For our first album as FINKEL, we wore colored lenses for seven months to see how each color affected our lives and, therefore our music. We wrote songs in blue, pink, yellow, green, red, and orange. The pandemic was a forced workshop, but it provided the opportunity to speak about issues that are important to us and get a little angry. Our latest workshop landed us on Mackinac Island, MI with our film crew (mentioned in the first q), where we wrote music on and about Mackinac Island, using sound samples collected there. The music was to be used as the soundtrack for the film, which offered a unique way for us to look at our musical creation.

We like to do the whole thing a little wacky. It’s more fun that way.

Do you have recommendations for books, apps, blogs, etc.?
This may be skirting the question, but meditation and stillness are our best teachers. Taking time to slow ourselves and appreciate what we have is the best way to let new ideas form and health persist. 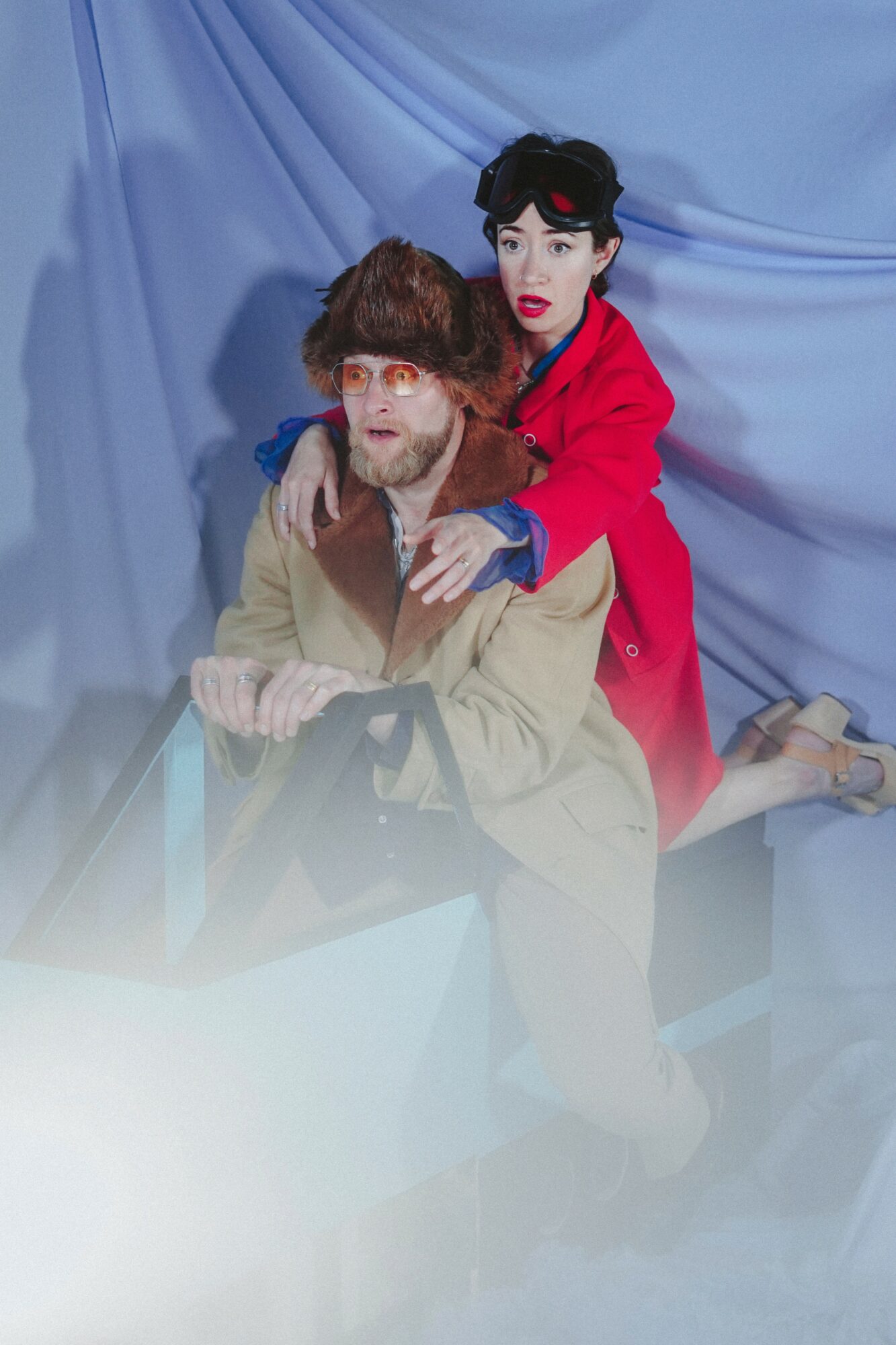 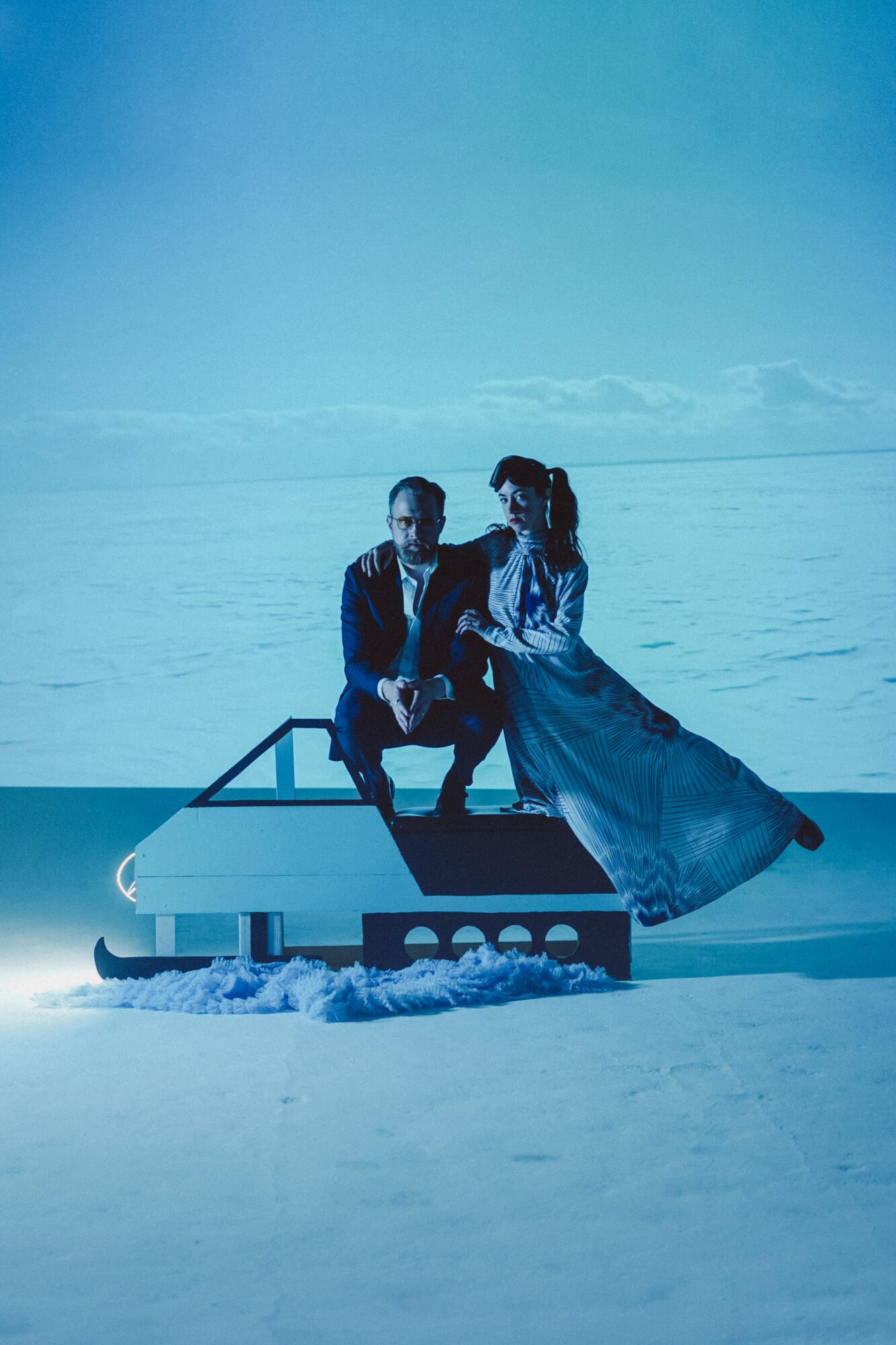 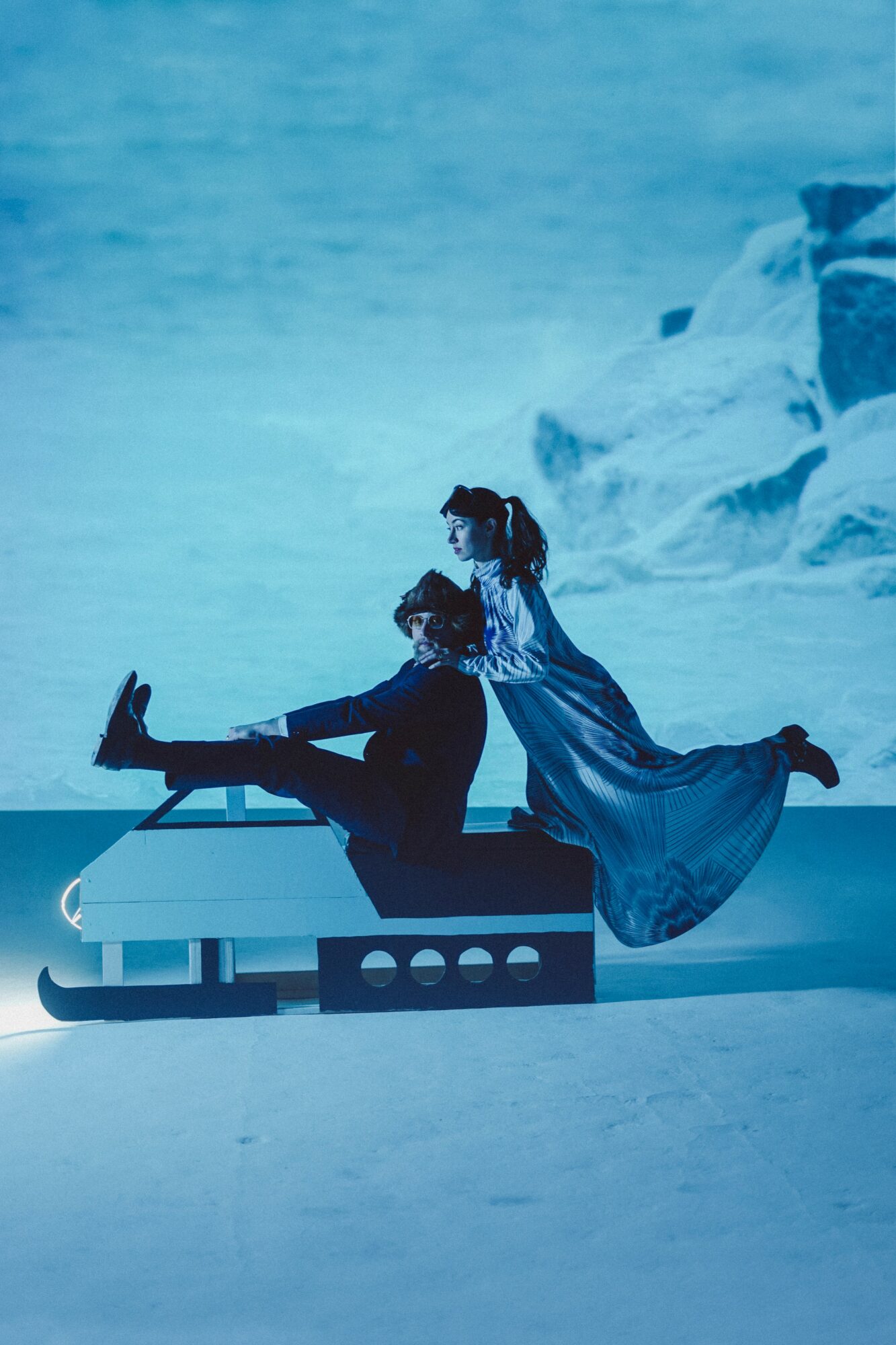 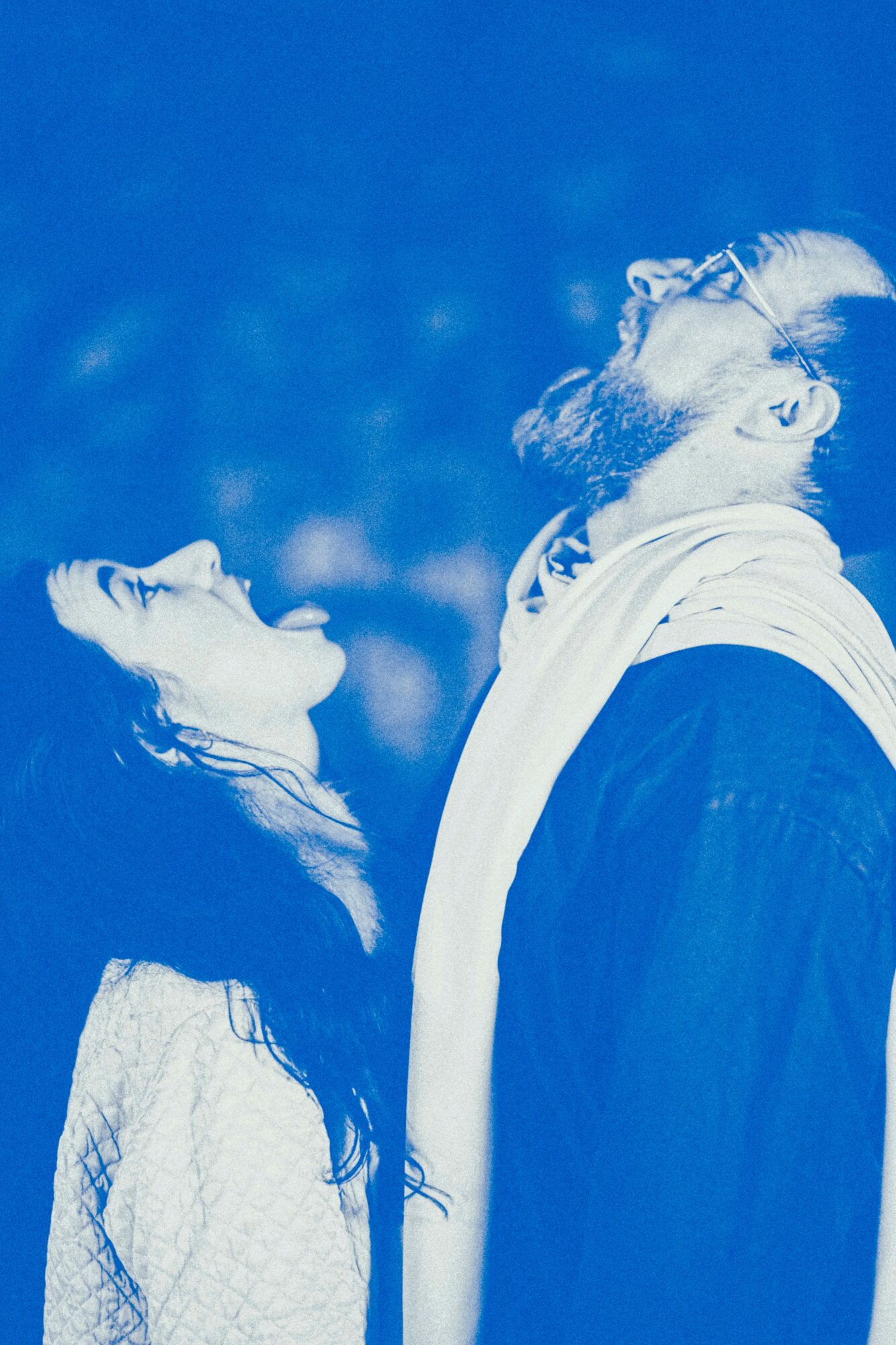