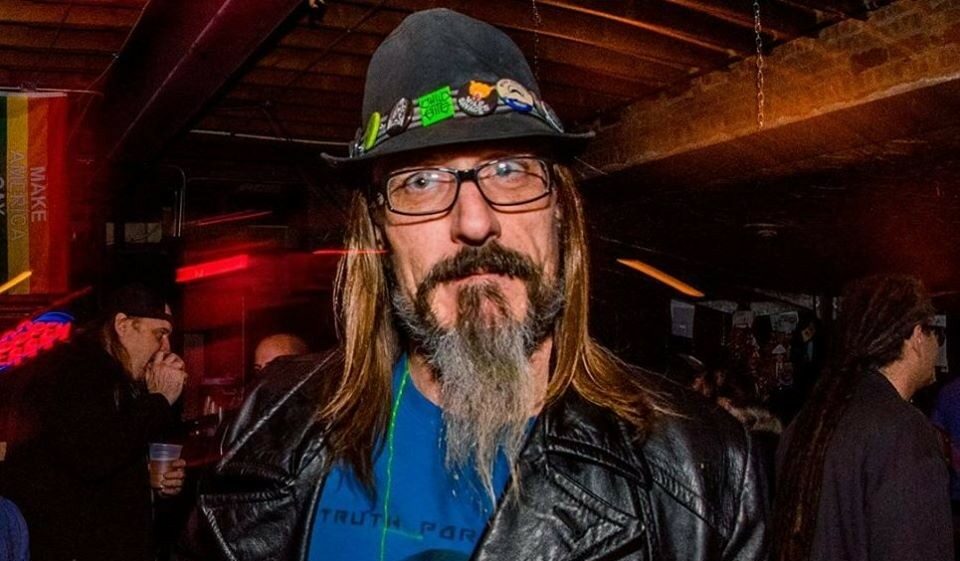 Today we’d like to introduce you to Max Grean.

Max, we appreciate you taking the time to share your story with us today. Where does your story begin?
Sometime ago, after my son was out of the house, I needed a creative outlet. I did not have much for money but found I could podcast with what I had on hand and a few free downloads.

I didn’t just spin tunes; I dropped in samples and did remixes live. All of my shows were done live.

This started me down a path. I met other podcasters in the podcasting community then branched out to do a longer show, 3 hours.

Eventually, I stumbled upon a podcaster out of Arizona doing all local music. I thought to myself… Self… I live in the motor city, the rock and roll capitol of the world. We put out a major star every 5 years or so. I then started U.G.’s Detroit Rock City. That podcast lasted over 150 episodes. I did both shows for about 7 years until listeners dwindled and the costs became too high.

I started playing guitar at 13, doing art since birth. I never really did much with it other than a personal hobby and therapy.

Doing the podcast I met people, went to some local shows, and was inspired by my peers to try my hand at public performance. I even started booking shows and broadcasting live from venues. Along the way, a video camera ended up in my hand at shows, and I started my YouTube channel. I have thousands of videos and bands represented there. Nearly 10 years of recording shows.

I got a fresh guitar and amp and went to it. A few attempts and failed bands later… I now do a solo project Christweasel, and play bass for DEATH CAT.

I’ve even started publicly displaying and selling my artworks.

I’m sure you wouldn’t say it’s been obstacle free, but so far would you say the journey has been a fairly smooth road?
Not exactly. Band member tried to usurp the band and turn it into his metal band, money of course, Shows with low or no turnout. Then there was the whole change in internet and algorithms made my listeners all but disappear. Facebook because impossible to use to promote, then the cost-of-living increases, while my wages stayed basically the same have made it so I can’t really afford to buy the podcast time. The free places don’t let you go live, and for me, that was all the fun. Mixing and all that goes with producing a podcast LIVE on the fly.

As you know, we’re big fans of you and your work. For our readers who might not be as familiar, what can you tell them about what you do?
I do tattoos. No, I don’t work in a shop, never have, never tried to, never wanted to. I looked into opening my own shop once, but the government bullshit made me stay underground.

I style if fairly unique, my creations tend to be different from the norm. Musically I get a lot of compliments on my tone and style. While I may not be a virtuoso I can get down and funky.

I’m known for quality ad lib, created on-the-spot stuff. Like I said before, I did all my podcasts live and alone.

I am most proud of the smiles I get and people thanking me for being me.

Where we are in life is often partly because of others. Who/what else deserves credit for how your story turned out?
My dad and mom mainly. They put up with a lot. I am all self-taught. except for a few art classes in high school. Mr. Burns was a cool teacher. When I moved and started that school, I joined Art II. He told me I could not take art II unless I took art I. I explained that I just moved here and that I could hang with the rest of the class. I was good enough. HE said no, rule share rules and sent me to the office to change class. After the first day of Art, I he came to me and apologized. “You belong in Art II, sir.” He then gave me my own spot and let me do whatever lesson I wanted until I could get switched back to art II. He taught me appreciation for things I do not like without the ended to like them. He would also give me a D on a piece if he did not like the imagery I chose. lol I did a lot of skulls and demons. 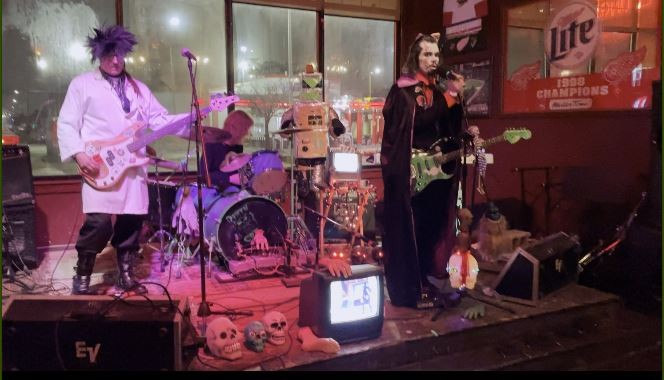 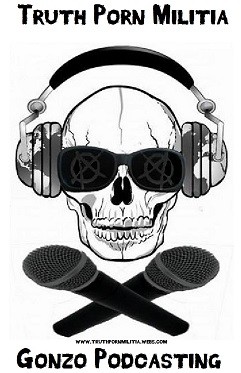 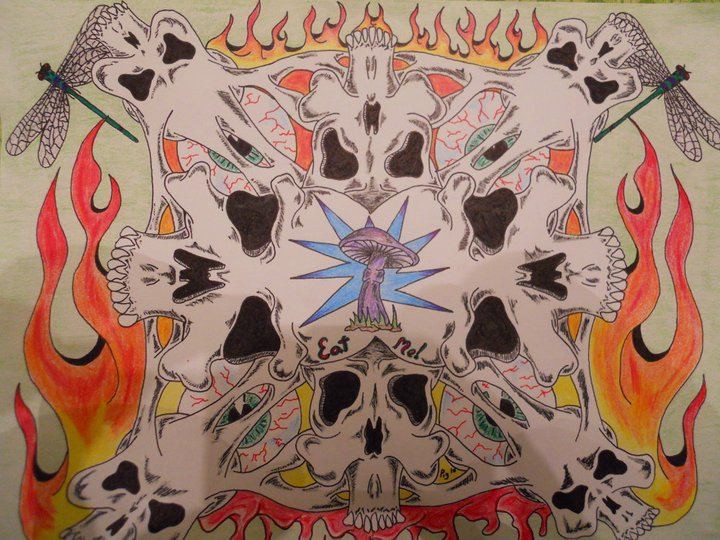 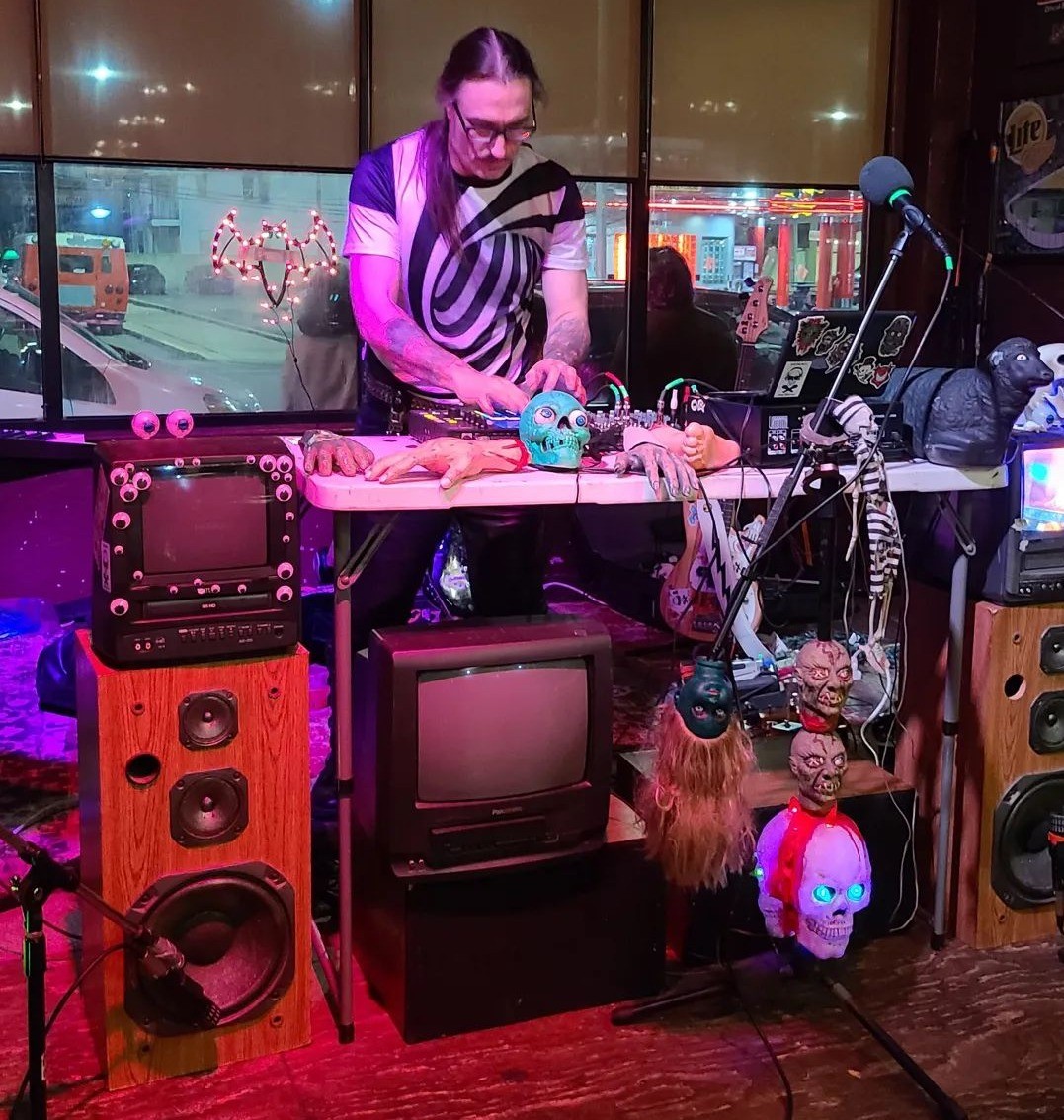 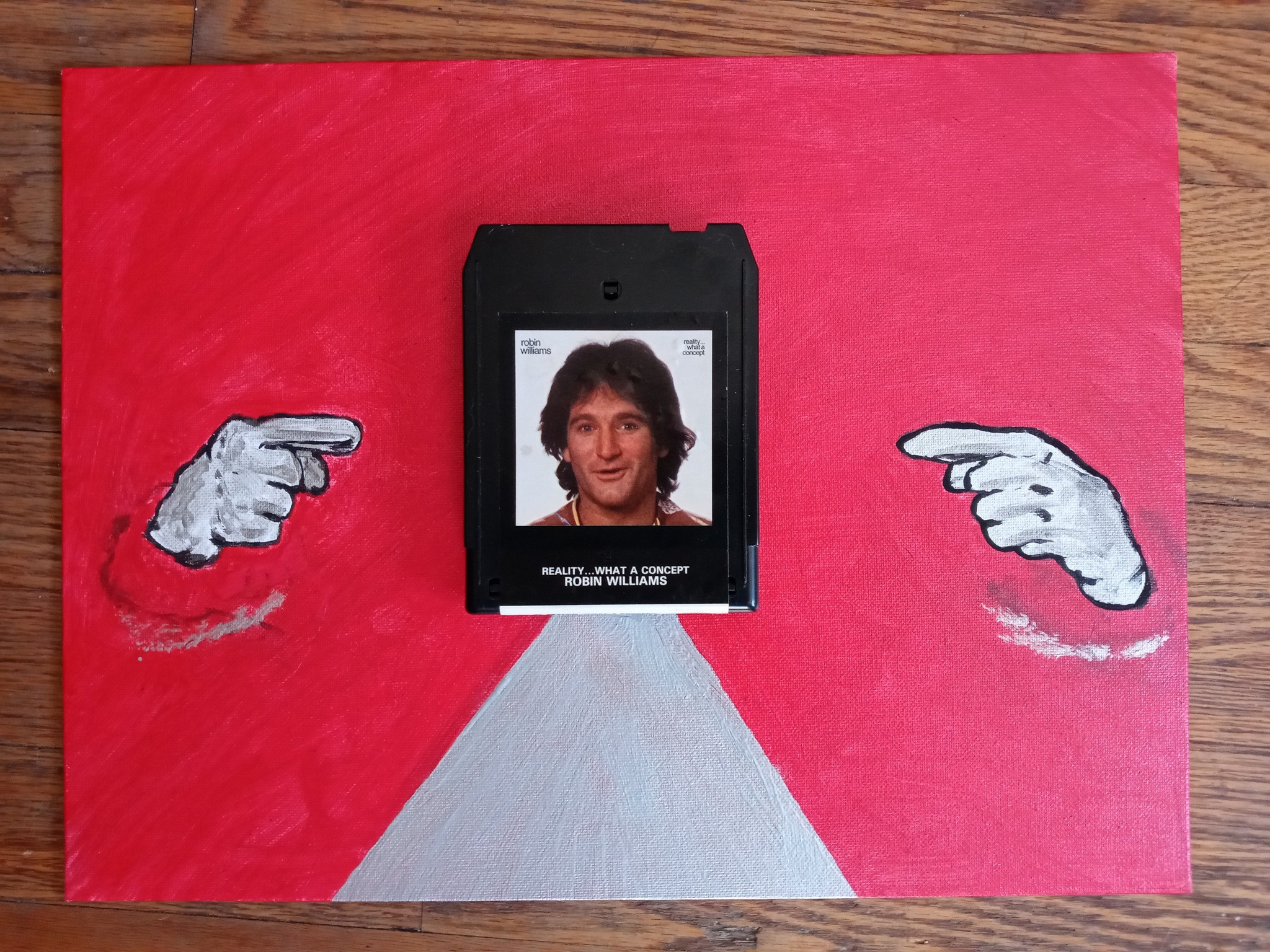 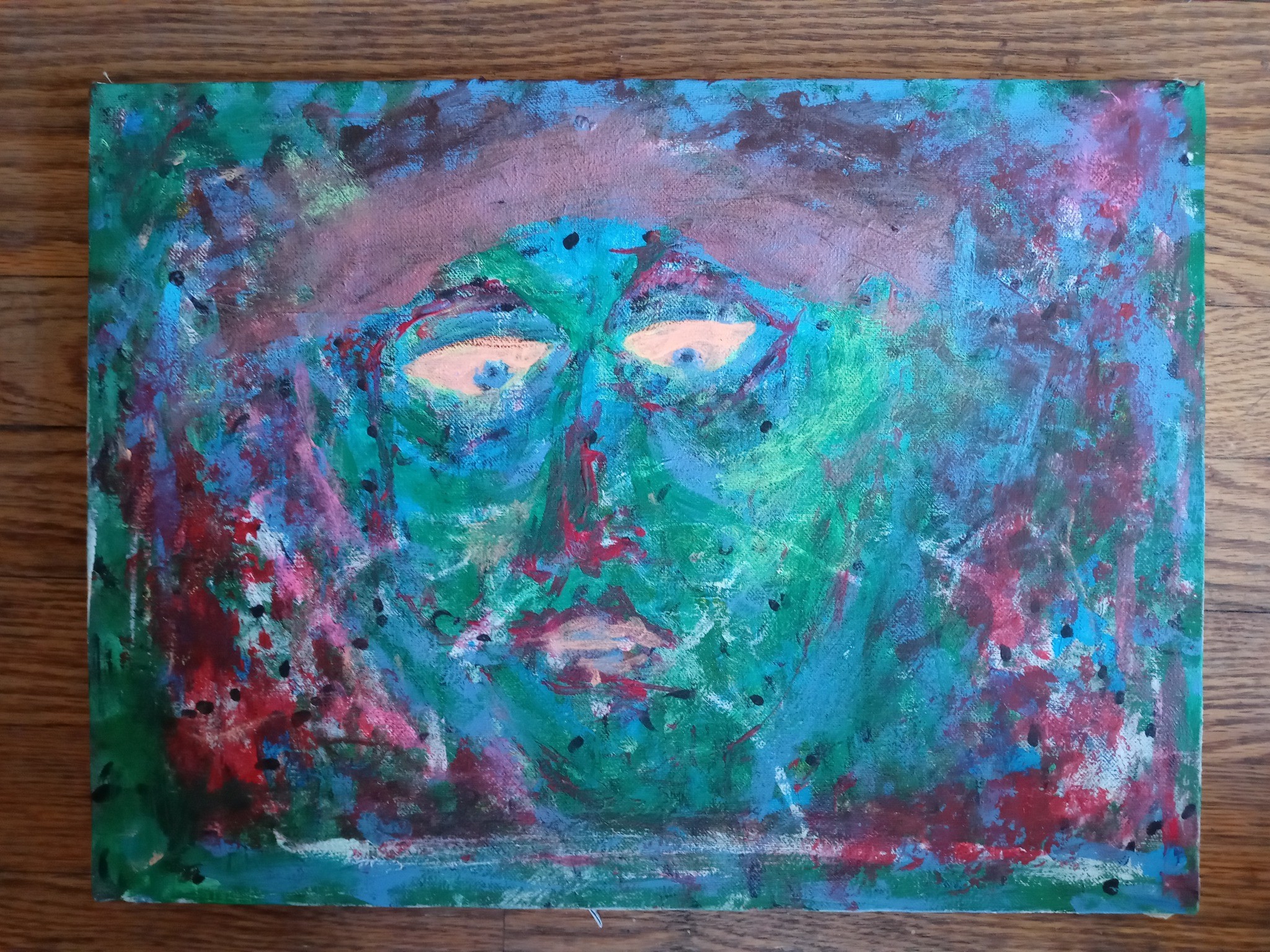 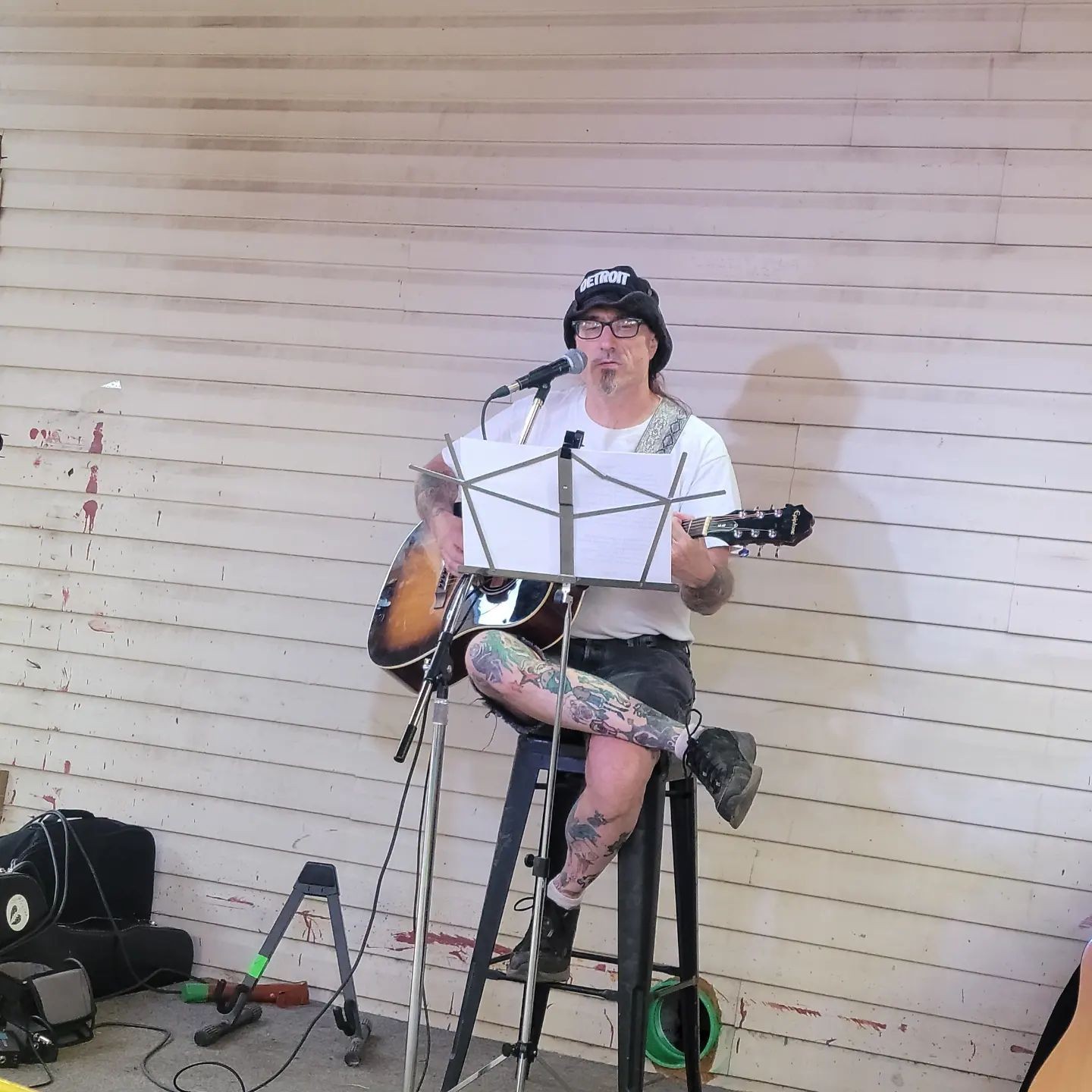