Hi PinkSqueeze, can you start by introducing yourself? We’d love to learn more about how you got to where you are today?
April and Ava met back in 2018, shortly after both of us moved to Chicago. We both had music backgrounds but hadn’t really played in rock bands before- April had played viola in a folk singer-songwriter project in Ypsilanti Michigan called Joanna and the Jaywalkers (now known as Joanna Sterling) as well as in a pop strings cover group in Marquette Michigan called Eclettico previous to their move to Chicago. We wanted to start a queer femme rock band, so we started with just the two of us and played all sorts of gigs from comedy shows to variety shows as we recorded our first EP, Chicago is a Lake Town. When the pandemic hit, we hibernated just like everyone else, and after the vaccine became available, we quickly met our drummer Logan and our previous bassist Esther and began playing shows around Chicago as a full band as well recording our second EP, Quarter Life Crisis. Serendipitously, at the same time as our former bassist, Esther moved away to the west coast, our friend and now bassist Anna who had moved back to the west coast in 2020 moved back to Chicago. Anna began rocking with us right away and also made the cover art for our 2nd EP as well as our single we just released, Midday Midnight. I also cannot leave out the fact that the Chicago indie and DIY music scene fully embraced us when we started playing shows as a full band in 2021 which felt amazing, and there’s no way we would be where we are now without the support of so many other amazing bands here in Chicago! We just got back home from our first-ever tour. We played shows in Grand Rapids, Ann Arbor, Cleveland, Pittsburgh, Cincinnati, Nashville, and St Louis and had a wonderful time!

Would you say it’s been a smooth road, and if not, what are some of the biggest challenges you’ve faced along the way?
I would say yes and no. The pandemic was obviously the most disruptive force we’ve faced, and I missed making music with friends so much in that year between the beginning of the pandemic and when the vaccine became widely available. It was also discouraging at times when Ava and I first started playing together as we really wanted a full band, but had a hard time finding other queer femme/non-binary people to fill out our band. It seemed like every drummer we met that was not a cis man was already in 4 bands and didn’t have the time for another project. However, I have no regrets whatsoever about it taking longer than we had expected to fill out the band. We have such great chemistry between the four of us now and I wouldn’t trade it for anything. Something else I noticed was that when it was just Ava and I performing, we experienced more sexist and homophobic comments from people at our shows which was often very upsetting. To my surprise, that really changed when we started playing as a full band and now, we are truly surrounded by wonderful people at our shows. Since the full band has been together, things have felt quite smooth, and I feel so grateful for that!

Can you tell our readers more about what you do and what you think sets you apart from others?
Pinksqueeze is a queer Mom-Rock band from Chicago. Our shows have been described as “like being at a sleepover with friends you just haven’t met yet.” Something we are really mindful of at our shows is that we want to have fun, and we want our audience to have fun. We want our shows to be a safe and joyful space for queer people and women, so we really try to cultivate that at our shows. We are known for getting our audiences to dance with us, laugh, and for celebrating moms in general. We are referred to by some of our friends in the scene as the “moms” of the Chicago music scene and that is what we strive for!

We’d love to hear about any fond memories you have from when you were growing up?
April’s favorite childhood memories are of enjoying the lakes and woods of the beautiful Upper Peninsula where she grew up! 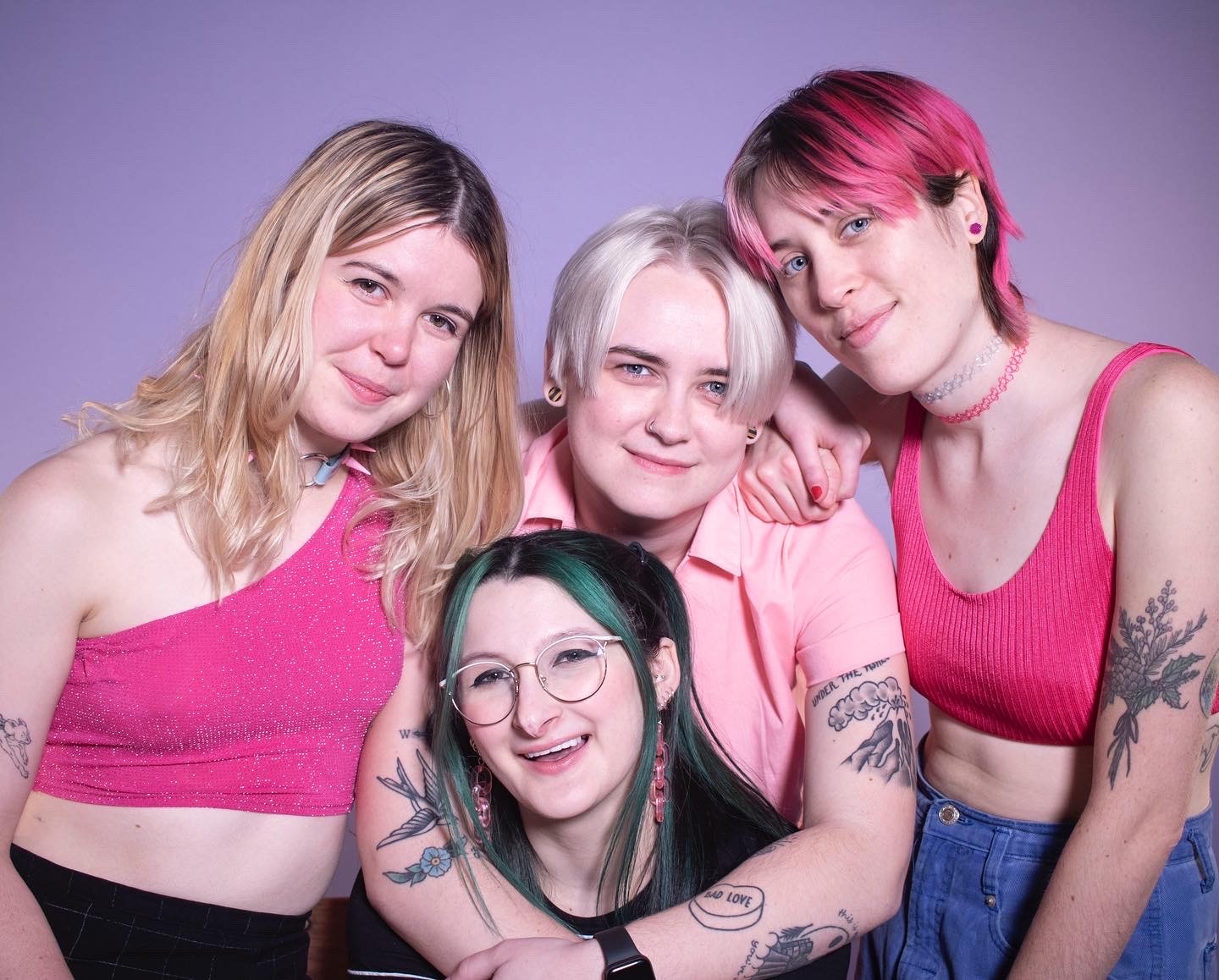 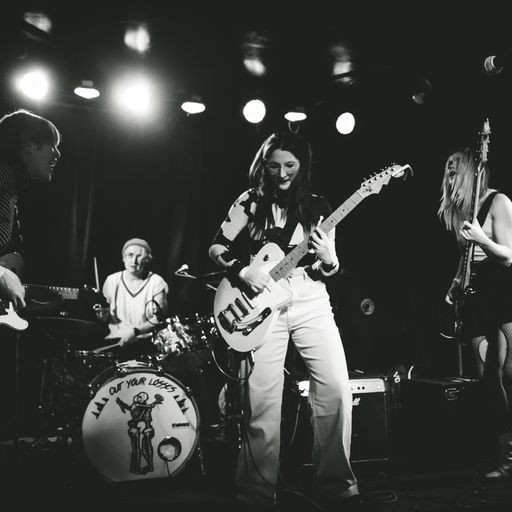 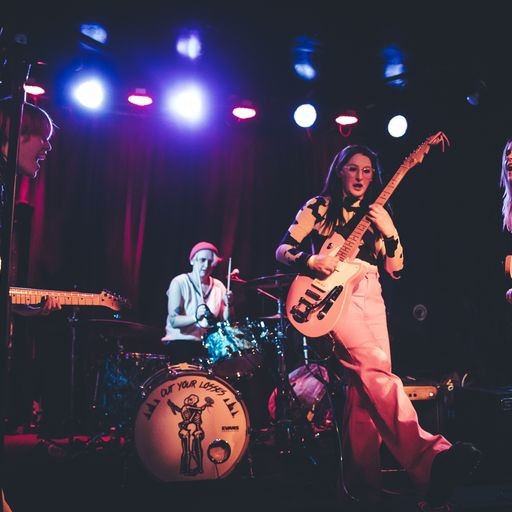