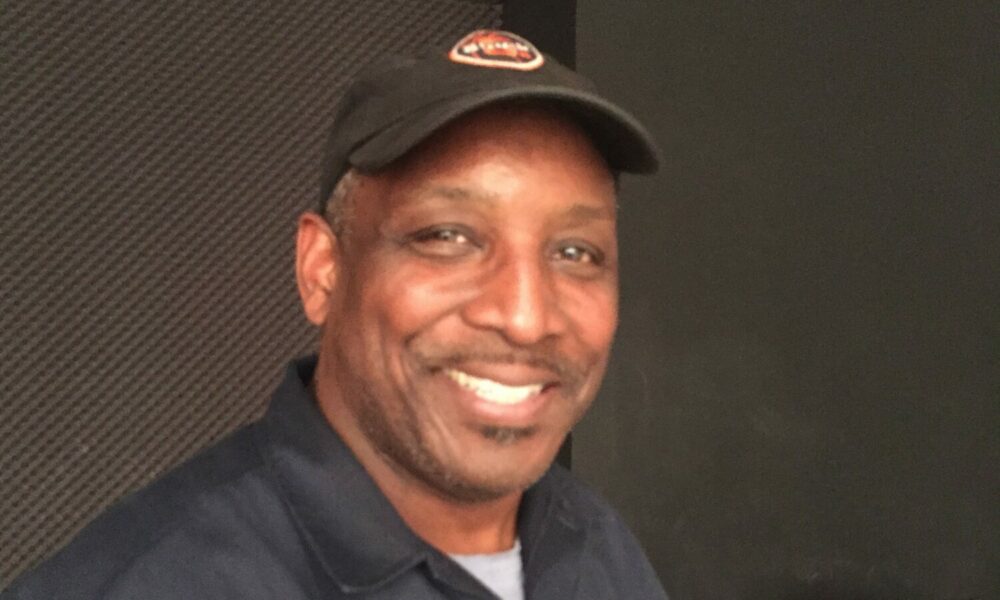 Today we’d like to introduce you to Hubert Massey. Them and their team share their story with us below:

Hubert W. Massey graduated from Grand Valley State University (GVSU) in 1981 with a Bachelor of Arts. Prior to graduation, Mr. Massey was selected by the University to study Fine art at the University of London – Slade Institute of Fine Arts. This experience provided Hubert with a real vision and the realization of the importance of the marriage between art and architecture. Massey began to see how art should be intertwined with architectural projects at inception rather than as an afterthought when a project is near completion. This realization inspired his interest in Community Public Art projects and the rest is history.

After graduating from Grand Valley, Mr. Massey invested 12 years as a Pictorial Painter at Gannett Outdoor Sign Company. During this time, Massey continuously educated himself and refined his painting skills.

In 1989, Mr. Massey began studying art restoration and conservation. Through self-study and research, Mr. Massey learned the art restoration and conservation techniques used by the “Old Masters”. Some of these techniques were used in Mr. Massey’s mural,” The Death of Laocoon and his two sons, Antipas and Thymbraeus. This mural graces the lobby of the Athenaeum Hotel (Greektown), Detroit, MI.

Massey is well versed in numerous Fine Art techniques. Based on these talents, he has been commissioned to participate in many art programs, workshops, and gallery exhibitions as noted: Art Instructor -Detroit Council of the Arts, Detroit Summer Youth Employment Program, and the Advanced Gifted and Talented Program. The Advanced Gifted and Talented Program is housed at Wayne State University and is a joint collaboration between Wayne State University and the Detroit Public Schools.

In 1995, Massey was selected to participate in a Fresco workshop under the tutelage of Stephen Dimitroff and Lucienne Bloch, who were apprentices to Diego Rivera. Frescoes have long been considered a lost art and one of the most notable mediums for an artist to work with. Creating a fresco challenges an artist’s ability to the fullest. Massey was commissioned by Grand Valley State University to create a fresco. The fresco titled “Importing and Exporting of Knowledge” is housed in the newly built Richard DeVos Building at the university’s Downtown campus. Massey completed a large-scale lunette fresco for Detroit’s prestigious Detroit Athletic Club. This fresco depicts Downtown Detroit. The waterfront, the city’s two new stadiums, and the city’s midtown cultural center are included in this mural.

Hubert has been commissioned to create works of art in many public places throughout the metro Detroit area. The Michigan State Fairgrounds was home a mural depicting the history of Michigan. A granite petrograph carving, designed and created by Mr. Massey, is housed at the entrance of the newly built IRS Midwest Computer Center in Detroit.

The terrazzo floor which graces the Rotunda room of the Charles H. Wright Museum of African American History in Detroit, Michigan, was designed by Hubert Massey. This design, entitled Genealogy, depicts the struggle of Africans and African Americans throughout history. The floor, which is 72 feet in diameter, is one of the main focal pieces in the museum. The old Harmony Park is now called Paradise Valley where he has Several Terrazzo Medallions decorating the walkway.

Hubert was selected by Grand Valley, his Alma Mater, as one of three recipients of the distinguished alumni award. This award recognizes alumnae that have made significant achievements in their professional careers. This April, he will receive an Honorary Dr in Fine Arts from GVSU.

Massey’s talents were recognized by the National Society of Mural Painters of New York. This organization was established in 1895. Hubert is active in many community projects, and as a result of his extensive community involvement, he was appointed to the Wayne County Community Leaders Council in 1995 and most recently joined the DIA, Board of Directors. He is also just completing a fellowship award from the Foundation a Mural that will be on a prominent wall at Wayne State University.

The range and depth of Hubert Massey’s work may be seen through commissioned work and those produced for his personal collection. He continues his work with the youth because this provides him with a platform and an opportunity to continue his legacy and at the same time give back to the community.

Massey resides in a Historic Detroit community with his family.

We all face challenges, but looking back, would you describe it as a relatively smooth road?
I was passionate about having a career in football. However, in my sophomore year at Grand Valley State, I suffered a knee injury that required me to have surgery. During my recovery, I had an opportunity to explore more of my art interests. I ended up with a scholarship to the Slade Institute of Fine Arts in London England. That changed the trajectory of my career.

Thanks for sharing that. So, maybe next you can tell us a bit more about your work?
Atheneum Hotel “Laocoon and Sons”: 625 sq ft murals in oil media

Is there any advice you’d like to share with our readers who might just be starting out?
Work hard. Stay focused. Learn as much as you can. Focus on perfecting your craft. Be willing to listen to others with lived experience. 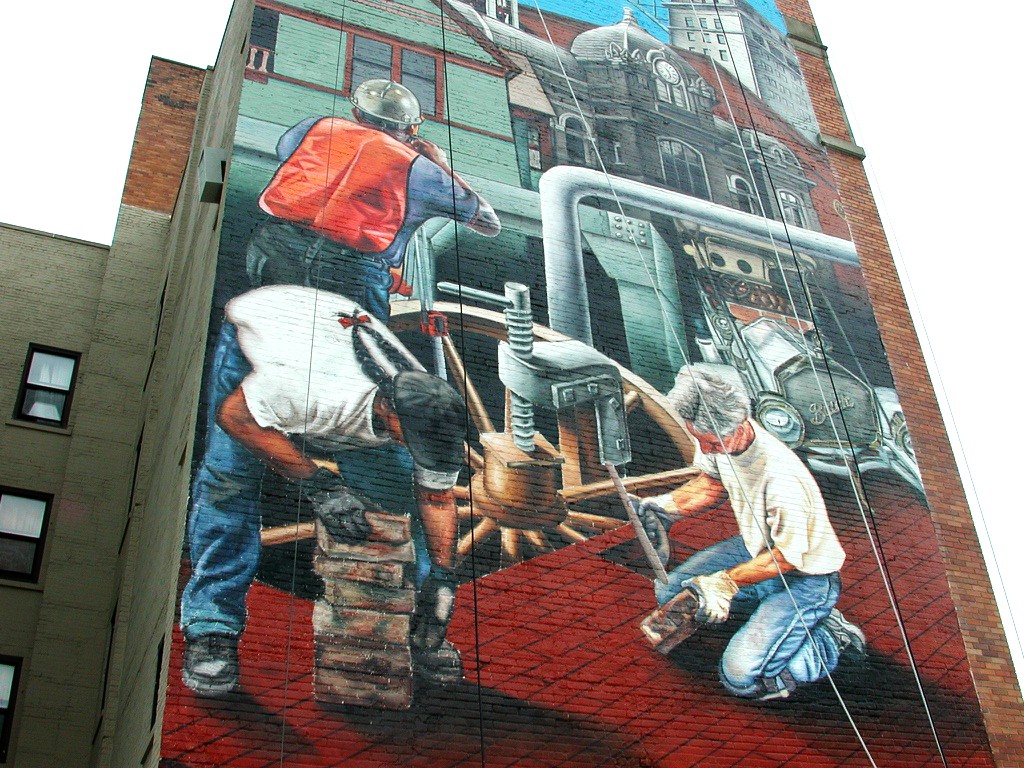 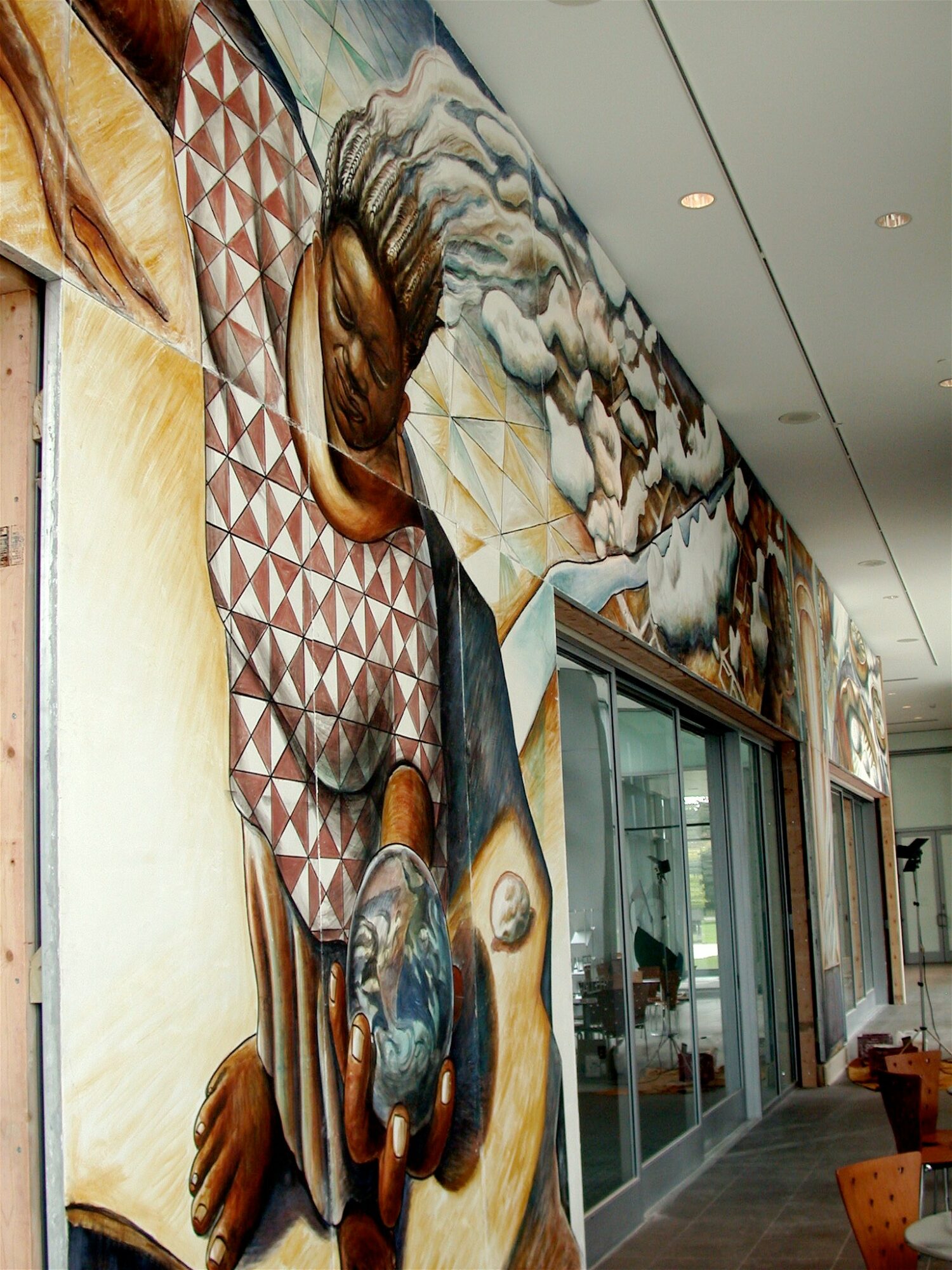 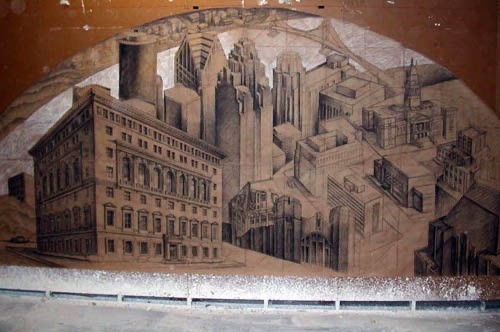 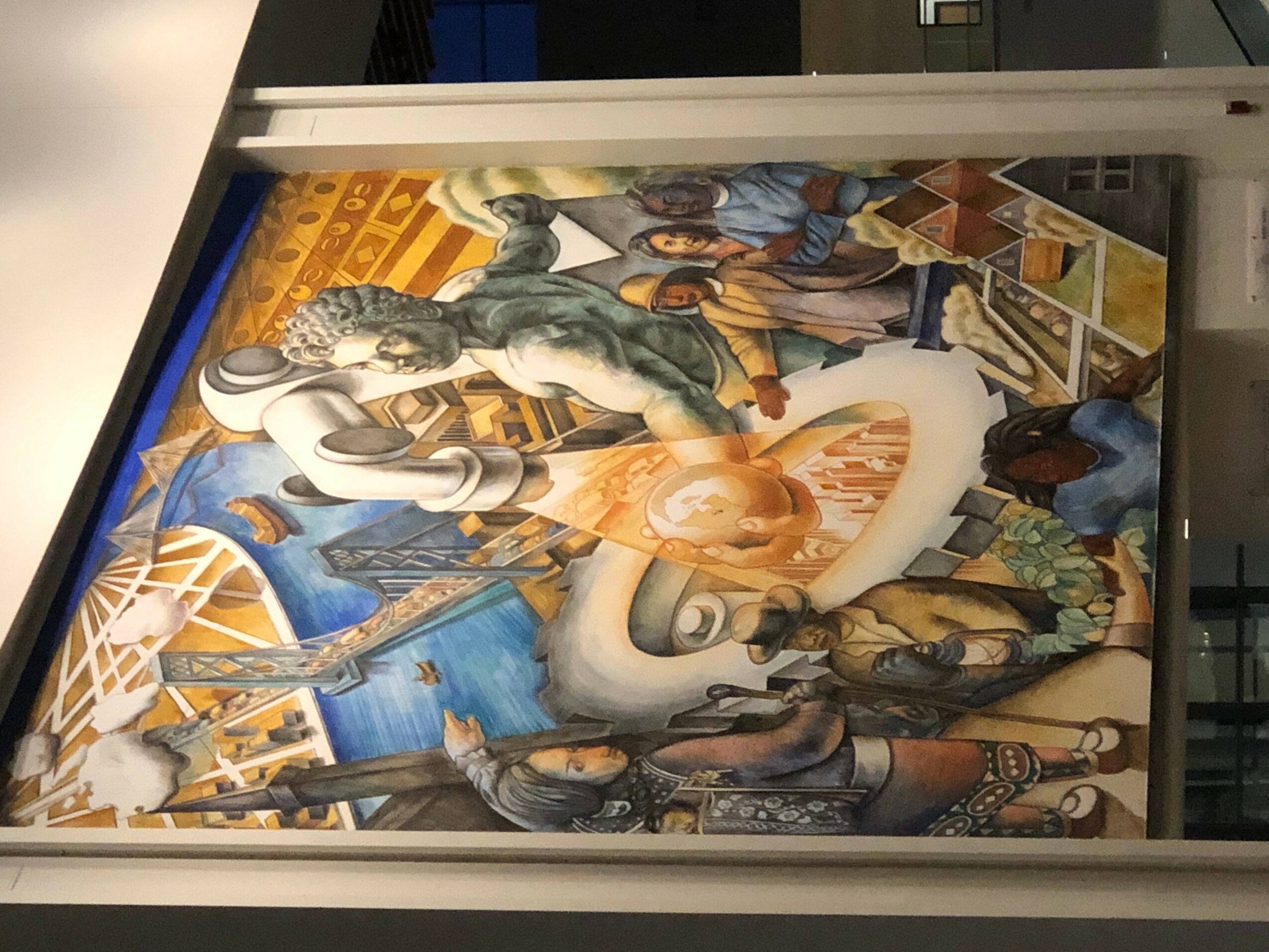 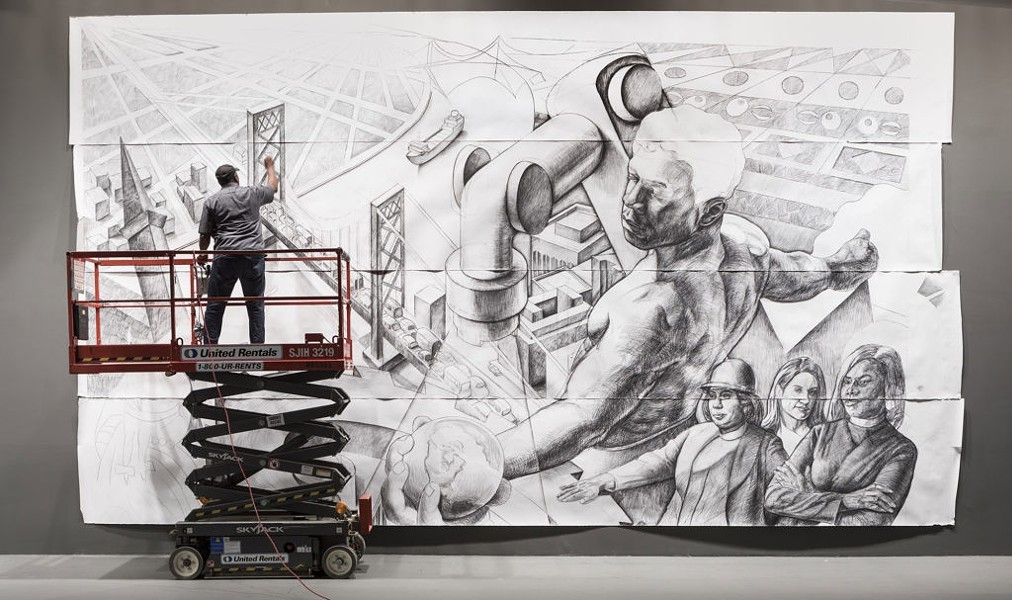