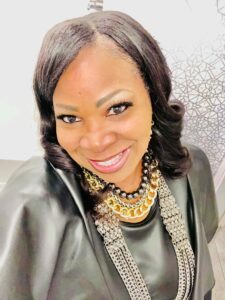 Today we’d like to introduce you to Angela Hines.

Hi Angela, it’s an honor to have you on the platform. Thanks for taking the time to share your story with us – to start maybe you can share some of your backstories with our readers?
I developed Aim To Inspire from my passion of working with the special needs community. I have worked in special education for the past 15 years and I was inspired to create new opportunities for young adults with special needs. After

being married for over 24 years and going from two incomes to one, I found myself struggling. In my daily prayer time I would ask God to help me find ways to create streams of income. I had planned to leave Grand Rapids and enter a new career field as soon as my divorce was finalized. I was being offered jobs in the government sector. I just had to figure out which state I wanted to relocate to. I had actually started planning for my transition. I had picked up boxes so I could start packing and I had accepted the offer in Austin Texas. I then flew out to Texas to have my psych eval. Once arriving back to my hotel, I suddenly felt a heaviness that I never felt before that I just couldn’t explain had washed over me that wouldn’t go away. My sister who lives in Virginia called me in my hotel room to congratulate me. I replied with a thank you. She said “you don’t sound so excited” and I told her that I was excited especially for the pay. I explained to her that it was this feeling that came over me that I couldn’t explain. As I began to share my feelings with her, she asked me if it was a feeling as if something is grieving you, and I replied very quickly, “yes.” I was so relieved that she was able to put her finger on exactly how I was feeling and I was ready to have our sister chat but in a mild tone of voice she replied “pray about it.” I was so confused because having three older sisters we always talk and give each other opinions and advice. I now know that was the best advice that she gave. The feeling remained with me even after I got home. I began to look over my package that they had offered me. My thoughts were that I had never been paid this much money in salary before and to top it all off, it included a pay raise every six months which made it even nicer. Then I began to hear God’s voice say “this is not what I have for you.”I didn’t understand why God didn’t want this for me because I had never made this kind of income before and he knew my financial struggle. God continued to tell me “this is not what I have for you.” I couldn’t ignore it and couldn’t shake the feeling . You have to be careful what you pray for. For the last four years my prayer has been “God help me to hear your voice clearly and help me to follow your wheel.” Not knowing the time is now, God

continues to say this is not what I have for you. I bargained with God because I really wanted this job. And God continued to repeat “this is not what I have for you.” The heaviness would not go away. It literally felt like someone actually set a heavy weight on my shoulder. I began to cry as though someone I love had been severely hurt or something tragic just had happened. I had never felt this feeling before in my life and I just couldn’t understand this emotion of heaviness. I finally just said “okay, God” and the weight was lifted off of me. I applied for another job in Las Vegas and was hired. I was excited until God told me once again “this is not what I have for you.” The process all over again. So, I declined the position. Not quite sure what was going on, I remained faithful to my church and continued life as I knew it. God finally revealed to me that what I had started temporarily to sustain myself going through my divorce was what he wanted me to take it to another level. I told God “if this is what you want from me you need to provide the resources and connections that were necessary.” I just began to put my petition before God. Every single day I would wake up wanting to hear the song called Major by Jekalyn Carr. I would keep it on repeat all day, every day for at least 3 months. I begin to feel it in my spirit. I knew the vision that God had given me would be major. I didn’t know how it was going to work out. All I knew was that I was trusting God completely to navigate my life. However, I did know that Aim To Inspire would be successful because God had given me the vision but I didn’t know how big it was. Through this process, I have learned to trust him even more. Now that my focus was on Aim To Inspire, I then heard that small still voice again “to put a prom together and create this for the special needs community. “ I wanted to focus solely on the business but that still small voice stayed with me. On our only snow day for the school year, when I rolled over and opened my eyes, God had shown me what would be the theme “A Prom For Me” and I said “okay Lord I will do the prom.” I created a Facebook post sharing God had placed this on my heart and the majority of responses came from my church family, family members, and a couple of generous coworkers also reached out to me to give anonymous donations. Everything began to fall into place; the majority of our dresses were donated. Our prom was sponsored by my organization Aim To Inspire. We have several sponsors that have donated to Aim To Inspire such as Meijer, Chic-fil-a, Sam’s Club, Spartan Nash, Best Buy, Hungry Howie’s, Anointed Life Ministries, Abby’s Printing, and Reflections Salon.

I’m sure you wouldn’t say it’s been obstacle-free, but so far would you say the journey has been a fairly smooth road?
t has been a smooth road. The only struggles I have faced have been with technology! God has definitely paved the way for me throughout this process and has opened doors I never imagined.

We’ve been impressed with Aim To Inspire, but for folks who might not be as familiar, what can you share with them about what you do and what sets you apart from others?
Our program provides young adults with special needs a fulfilling life and inclusion in society. Our goal is to give each young adult the skills and tools to assist them in being successful and independent members of the community. Our program works on life skills, social skills, job coaching, a structured schedule, and community outings. There’s not a lot of programs that exist for adults with special needs that have the resources for job coaching. After having conversations with parents of the special needs community, I learned that there was a need for a program like this. I am thankful that God has entrusted me to be leading this platform. I want readers to know that all people with special needs are capable of contributing to society. They are more than their disability.

Any advice for finding a mentor or networking in general?
Word of mouth has worked well for me. People who know me know the type of person I am and where my heart lies. Your character speaks volumes. 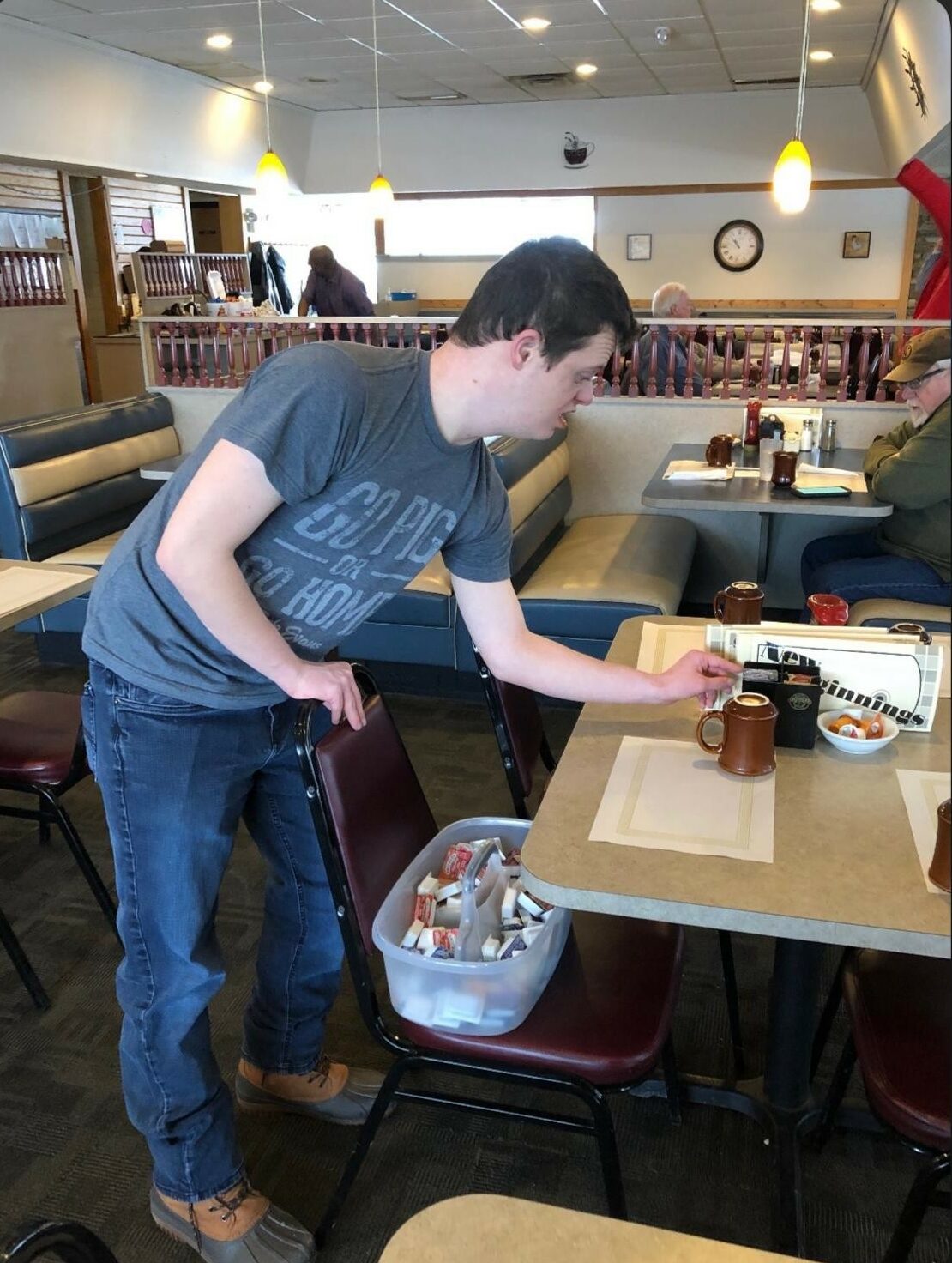 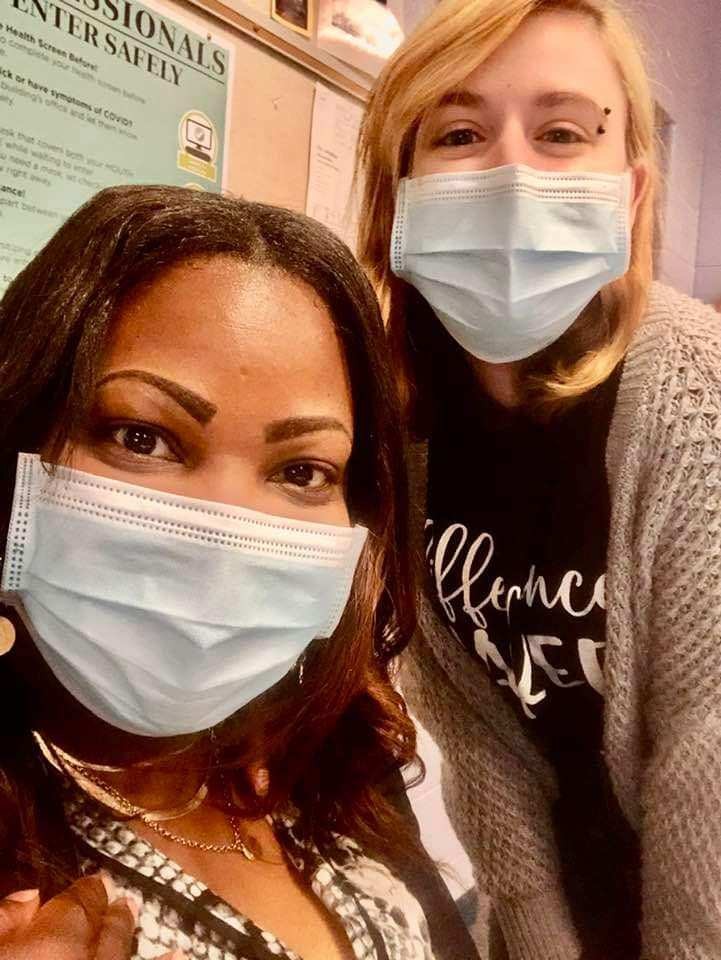 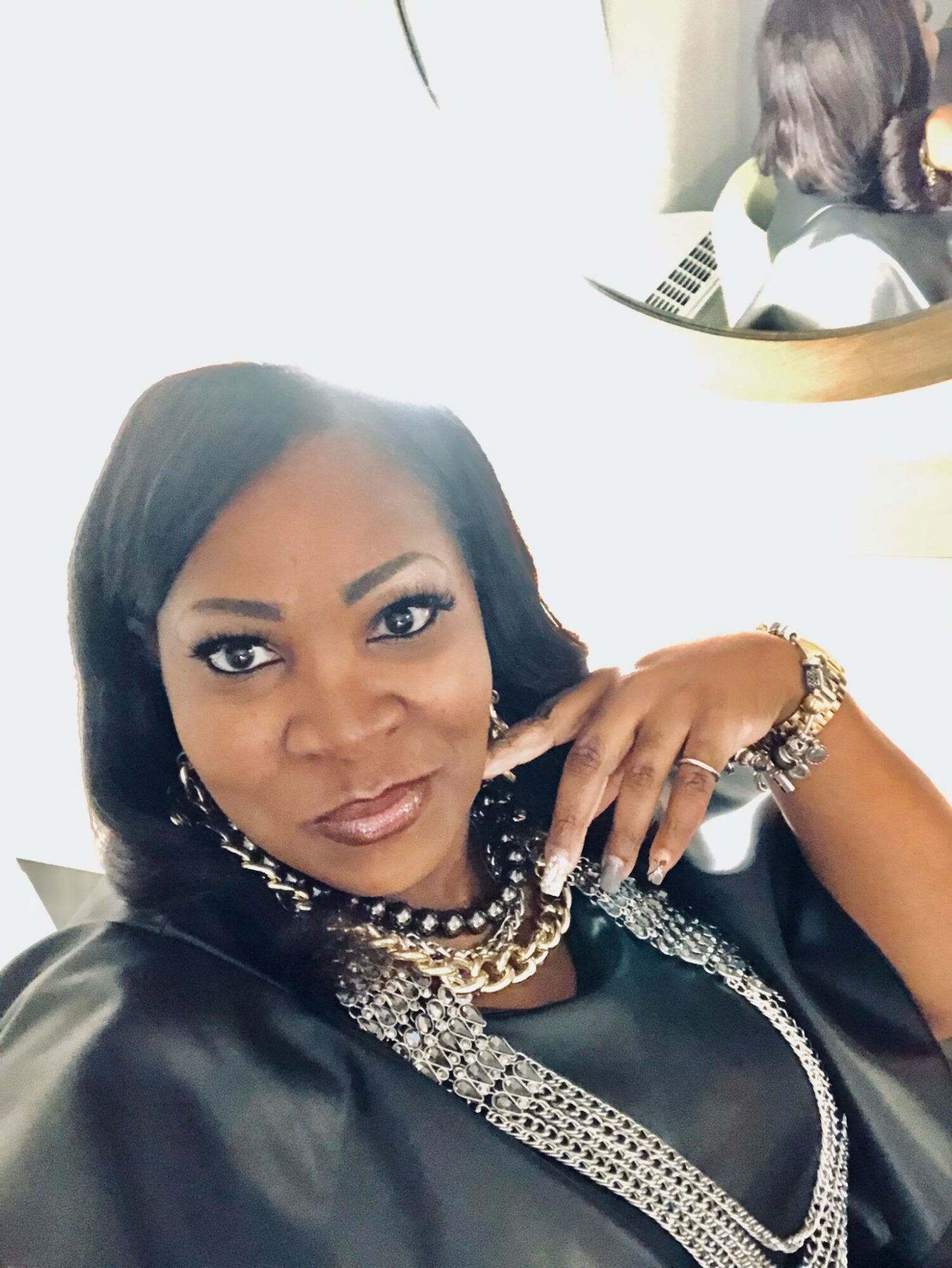 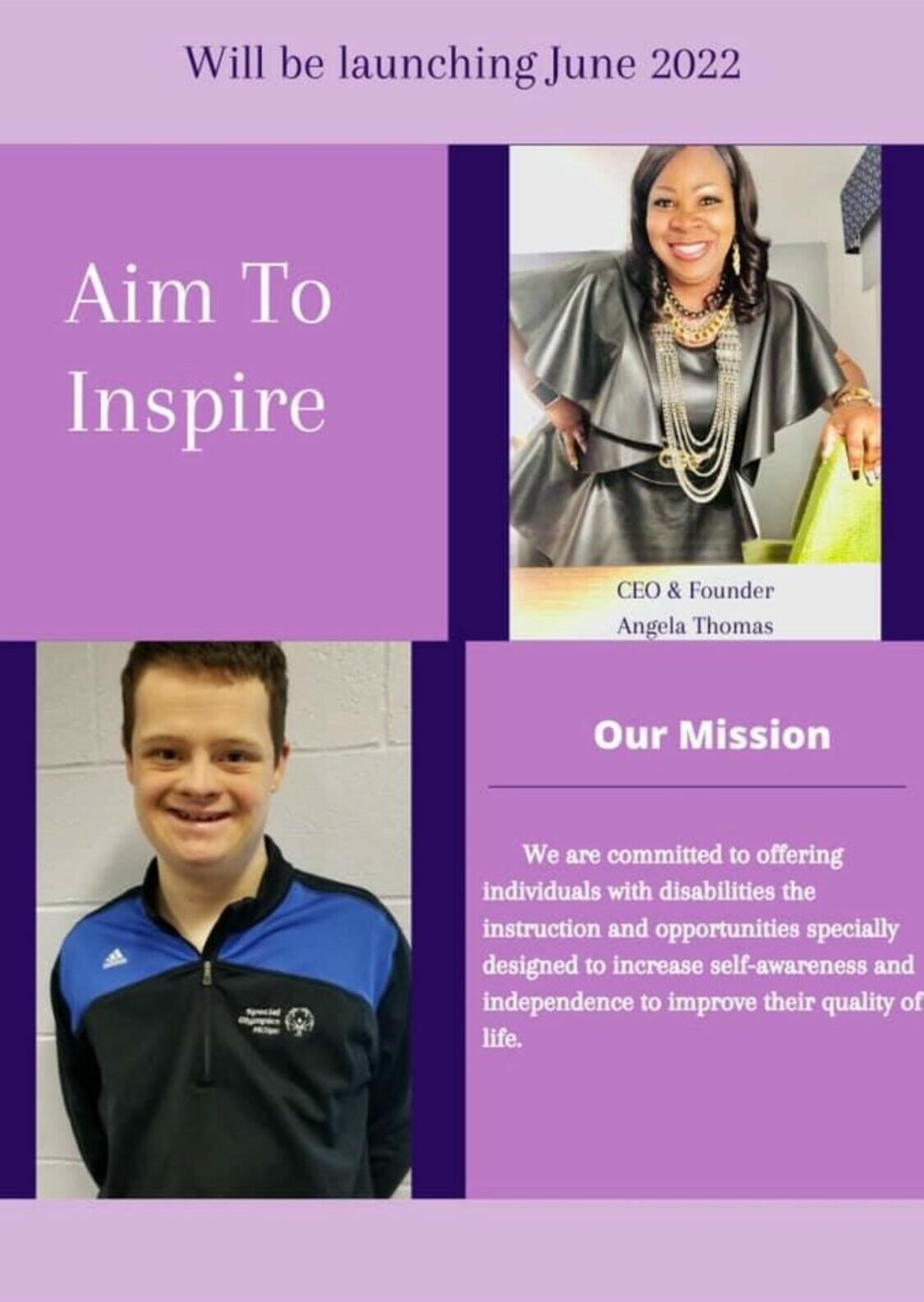 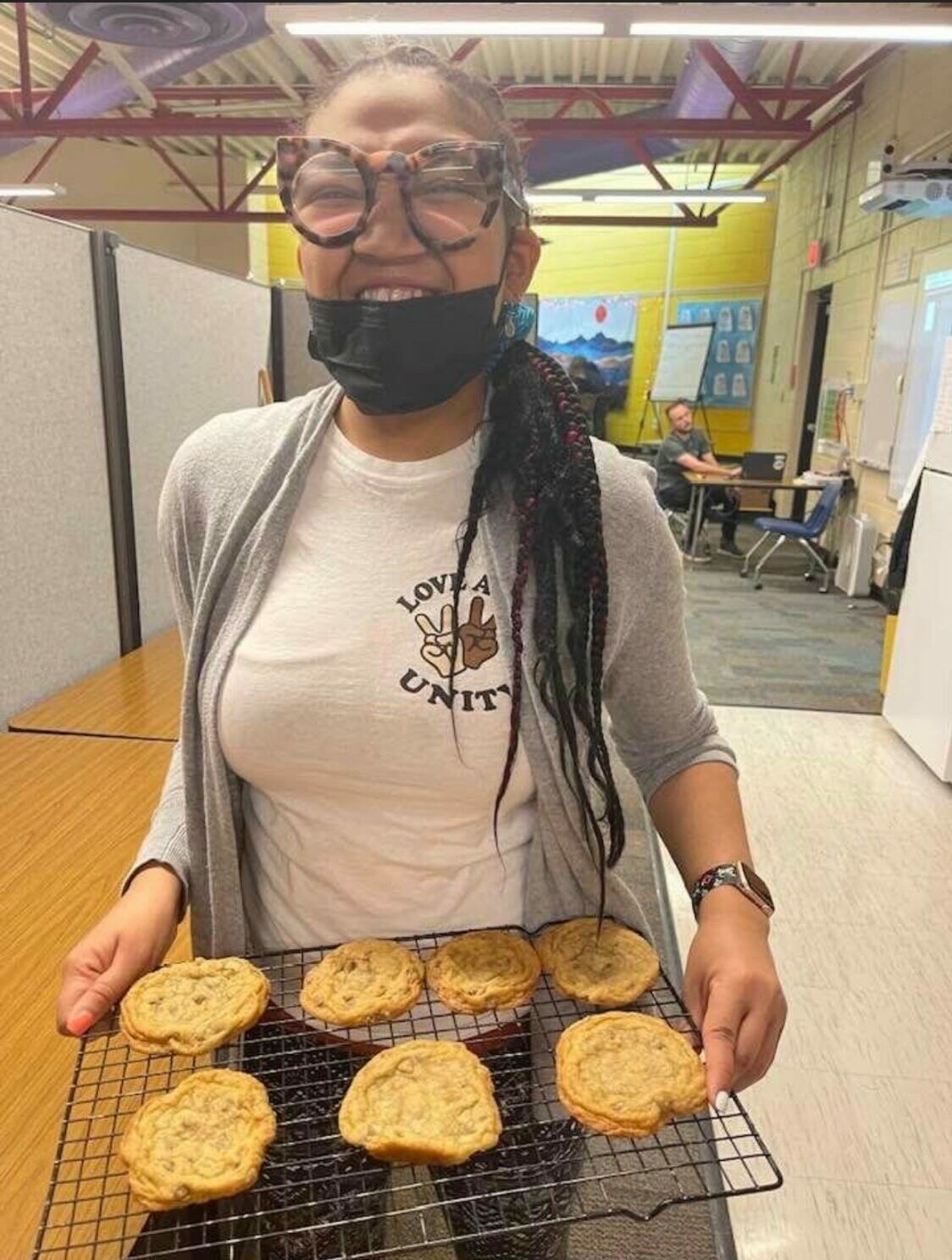 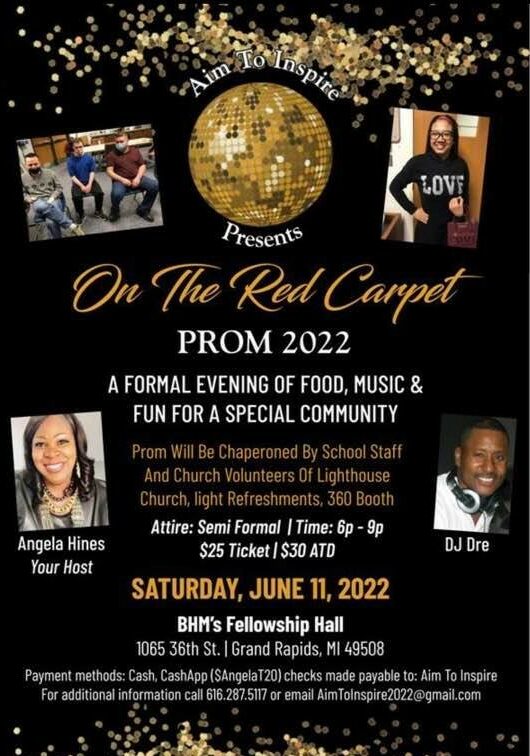