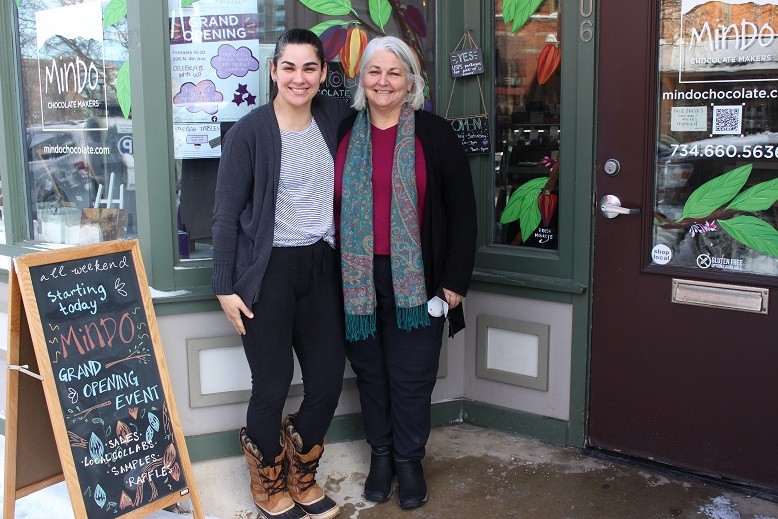 Today we’d like to introduce you to Barbara Wilson.

Hi Barbara, so excited to have you with us today. What can you tell us about your story?
Barbara from a young age was interested in preventive medicine, and in 1995 received a Master’s Degree in Public Health, in Health Education at the University of Michigan in her hometown of Ann Arbor. She worked in AIDS prevention and education in the early ’90s at the CDC with Anthony Fauci (her one claim to fame) She has many years’ experience developing and implementing health education programs. It wasn’t too big of a stretch to transition to educating people about chocolate. Barbara’s foot in both South America and North America began when she was 10 years old. Her Mother majored in Spanish in college and her mother’s dream was to live in a Spanish-speaking country. To make her happy Barbara’s father found a teaching position at a University in Cali, Colombia. Barbara, spending her formative years in a Latin American country somehow led her to marrying an Ecuadorian. She visited Ecuador in 1976 and wanted to go back. After Prodding her then husband, José, he finally gave in and agreed to travel back to Ecuador.

Her chocolate-making adventure begins with a trip to visit Ecuador, there Barbara and José, fell in love with the tiny town of Mindo. Mindo is located about 2 hours from Quito, Cloud Forest, it is a lush and biodiverse area where you can find more bird species than just about anywhere on earth.

In 2008, they bought a plot of land in Mindo with a plan to build a winter home.

Even though they had stepped out of the day-day operations of their Michigan-based auto repair business, they still wanted to stay in contact with it via the internet. But there was a problem: it was not cheap to get Internet access in the middle of the cloud forest. in the middle of the mountains, in Ecuador.

So, the two entrepreneurs opened an internet cafe to offset the cost of internet access. They began roasting and serving locally grown coffee in the café and Barbara and her daughter, Alicia, made brownies (double the chocolate and half the sugar) and they were really good. Really, really good. So good that tourists who tried them would ask to have them shipped to places as far as Belgium. Now there was another problem: At the time Barbara could not find quality baking chocolate In Ecuador. So, on trips back and forth from Michigan. she would pack a few pounds of chocolate into her suitcase. Ridiculous. Barbara thought so too. and decided to do something about it. She started learning all about chocolate and learning why she couldn’t find the best chocolate in a country that is known for having the best cocoa in the world. In fact, Ecuador is where cocoa and chocolate originated.

Making chocolate started with a 53 lb. bag of cocoa beans (what seemed like a massive amount at the time) and a tabletop juicer. It resulted in a rustic-style chocolate, a primitive first batch that led to many, many more. Things sort of snowballed from there – the homemade chocolate took on a life of its own. Barbara and José devoted more and more time to cacao processing. They searched for native, fine-flavor Nacional variety of cacao grown in an environmentally friendly way. On their property, they set up facilities that allowed them to ferment, dry. roast, and winnow cacao.

Almost by accident, the entrepreneurs had set up two bean-to-bar chocolate-making businesses that spanned international waters. Since that time. José in Ecuador and Barbara in the US location have been busy searching always to improve each part of the process, ultimately in pursuit of the most delicious finished chocolate.

Jose recently retired and they sold the Mindo location to their daughter, Emily. Meanwhile in Michigan Barbara continues to run that manufacturing, still located in a commercial kitchen in her home, and a new store in Kerrytown in Ann Arbor, which opened December 3, 2021.

Barbara has always been welcoming and open with information to anybody who wants to make chocolate on their own. Education about chocolate remains at the core of Mindo Chocolate Makers – from daily tours at the Ecuador facility, Chocolate Making Experiences in the Dexter location, to Truffle Making classes and Make Your Own Chocolate Bar Classes.

Barbara works together with cocoa farmers, employees, her two daughters with input from customers to create the most delicious chocolate possible.

Alright, so let’s dig a little deeper into the story – has it been an easy path overall, and if not, what were the challenges you’ve had to overcome?
We have had many struggles. Lack of equipment designed for small chocolate makers, access to high-quality cocoa beans, things breaking down, electrical issues with the demands of a manufacturing location in my home. COVID, plus all the usual issues that challenge any small business owner.

What matters most to you? Why?
Ethical, honest, high-quality products, environment, happy and healthy people. 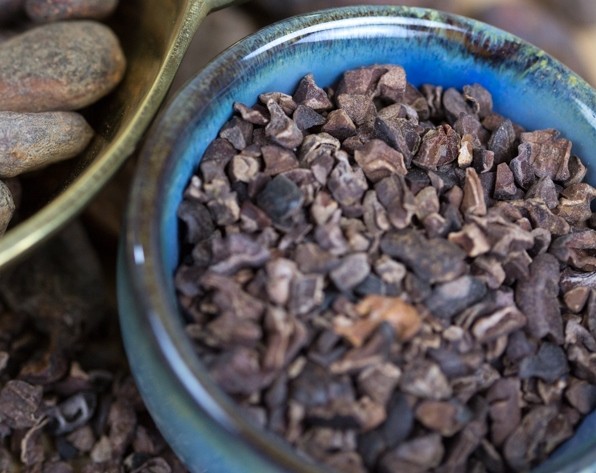 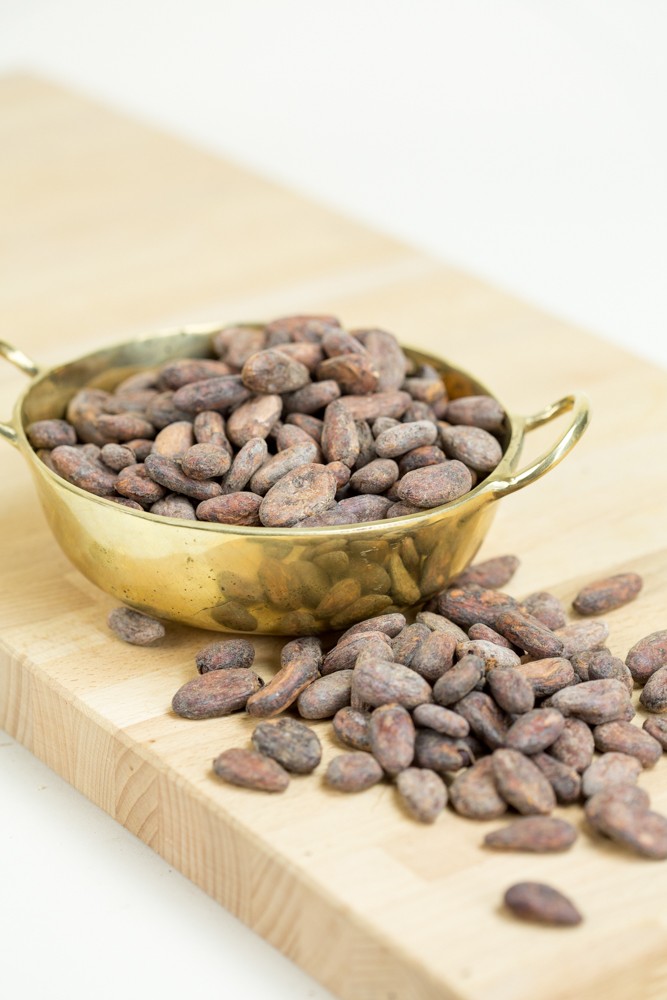 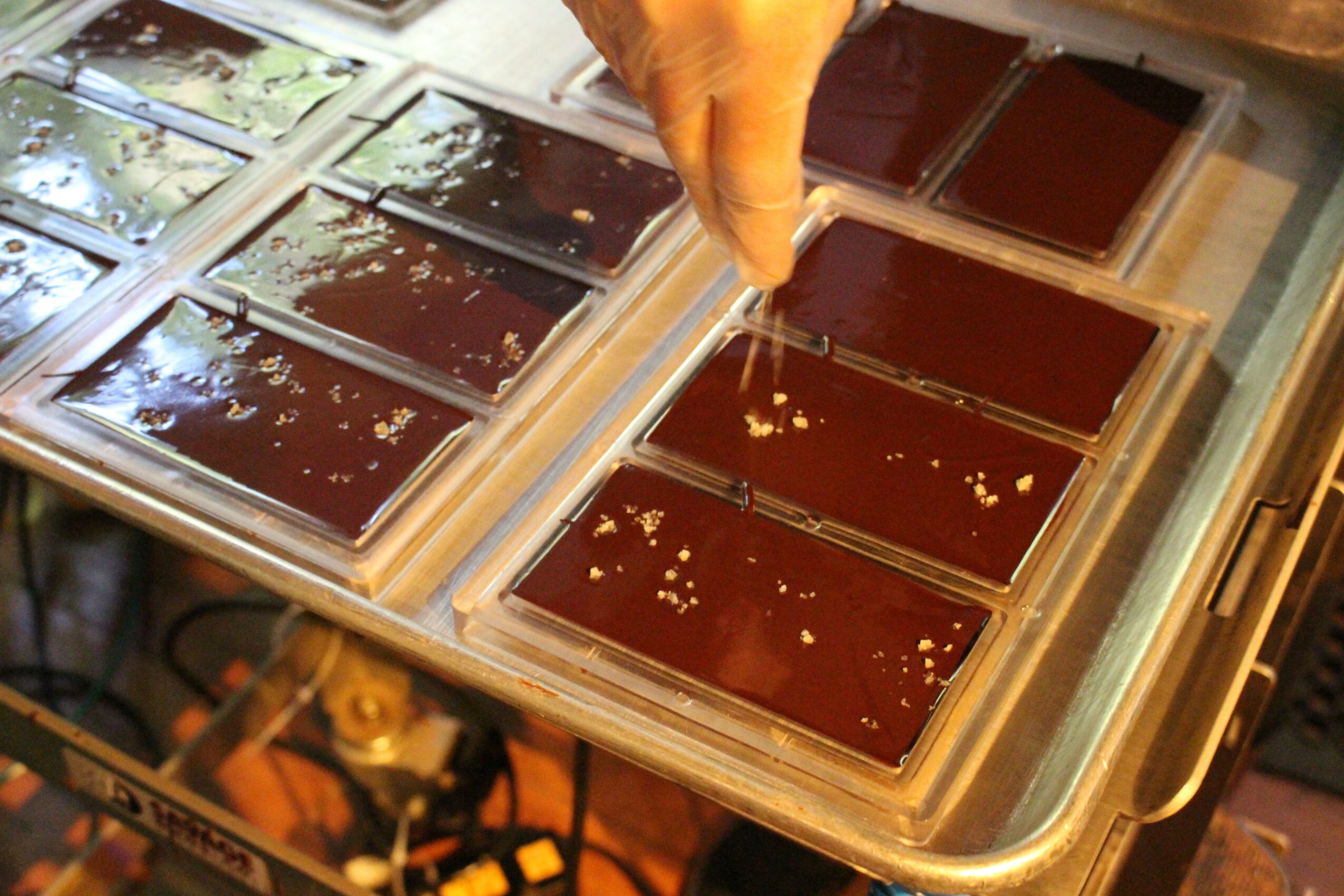 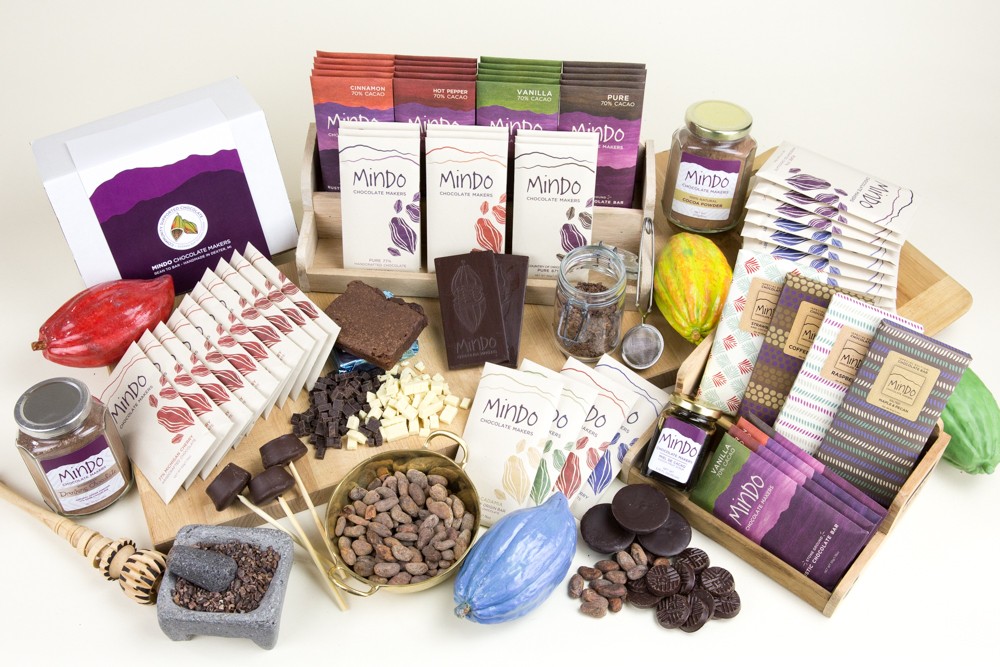 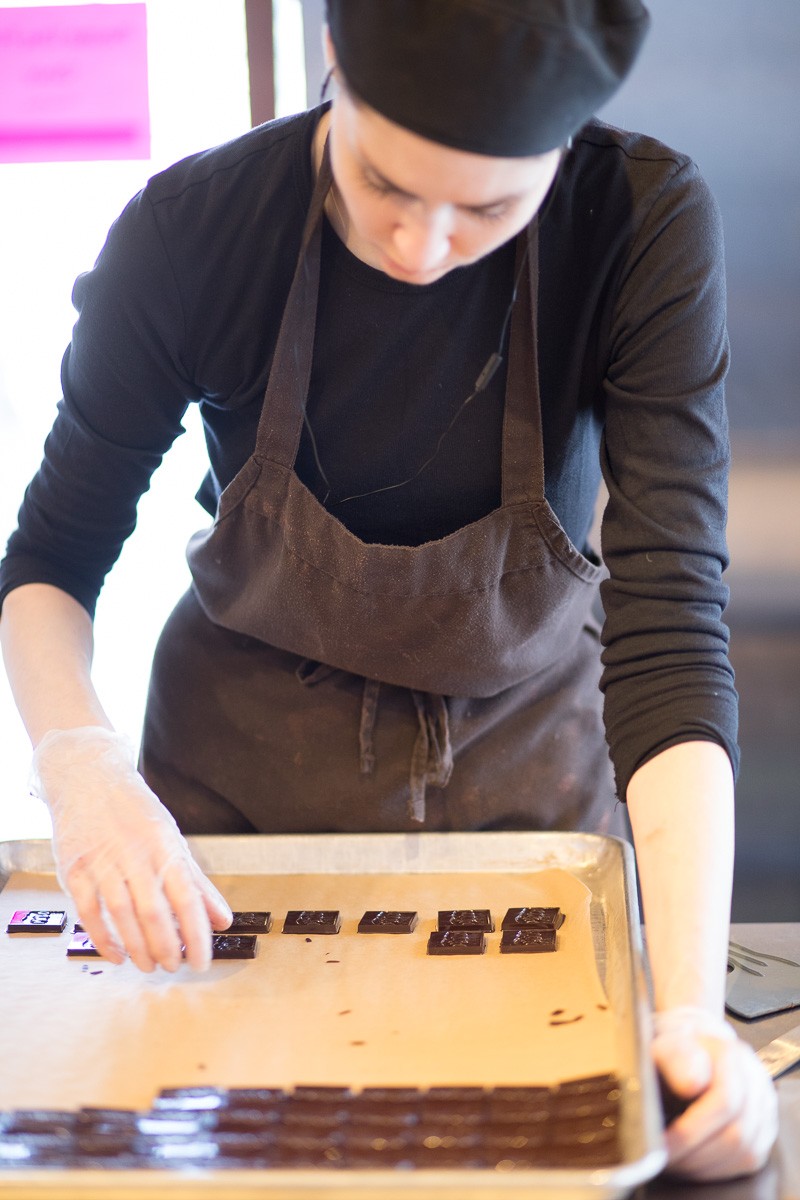 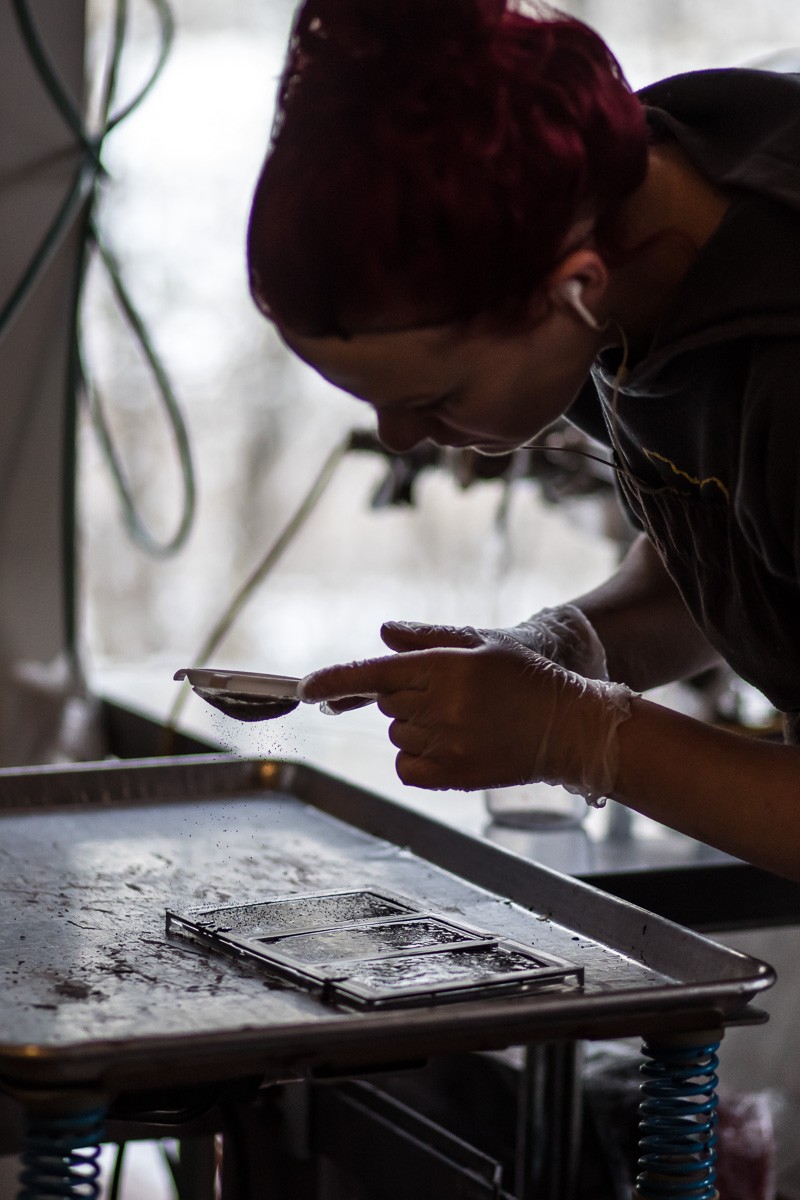 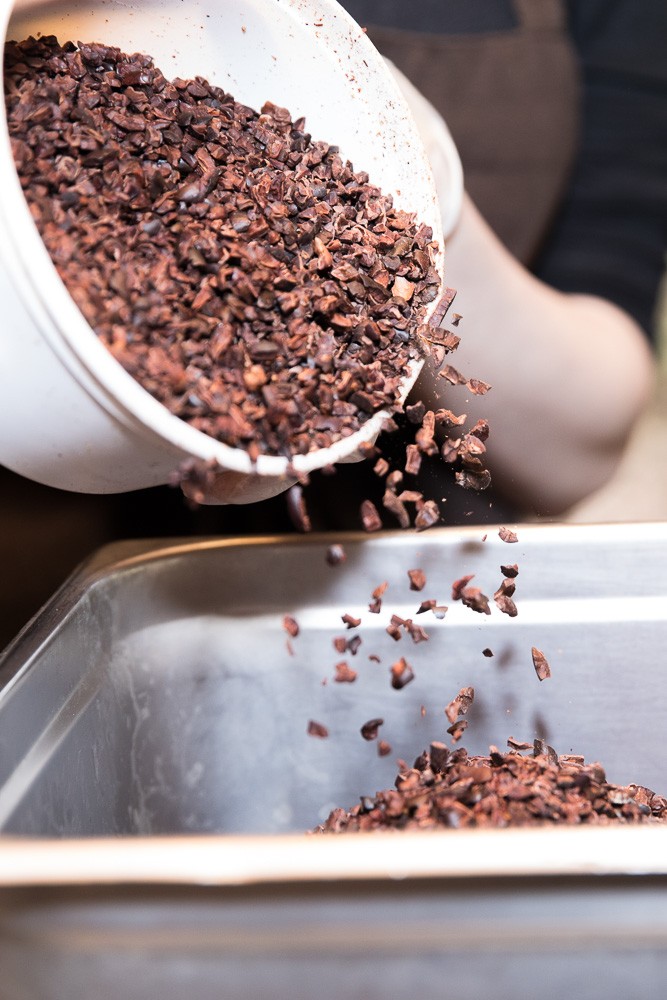 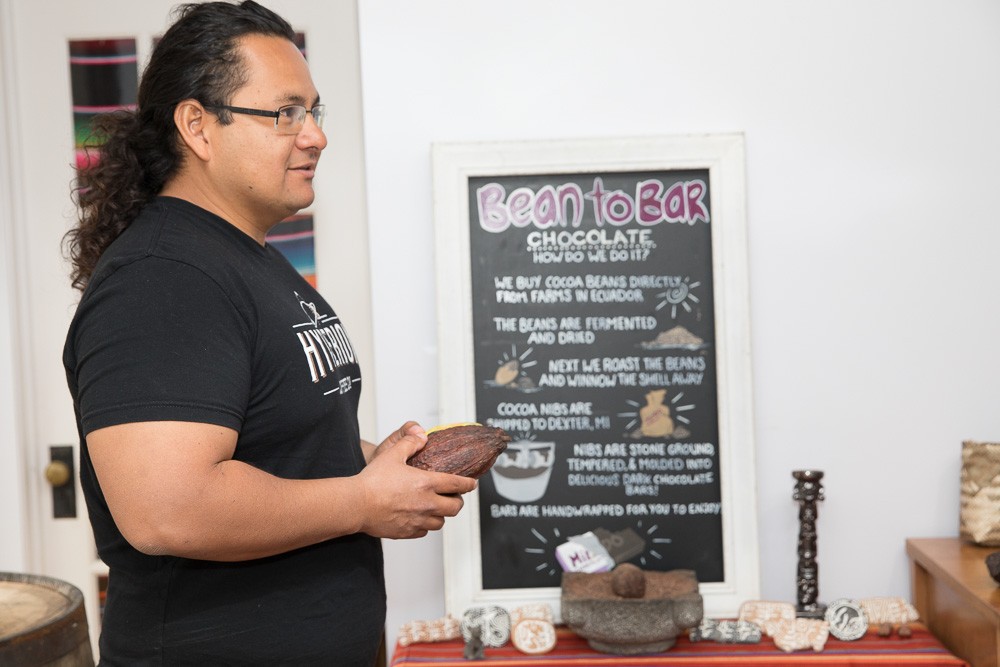 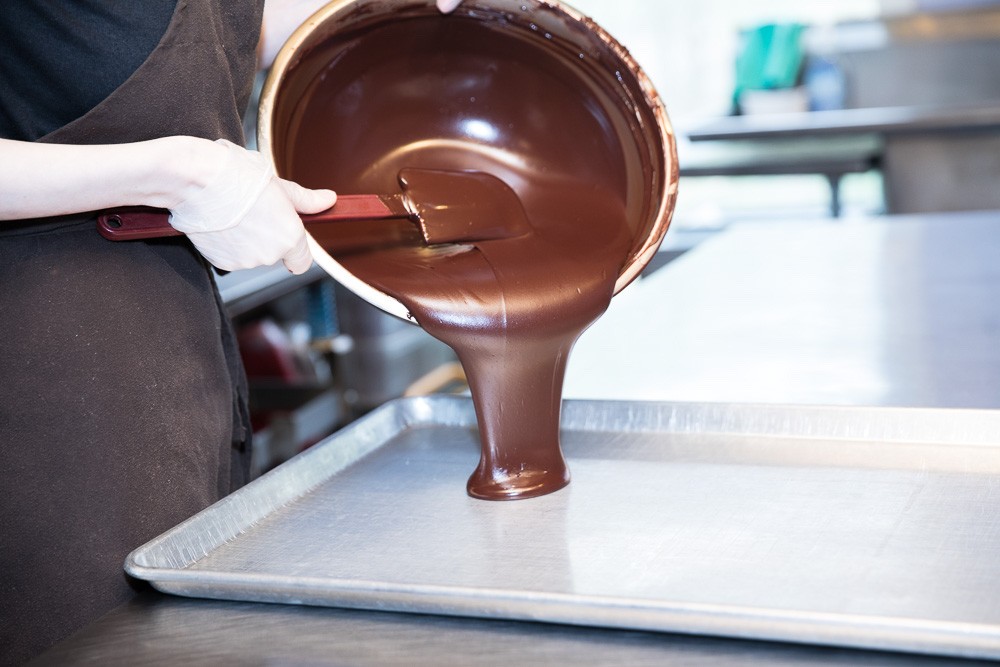 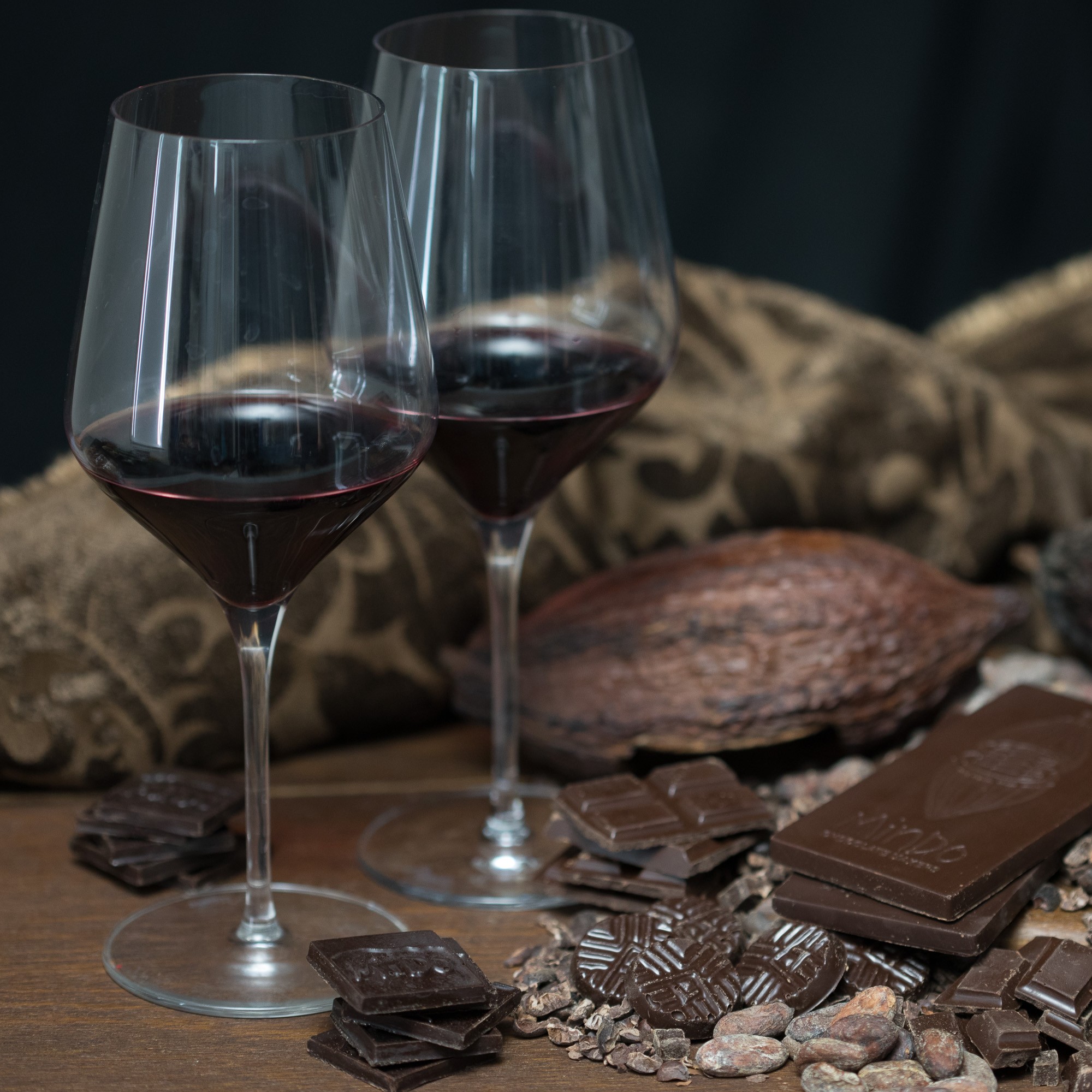