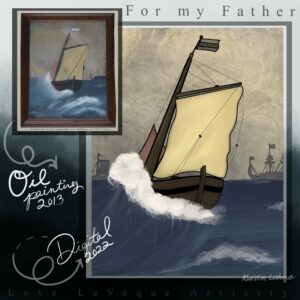 Today we’d like to introduce you to Kurstin Leveque.

Hi Kurstin, so excited to have you with us today. What can you tell us about your story?
As a mom- being a writer and artist comes dead last in my daily life. Since starting up my art portfolio on Instagram @lovelevequeartistry, I’ve begun to open up the creative floodgates again.

For a while, the flow was nonexistent due to the death of my younger cousin, Hanna Rose Barron, who was murdered via gun violence here in Lansing, in 2019. The loss of her, coupled with postpartum depression from having my child less than a month later really took a toll on my creative outlets.

It’s only now in 2022 that I’ve begun the healing process surprisingly through the content I’ve created on my page. It all starts with writing whatever feelings I can’t escape from at that particular moment. ‘The Girl with Eyes like Glass’ became a common thing I would call myself in my writing, which happened to be poetry.

The series became an autobiography of sorts- just things that happened in my life that I rearrange in a way that when you stop reading and read it again, it’ll relate to you a different way. My experiences in life beyond death are troubled as well. Sometimes my stories are so outlandish that they feel like I’m trying too hard to stand out but honestly… It’s just things that have actually happened in my lifetime- and they’re nuts.

So, I have always joked around when I was a local Barista, after sharing some of my stories- that I should write an autobiography one day. I always complained that my family would hate me if I actually published that book, though because it could be rough.

One day, a girl with eyes like the glass was born. I decided to use her in my writings as a disguise for myself. I decided on poetry to remain as vague as possible, but also relate to my readers. I like to call my pomes ‘thinkers’ because if you sit with one pome- you might read it in 7 different ways and take different things from the same words each time.

I had pomes written for ‘The Girl with Eyes like Glass’ written long before I started showcasing them on my Instagram page. They just sat in a folder gathering dust. Same with the artwork I had completed years before.

I wanted to find a way to combine the two and create a portfolio for others to view and potentially request commissions for artwork. Although I definitely want to publish ‘The Girl with Eyes like Glass’ in the future.

Writing and being creative did not come naturally to me growing up as some are inclined to believe. I had two teachers who didn’t stop believing in me- who lit the fire inside me. Who taught me my creative habits- and who polished my voice after chipping away at it over one short year.

Other than teachers- one random person inspired me beyond all. If I could do anything with my life and feel satisfied it would be to meet this woman: Roseanne Barr. I was obsessed with the show ‘Roseanne’ since I could even begin to remember- and I can’t tell you how many times I have rewatched the entire original series. We are probably approaching 1,000 full times by now. Every time I watch the show in a different phase of my life, I am noticing different things- understanding mature influences- relating better, relating to different characters- and learning the essence of the story. If Roseanne Conner didn’t long to be a writer in the series- If Darlene didn’t become a writer in the series- would I have wanted to? No. So, I have to admit- the greatest influence came from Roseanne Barr.

By the time I graduated high school in 2014, I had traveled for my art pieces to be shown, visited museums far away, competed for scholarships, and learned something about myself: I can be proud of myself. Before I met these teachers that wasn’t something that came easily to me either.

For me, right now my portfolio is something that I can be proud of again after everything that’s happened in my life. 26 years and I’ve lived several lifetimes already. Sometimes you just need a little serotonin boost from a finished project or writing to get through the day- a form of healing if you will.

For now, I’m a Dance Mom, Artist, Writer, and Secretary.

Would you say it’s been a smooth road, and if not, what are some of the biggest challenges you’ve faced along the way?
The biggest struggles would be just normal life things- but as I said, my life hasn’t exactly been white picket fence normal, ever. But I’ve always found a way to keep moving.

The hardest struggle was losing my 19-year-old cousin, Hanna Barron, to gun violence just days before delivering my first child. We had been four years apart- but we grew up in the same houses or were neighbors most of our lives. She had become a teen mom and had just given birth to her second child six months before her murder. She wasn’t perfect by any means- but no one, especially those two babies deserved this.

A few months later, I would be married and holding a moment of silence for my cousin Hanna in honor of her never being able to experience walking down the aisle herself. Her mother, sister, and son walked in her place.

Something I’m waiting to share within my writing about situations I’ve been in is also things no one has heard. My writing is the healing process for me, making me sit and revisit the past with the intention to release the negative impact on my life. I have found writing in the particular style of ‘The Girl with Eyes like Glass’ that I might be able to help others sit with their feelings too. It doesn’t feel like you’re reading about me, but you are.

That position with the reader is very powerful to me. Because they could also be the girl with eyes like glass and feel every emotion connected in the writing. Really feel it, grieve it, and let go.

Being able to find the balance between telling the reader about my life and wanting to connect to the reader is the hardest part. Did I mention my family would probably kill me if I actually named names here so… there’s a fine line between what I can do and can’t!

Can you tell our readers more about what you do and what you think sets you apart from others?
As I think I’ve touched on a little before, the girl with eyes like glass series is an autobiography in the form of poetry. I really think that sets my writing style apart from a common writer’s autobiography. It’s not a normal combination- but it’s working for me!

As far as Artwork, my greatest accomplishment would be being showcased at the Lansing Art Gallery in Lansing Michigan. My artwork was up for a whole summer- and I did not shut up about it. It was a piece called ‘For my Father’, featuring a boat in a storm based on a World War 11 painting.

If I had a favorite piece I’ve created, it would be that one- which also later inspired my large forearm tattoo- that a local tattoo artist did for me in 2019. Apparently, I have a thing for storms- because that’s my life- a storm.

We all have a different way of looking at and defining success. How do you define success?
The little boosts of serotonin after completing a project. Gazing at projects for hours afterward and not seeing anything to change and just being proud of creating that. Looking back at the hours it took to make something and finding out it was only minutes. Or even having my daughter proudly show everyone ‘mommies’ drawings’ of her and ask for more.

If one day I make it to publishing and illustrating ‘The girl with eyes like glass’ then- I will have made it, even if it doesn’t sell. Years of work will be in one bound book, and cover to cover will be my own words. As vulnerable as they can be at times- I hope to find someone who feels the same way as me. 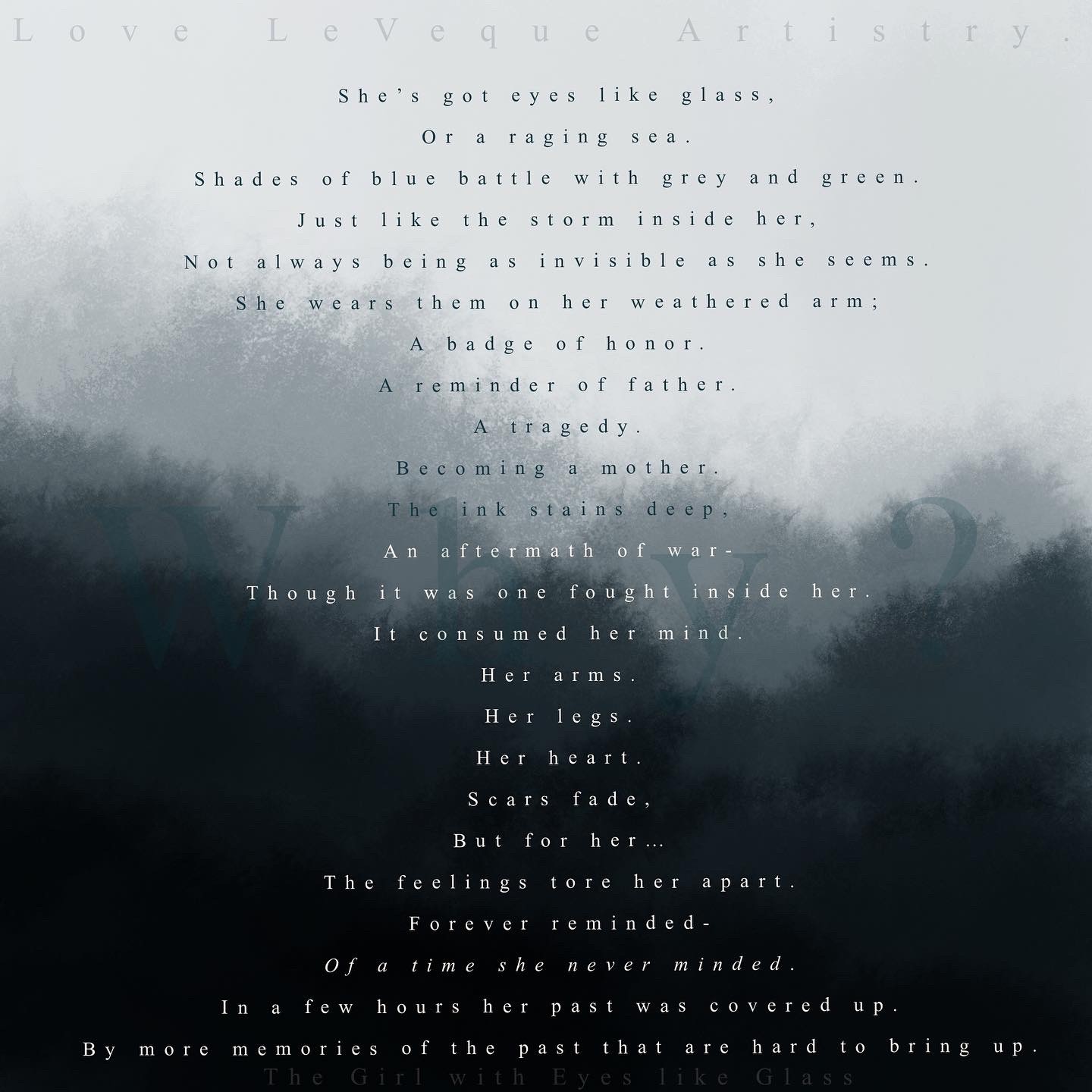 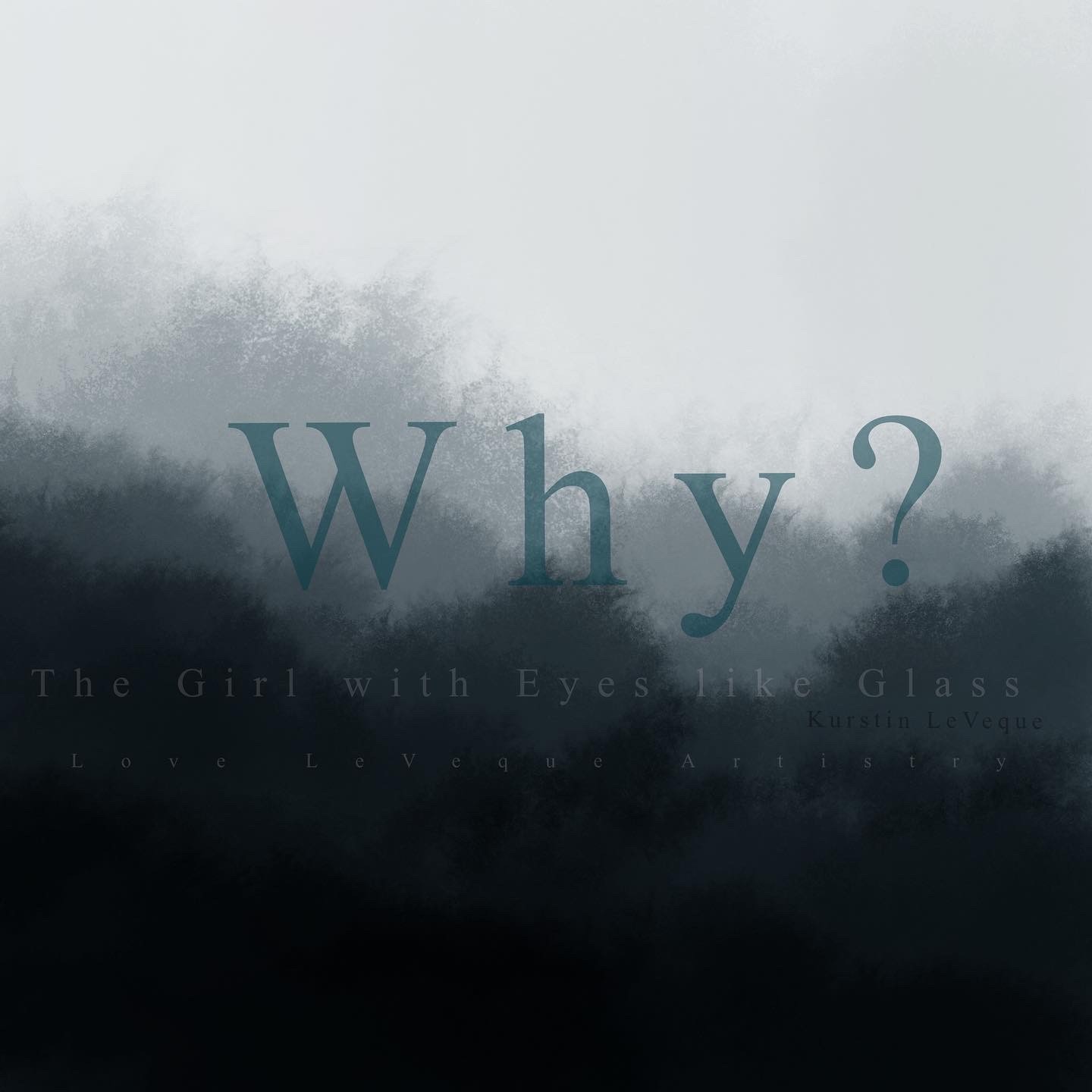 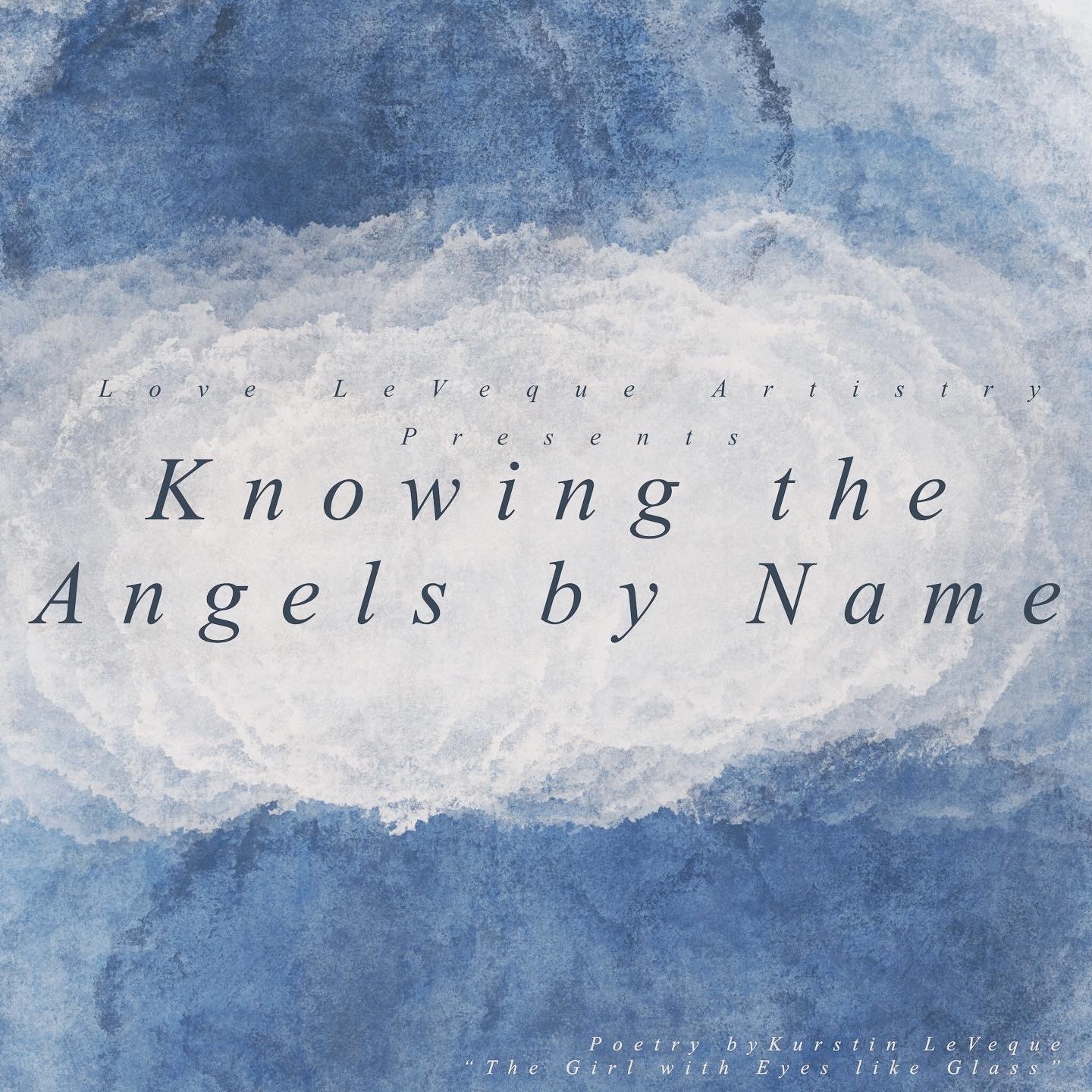 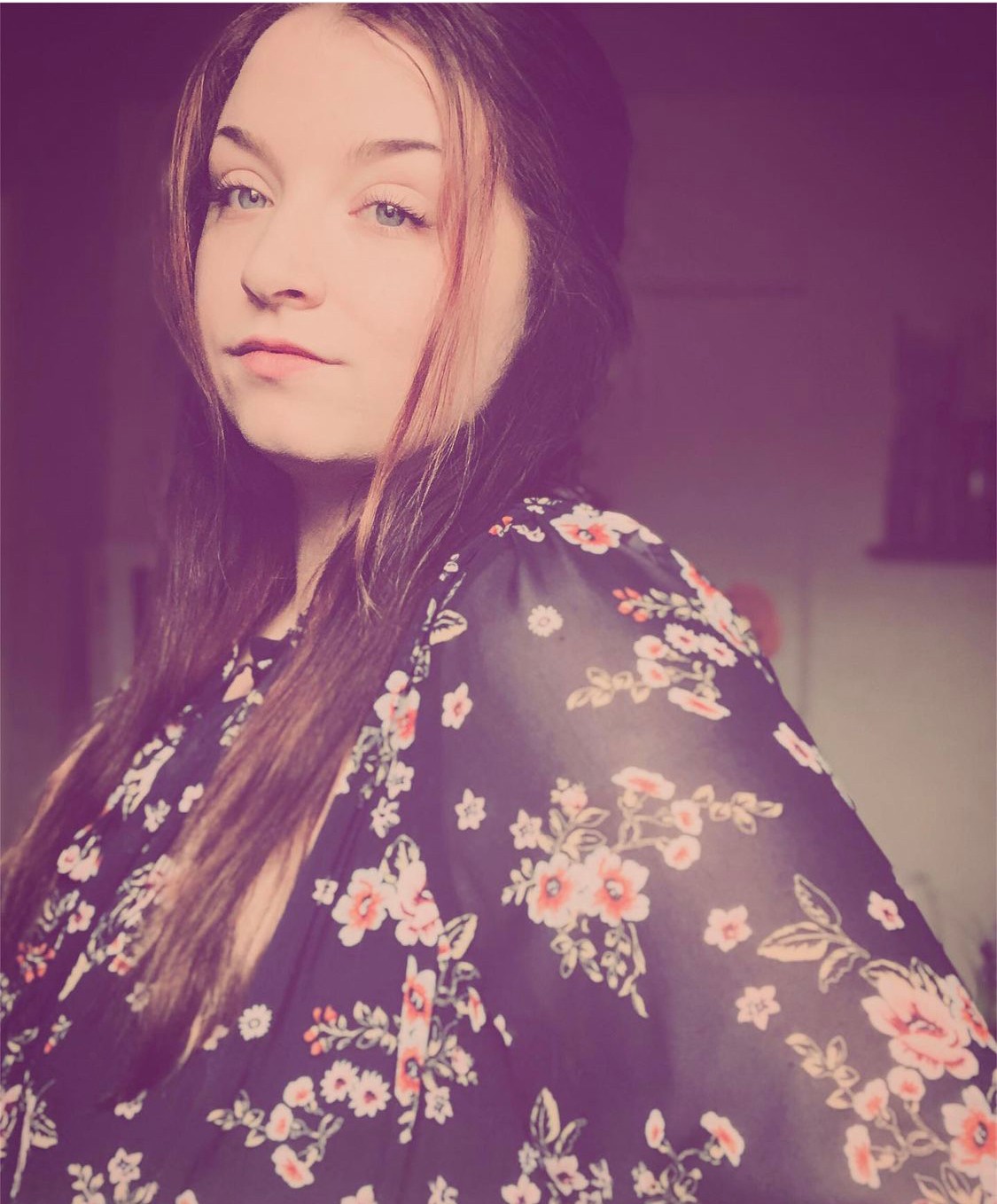 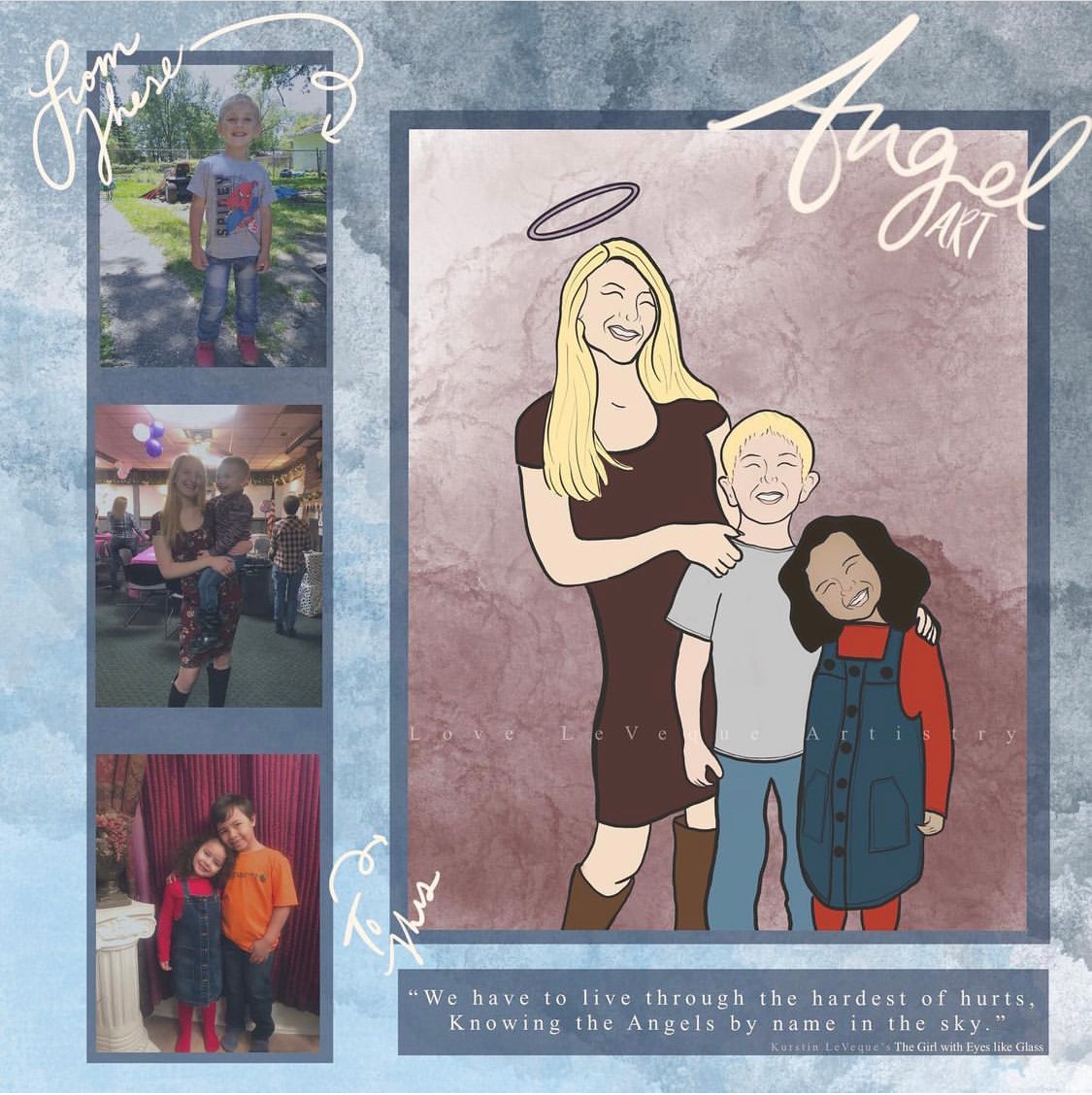 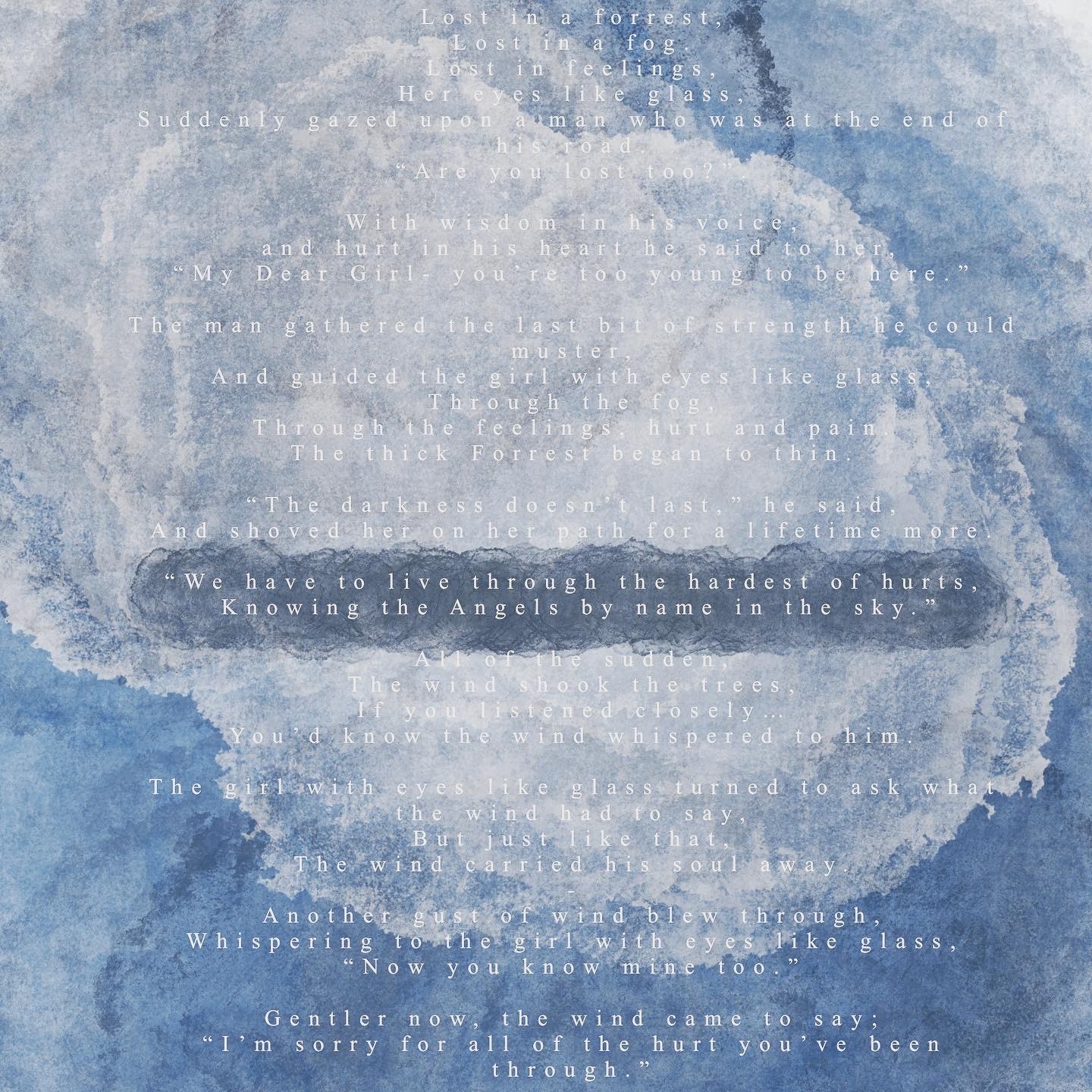 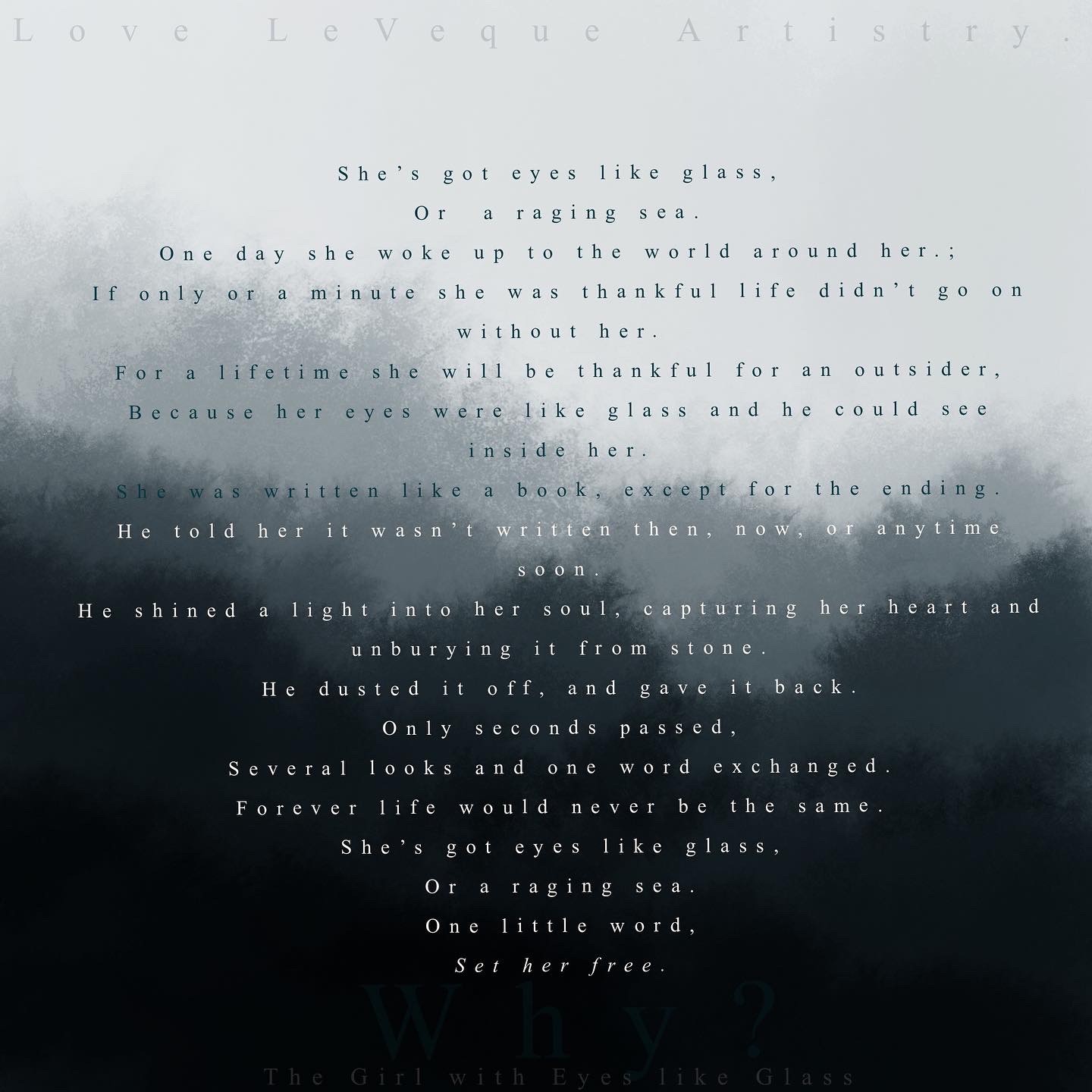