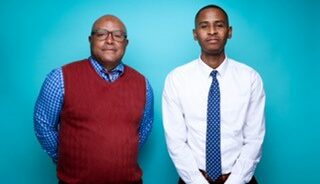 Today we’d like to introduce you to Douglas Brooks.

Hi Douglas, thanks for sharing your story with us. To start, maybe you can tell our readers some of your backstories.
We live in a society where between 64% – 80% of Black people can’t swim and over 240,000 people drown each year. My story began much differently here in Detroit, MI as the son of a special education teacher and high school swimming coach. I swam competitively since the age of 5 at Detroit Adams Butzel Recreation Center and our team had a number of state and nationally ranked athletes. I decided to attend high school at Henry Ford High, where my dad worked, to spend more time with him. We made history to say the least by winning 4 Detroit City Championships and sending 3 swimmers and a diver to the MHSAA All-State Meet, something that hadn’t happened in over 25 years from Detroit Public Schools. My father was a phenomenal coach receiving a Spirit of Detroit Award from the City Council and Coach of the Year many times. I left Detroit in 2009 on an academic scholarship to study finance at Howard University and never thought I would return to aquatics. I spent 8 years in Washington, DC, between school and working in Finance. My father and I always had an idea in the back of our heads since I was 13 and finally decided to pursue it in 2014 when I was 23. We had discussions about creating a product to help people get stronger in the pool, something swimmers and non-swimmers could use during workouts. We used a less sophisticated version in high school on the team to build endurance, not to mention our high school didn’t have a “real” weight room. We hired a patent attorney in 2014 and began the paperwork on our idea. This seemed like a never-ending journey for 5 years and just money pouring out of our pockets for billing hours, research, and various filings.

I decided to move back to Michigan in 2018 to pursue a job at Detroit Public Schools working in finance as a Special Projects Consultant. This was my dream job to return to my school district and work in the field that I studied. Also, Detroit Public Schools was recovering from a recent bankruptcy, and the opportunity seemed second to none. After about a year working here, the United States Patent Office finally sent an email that I had been waiting to receive for 5 years saying our patent was granted. I almost passed out at work and couldn’t think straight for a few days. I had been creating prototypes for about two years before the patent was granted in my passing time, but now it was officially here, and I was at my dream job working for the CFO and Executive Director of Special Projects of Detroit Public Schools. October 2019 was the month when the patent was granted, and I began building a website while fine-tuning prototypes and seeking manufacturing. These few months were great between work and entrepreneurship after work until about March 2020. COVID closed every single pool in the Country, and it was nearly impossible to test, receive feedback, or get anyone for that matter in the product.

I kept focusing on my projects at work until about January 2021, when the first pool opened up at LA fitness with one person per lane. This gave us the opening we needed, and I got as many people as I could to sample the product. We had professional swimmers try it, collegiate athletes from other sports, and even people with spinal injuries on the Detroit Pistons Wheelchair Basketball team, and the feedback was consistent. People loved the tool for exercise, and this was motivation to continue. We completed an independent study in 2021 on swimmers’ performance and a study with a medical team in 2022 on people with chronic pain and injuries showing progress from both groups. I resigned from my dream job in March 2022 to follow a dream idea my father and I started which was to bring the Drag Jersey to the world by way of our brand Team Swift Gear.

My father and I created the company Team Swift Gear with a vision of eliminating the drowning rate and a mission of encouraging all people to use aquatics exercise, therapy, and rehabilitation. We have since partnered with the American Swimming Coaches Association to support our mission of helping athletes reach their greatest potential. We have partnered with Huron Clinton MetroParks to offer free water and safety lessons during the summer. Our ultimate goal is to get people in the water to treat their pain and get stronger. The water is a natural healer for many muscles/joints, and the drag jersey adds resistance to get users stronger. We have other products coming in the pipeline in the near future, and we are excited to see what the future holds for the drag jersey in exercise and rehabilitation. Outside of aquatics, this path I am blazing has shown me that everyone has an idea that is worth pursuing, and we can help more people if we follow our hearts.

Alright, so let’s dig a little deeper into the story – has it been an easy path overall, and if not, what were the challenges you’ve had to overcome?
There have been a number of struggles on this path. Patent lawyers can run 13K plus and this was extremely hard for a recent college graduate living in DC. I paid monthly installments for two years, not knowing if I would receive a patent or not.

The patent process itself is not the smoothest road, but it is a road anyone can make it past if they do not give up.

I was granted a patent in Oct 2019, and then all pools closed down by Feb 2020; this pushed back plans, marketing, testing, and pools still have many restrictions on them making it difficult to create the perfect looks or images

Deciding when to leave a job for entrepreneurship is a difficult decision. Some people think “let’s just wait until the big bucks are rolling in,” but this was not the case for me. I had to go with the people, we were doing studies and test and I could not be 100% at work.

Working with family comes with its challenges because there is more than a business relationship, but there are many advantages when synergy and good spirits are present.

Can you tell our readers more about what you do and what you think sets you apart from others?
Team Swift Gear has created a hands-free aquatics resistance jersey that can be used for swimming, exercise, and rehab in the pool. This tool creates team comradery and has a positive impact on lifestyle for the people using it. I am most proud of the patent I was able to receive with my father and the medical study showing the drag jersey helps with pain, gait, balance, and blood circulation. I do not believe anything sets me apart from others, I feel connected to everyone, and I am sure my struggles and wins will help them succeed. I also am proud that my alma matter Howard University is using the drag jersey for training and recognize the value of our products. We look forward to getting every swimmer and person going through rehab in our tool.

We’d love to hear about what you think about risk-taking.
Risk is very important and most people will seem discouraging while you’re being this big risk taker, it’s only because they want you to be safe. There are times I had to be two places at once (work and a conference call) or times where I had to call off work to meet an athlete or just daily risk with money. The real risk to me felt like letting another 10 years pass, and we were still talking about a “what if” idea. 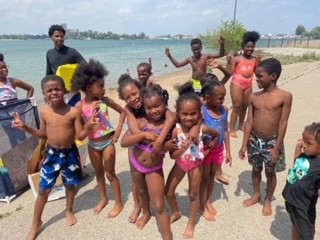 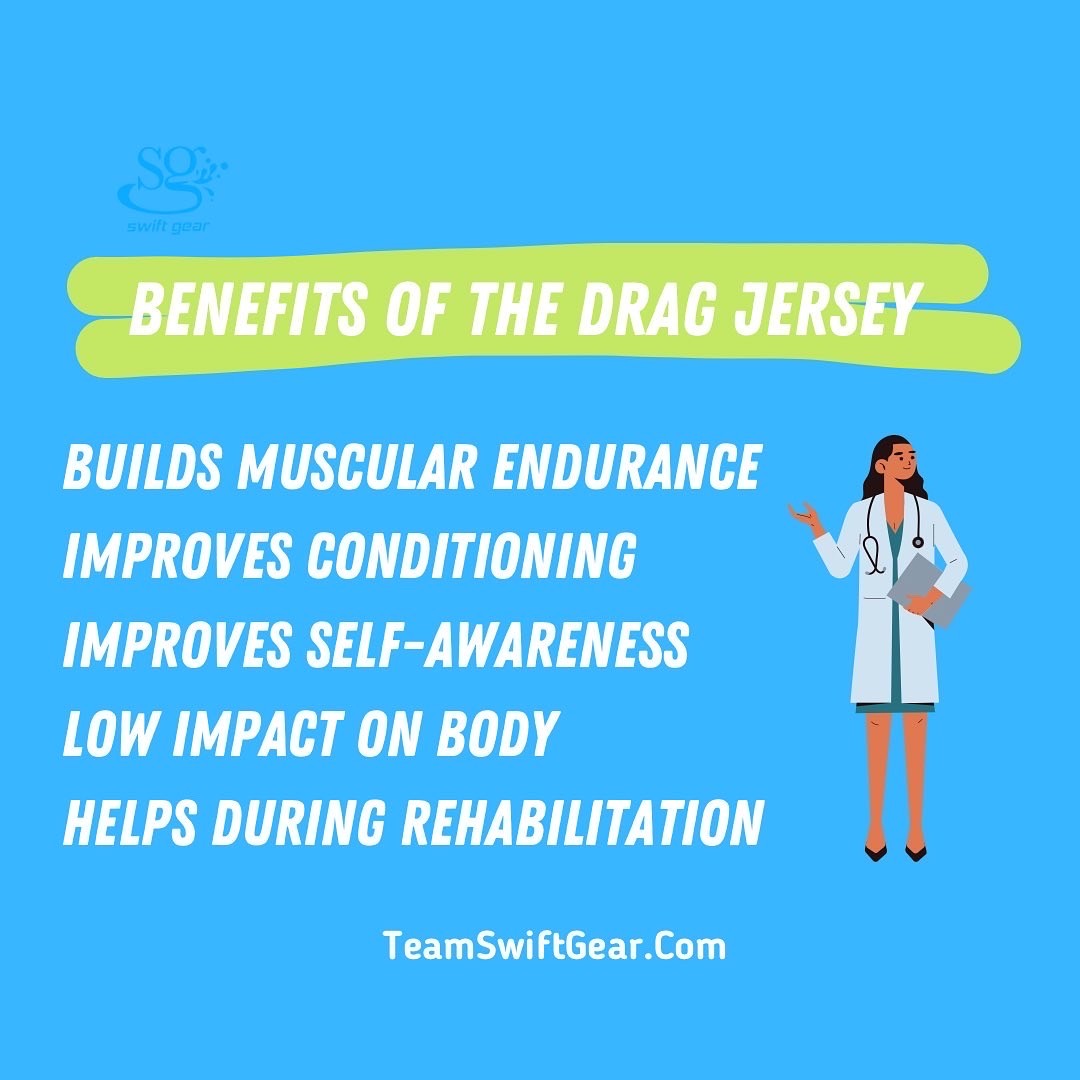 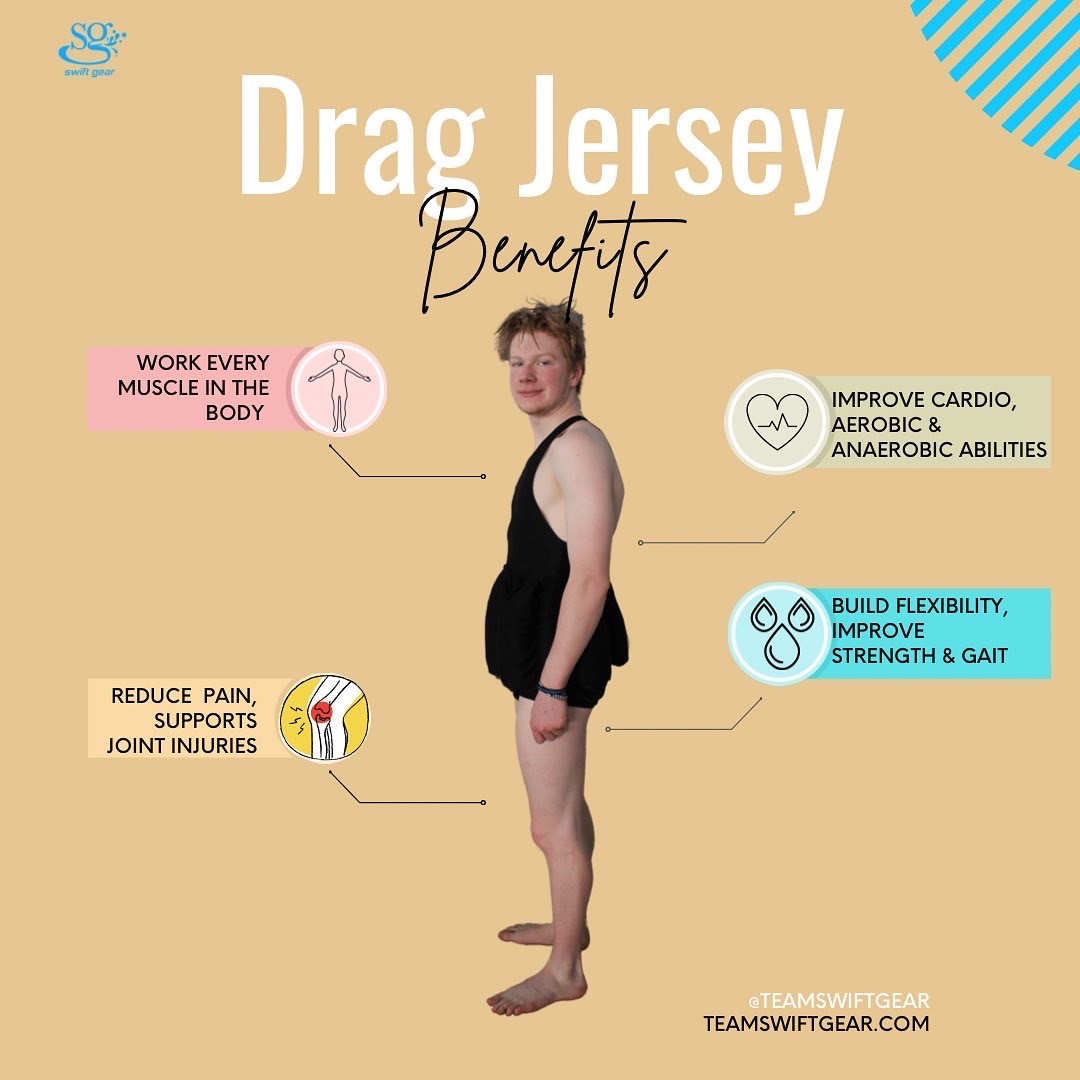 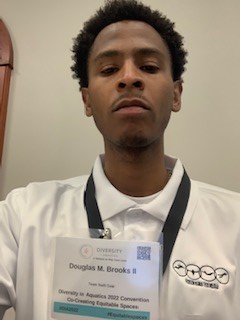